Officers say that two cards from the lost wallet were used to make contactless payments at Morrisons, in Uffington Road, Stamford, on September 30 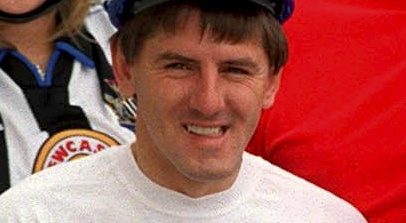 Lincolnshire Police released a snap of the man who was captured on CCTV in Morrisons.

Two bank cards from a lost wallet were used to make contactless payments at the store in Stamford, Lincs., on September 30.

After police issued the image, social media users poked fun at the suspect, saying he looks like the former Liverpool striker Peter Beardsley.

Others said the crook looked like Blakey from On The Buses.

“Maybe he’d picked up Ian Rush’s wallet and thought he owed him a few quid from back in the day!”

Barrie Collins wrote: “Looks like the lovechild of Adolf Hitler and Postman Pat.”

A police spokesman said: “We are investigating an incident of theft by finding along with a subsequent incident of fraud.

“We believe a wallet was found on September 30 at Morrisons on Uffington Road in Stamford.

“The cards were then used to make two contactless purchases.

“We could like to speak to the man pictured in connection with the incident.”

The dad of Joe Gomez said he’s proud of how his son handled the canteen clash with fellow England star Raheem Sterling which left the Liverpool defender with a scratched face.

But Augustus Gomez said he did not blame Sterling for the bust-up, and confirmed that the Man City ace has apologised to his son.

He said his son just wants to “smile and be happy” while focusing on football and spending time with his family.

Augustus, 59, said his son is “doing okay” and was looked after by his wife Tamara at their Liverpool home where they live with their son Kyrie.