But Augustus Gomez said he did not blame Sterling for the bust-up, and confirmed that the Man City ace has apologised to his son 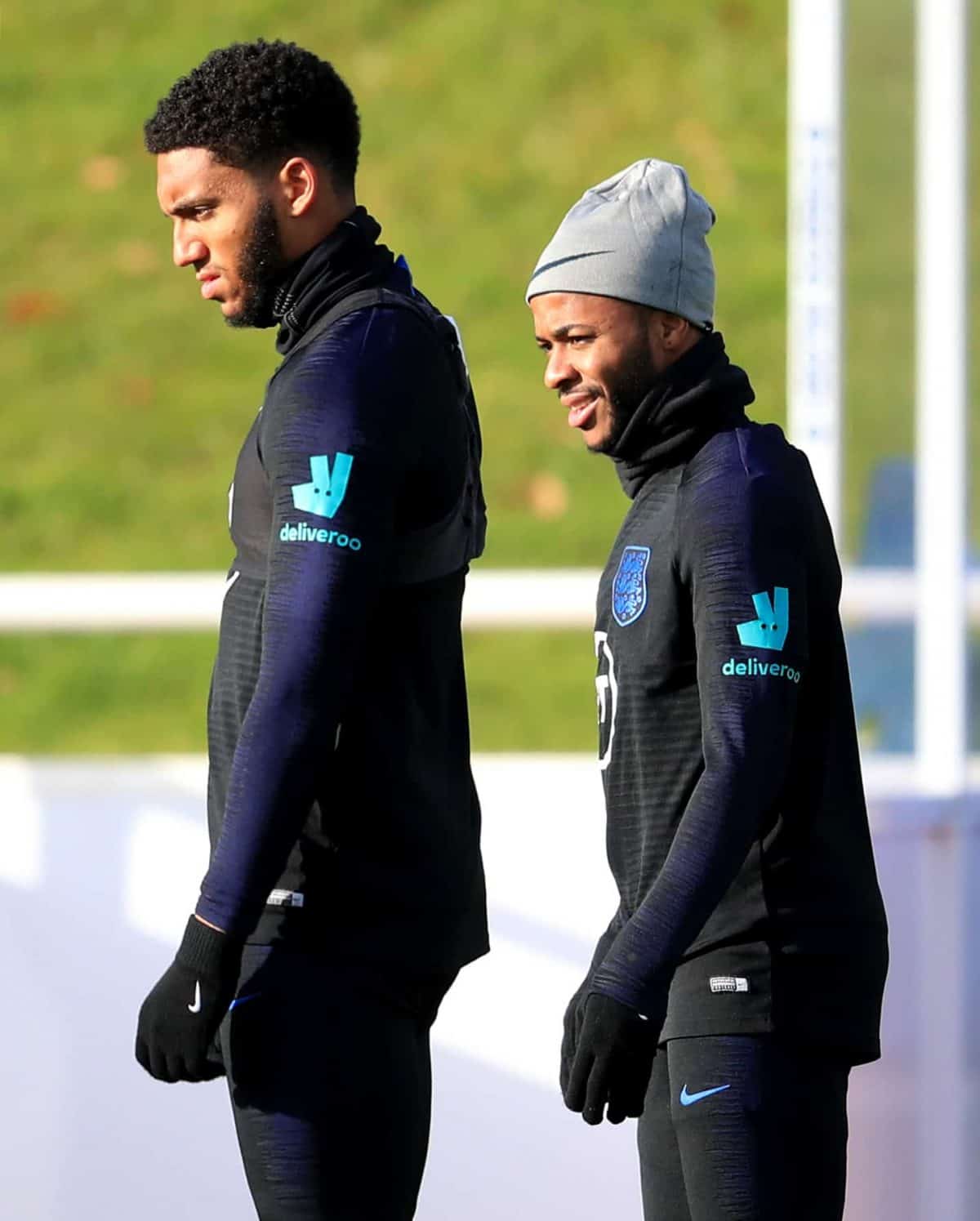 The dad of Joe Gomez said he’s proud of how his son handled the canteen clash with fellow England star Raheem Sterling which left the Liverpool defender with a scratched face.

But Augustus Gomez said he did not blame Sterling for the bust-up, and confirmed that the Man City ace has apologised to his son.

He said his son just wants to “smile and be happy” while focusing on football and spending time with his family.

Augustus, 59, said his son is “doing okay” and was looked after by his wife Tamara at their Liverpool home where they live with their son Kyrie.

Speaking at his home in south east London last night , he said Joe was “not expecting” the bust-up with Sterling – but he was proud of how he handled the situation.

Augustus said: “He wasn’t expecting it, it happened, he brushed it away and he carried on.

“He trained today, he is fine apart from the scratch on his face.

“He is fine, he is definitely fine. I spoke to him, I spoke to his agent; let him just be happy and smiling and so-forth.

“He is very passionate about what he does.

He added: “We just want to see that Joe is happy, that his wife is happy, we are happy and that is it.

“Of course Tamara has been taking care of him.”

When asked if he was upset to hear of his son’s scratch, he said: “It is normal.

“Young people are very ambitious and very willing to win for their team and that is what happens.

“If Liverpool were losing, one of the players would be agitated as well.

“Raheem Sterling? it is not his fault. Fans were agitating him and he took it out of his frustration.

“We all understand that; it is football, we are human beings.”

Mr Gomez said Joe is the third of five children who all play football.

He added: “They are trying to focus on him all the time, it is distracting him.

Mr Gomez said he advised his son to “stay low” and agreed it is important to him to be a good role model.

He added: “I have asked him to stay low.

“He wants to be like a normal person and run around like normal on the pitch, smile and be happy, go home, be with his wife and his son.

“His main focus now is to play football and to forget about the hype. It is something he does not want to talk about.

“He keeps his head low.”

When asked if the incident came as a surprise, Mr Gomez said: “It is a surprise to me and you and everybody.

“We want to see our son playing and doing things that he loves to do.

Mr Gomez said he and his son’s outlook is to “do good things and be happy” and that he is proud of how he dealt with the situation.

He added: “It is something that he has taken from this door.

“He stepped out of this door the day he went to Liverpool and he walked away with that attitude.

“He went and spoke with Gareth Southgate. You don’t have to say ‘yes I’ve got him.’”

When asked if Joe was looking forward to the Euro 2020 finals next summer, he recalled how injury cost him his World Cup place last year leaving his son and the rest of the family heartbroken.

He said: “He was selected to go to Russia, it broke his heart.

“He was selected and he got injured in Holland, it is breaking our heart. We don’t want to see that.

“Everything we booked, everything was cancelled. Nobody wanted that.”

He added: “Those stories of the Euros and whether he is going or not going – he is one of the players.

“If he doesn’t make it: fine; if he makes it: fine; let him carry on with what he is doing.”

Jadon Sancho ‘ready to quit Dortmund’ as Liverpool join Man Utd and Chelsea in transfer race for £100m England star, according to reports.

Dortmund are also thought to have begun their search for a replacement after club chief Michael Zorc revealed in September that the club are resigned to losing Sancho.

He said: “No decision has been made.

“But you don’t have to be a prophet to know he won’t play here for another five years.

“He has taken this positive development [at Dortmund]. I doubt that would have been possible with top English clubs.

“We trust players very early, and we are not afraid to let them play. He acknowledges that.”