Rodger’s message to Newcastle, Chelsea and Arsenal as they sniff around his stars

Rodgers also spoke out about his club's lack of activity bringing players in during the summer transfer window. Leicester yet to sign a single player. 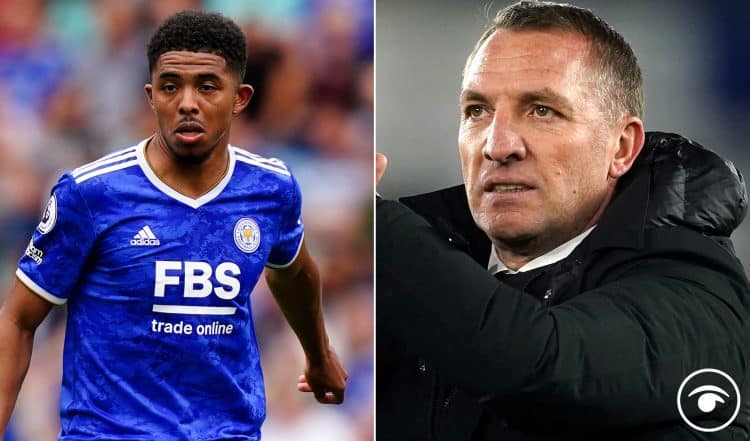 Leicester City manager Brendan Rodgers is on the front foot as a number of clubs are trying to sign his star players.

If that wasn’t enough Arsenal are keen on Youri Tielemans. However, there has been no official offer at this time.

Brendan Rodgers has insisted Leicester will not be “exploited” by these clubs buzzing around his squad members.

He also spoke out about his club’s lack of activity bringing players in during the summer transfer window. Leicester yet to sign a single player.

He also spoke about Kasper Schmeichel’s potential move away from the East Midlands.

Rodgers is determined to keep his best players and is adamant defender Fofana is going nowhere.

He said: “No, he’s not for sale. When we looked at him he had made 17 league starts. Everyone had a look at him back then but he’s come here, really flourished and developed, not just as a player but as a young man.

“He really respects the club, I’ve got no doubt that in the future he’ll be on that (highest) stage but he’s very comfortable, he feels good here.

“He has a great relationship with his team-mates which is important and there’s no doubt he will grace that stage. But for now he’s here, he’s developing and like I said he’s not for sale.

“He’s maybe got an opportunity to get himself in the France squad for the World Cup and for that it’s about playing, so I’m pretty calm on it. I’ve had long chats with him.

“He can’t stop the speculation but he’s very concentrated on his work here and very focused on his development.”

He doesn’t seem keen on selling Maddison either!