"Priced out of another move, classic," said one person after the fee Newcaslte would need for James Maddison was calculated. 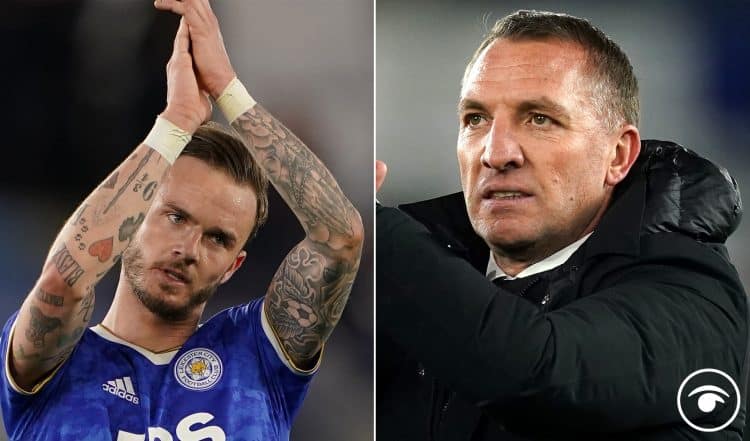 Leicester City boss Brendan Rodgers has been bullish in his attitude to Newcastle United’s bid for James Maddison.

“He’s still very much a player here,” he said following his side’s pre-season win over Sevilla on Sunday. “You see his performance, you see how happy he is and he’s not a player we want to sell.”

He declared that the Leicester City attacking midfielder is not for sale amid interest from Newcastle and said the rejected £40m offer from the Magpies on Friday would cover “three-quarters of his left leg”.

Yes, you read that right.

He is some player though.

So someone on Twitter worked out how much he would cost under Rodger’s calculation and it is £319m!

However, he only has two years left on his contract, so this could be Leicester’s last chance to cash in for big money, if indeed he wants to leave.

Hard to disagree with this comment: “Priced out of another move, classic.”

But Newcastle have failed to land a goal scorer in the summer window.

Moussa Diaby, Anthony Gordon and Jack Harrison are among the wingers recently linked.

This lad still has hope though!