The gold Lancashire Combination Championship medal was presented to Evan Reginald Lloyd, known as 'Reggie', when The Reds clinched the 1896/7 season title 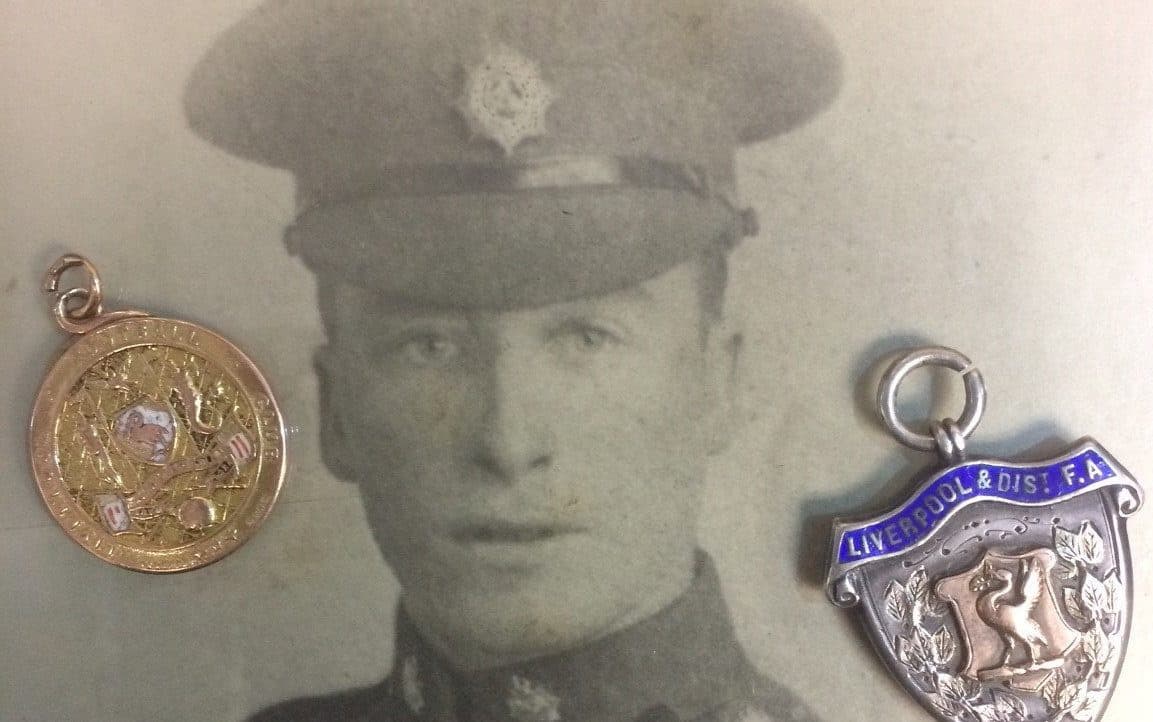 A rare medal awarded to a Liverpool footballer 122 YEARS AGO is up for sale.

The gold Lancashire Combination Championship medal was presented to Evan Reginald Lloyd, known as ‘Reggie’, when The Reds clinched the 1896/7 season title.

Auctioneers are expecting the lot to fetch thousands of pounds when it goes under the hammer on Thursday (August 22) – so football fans will have to dig deep.

The item is being sold alongside two never-before-seen photos of Mr Lloyd, which show him serving as a soldier in the First World War, and several other medals.

David Wilson-Turner, head of the sports memorabilia department at auction house Hansons, said: “Lloyd signed for Liverpool in 1897, just five years after the club was founded in 1892, and went on to win his gold medal when the Reds won the Lancashire Combination Championship that same season.

“We don’t know too much about Lloyd’s skills on the pitch but, in September 1900, the Lancashire Evening Post described him as ‘sharp as a needle, a somewhat tricky player, and a good shot’.

“For any Liverpool fan or collector this is an opportunity to own a piece of history relating to the early glory days of one of the biggest and most successful football clubs in the world.”

He continued: “He also served his country in Egypt during the First World War and two framed images of him during the conflict are being sold with three of his medals.

“On one of the pictures he’s seen riding a camel in army uniform.”

The following year he moved to Liverpool Caledonians and then Liverpool Leek.

He signed for Liverpool FC in 1897 and later went on to play for New Brighton, Tranmere Rovers, Birkenhead and Chorley.