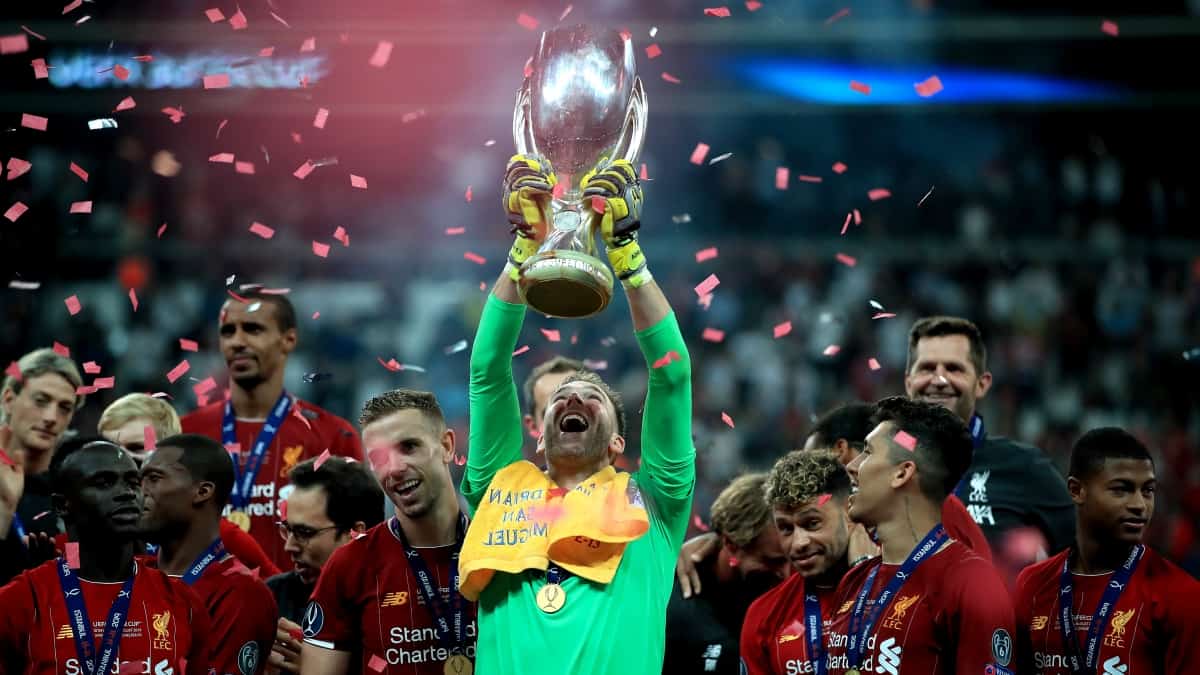 Liverpool, just like that memorable night 14 years ago in Istanbul to clinch the Champions league from AC Milan, emerged triumphant on spot-kicks as recently signed reserve keeper Adrian denied Tammy Abraham as Jurgen Klopp’s side won the shoot-out 5-4 having settled for 2-2 after extra time.

Liverpool’s European triumphs continue, and you wouldn’t put it past them to go all the way in the Champions League again this season.

Jurgen Klopp even went into Rocky Balboa mode after his new goalkeeper Adrian became the hero of the game.

Liverpool goalkeeper Adrian admitted his first week at Liverpool had been a crazy one after he helped his new club win the Super Cup with a save in the penalty shoot-out victory over Chelsea.

However Chelsea boss Frank Lampard took some positives from the match he said: “After Sunday, tonight was another level, and we were unlucky not to win. We’ve got three games now till the international break and we’ll try to win them all.”

Injured Goalkeeper Alisson was full of praise and tweeted his pleasure at the win.

The former West Ham keeper had found himself without a club after leaving the London Stadium but Liverpool manager Jurgen Klopp brought him to Anfield as back up to Alison Becker.

But when the Brazilian was injured during the 4-1 win over Norwich, Adrian came in and then started the Super Cup match against Chelsea in Istanbul, picking up a winner’s medal after saving Tammy Abraham’s spot-kick as the Reds won the shoot-out 5-4 after the game ended 2-2 following extra time.

Liverpool defender Virgil van Dijk speaking to BT Sport: “It was a good game to watch for a neutral, but it was tough for both sides. They played well and we had moments of good football, especially at the beginning of the second half.

“We put them under pressure and created chances. We played a higher line and won the second balls. At the beginning (of the game) the gaps were too big.

“I said before the game that anything can happen in a final and in the end the penalties decided the game.

“I told Adrian before penalties he could be the hero tonight and he did it so I’m happy for him and for the club.”

Adrian told BT Sport: “Welcome to Liverpool. It was a crazy week.”

Adrian praised his team-mates, adding: “With them, it’s so easy to play at the back.

Adrian revealed he had tried to pull out of the challenge on Abraham which led to the penalty for Chelsea’s second equaliser during extra time.

He said: “I tried to stop when I saw him. I touched him but he was looking for that.”

The game had gone to extra time after a Sadio Mane double had cancelled out Olivier Giroud’s opener for Chelsea before Jorginho’s penalty took it to a shoot-out.

Klopp and captain Jordan Henderson both praised the part played by Adrian.

The Liverpool manager paused his TV interview to call out the keeper’s name and referenced a scene from the hit film Rocky.

Henderson added: “I’m delighted for Adrian who’s just come into the club and he’s the hero.”

Klopp has also considered allowing Dejan Lovren to join Serie A side Roma this week.

The Italian giants were tipped to make a £15m bid for the Croatian centre-back, who is fourth choice at Liverpool, with the two clubs having been in talks.

But Football Insider suggest Roma only have plans to sign Lovren on loan with a view to buying the defender permanently in a year’s time, which Liverpool are unlikely to agree to.