Phoebe Waller-Bridge’s award-winning comedic play, directed by Vicky Jones, is in the West End for its first, and last, run. 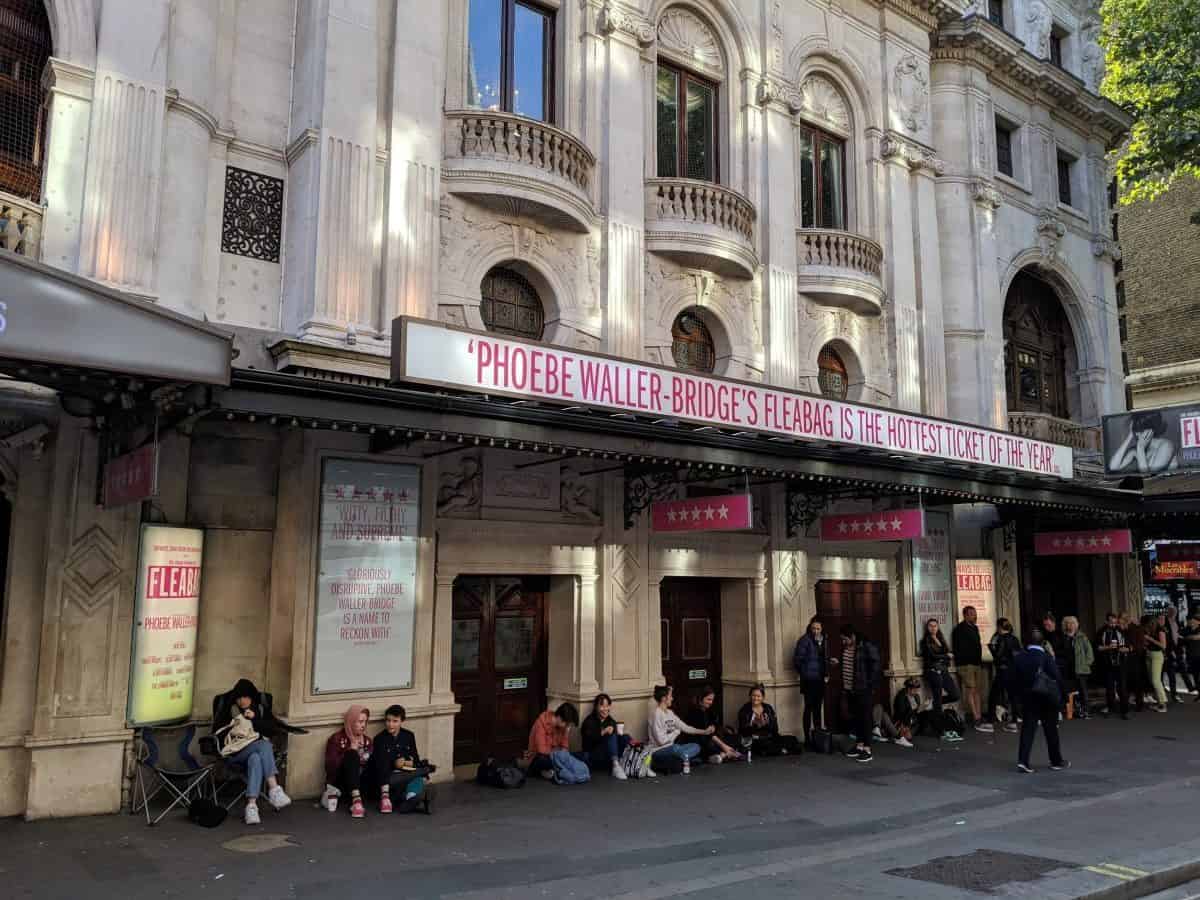 Dozens of theatre fans were queuing at the crack of dawn to bag a seat for the first night of the award-winning Fleabag play.

Phoebe Waller-Bridge’s award-winning comedic play, directed by Vicky Jones, is in the West End for its first, and last, run.

Following a sold-out run in New York, there will just be 30 performances at Wyndham’s Theatre running from tonight (Tues).

Some dedicated fans waited up to five hours on the London street to get their tickets for the UK premier performance, because only a few dedicated fans will be able to grab the small number of standing tickets available, for just £10.

Josie Greenwood, 20 from London, and Maggie Moore, 21 from Chicago, were the first in the queue.

Josie said: “When I saw Fleabag, I just thought Phoebe Waller-Bridge was just the most amazing person in the world.

‘Some people are taking the risk with the raffle.

“If you actually want a guarantee of getting a ticket, you’ve got to be dedicated.’

The BBC dark comedy has had such a big impact on the two young fans for many reasons.

Josie says its conceit of breaking the fourth wall makes you feel ‘seen – literally and figuratively’.

She added: “Fleabag is so amazing because it’s doing something different.

“People have broken the fourth wall before but she really makes you feel seen – literally and figuratively.

Maggie added: “I second that.

“I watch Fleabag and Killing Eve over and over.”

Some fans have already snapped up hiked up tickets, with some being sold for nearly £600 on Viagogo – eight times the original ticket price.

The play that inspired the hit BBC series is a solo show written and performed by Waller-Bridge.

Fleabag the play will be broadcast live to venues around the UK and internationally on 12 September.

Drama student Madison, a 20-year-old from California, teared up after the long wait.

She said: “I can’t believe it. Tonight is the night. I’m so excited.”