QPR supporter Chris Kemp, 52, hasn't missed a home or away tie since his beloved 'Rs' lost 1-0 against Manchester City at Maine Road in September 1989. 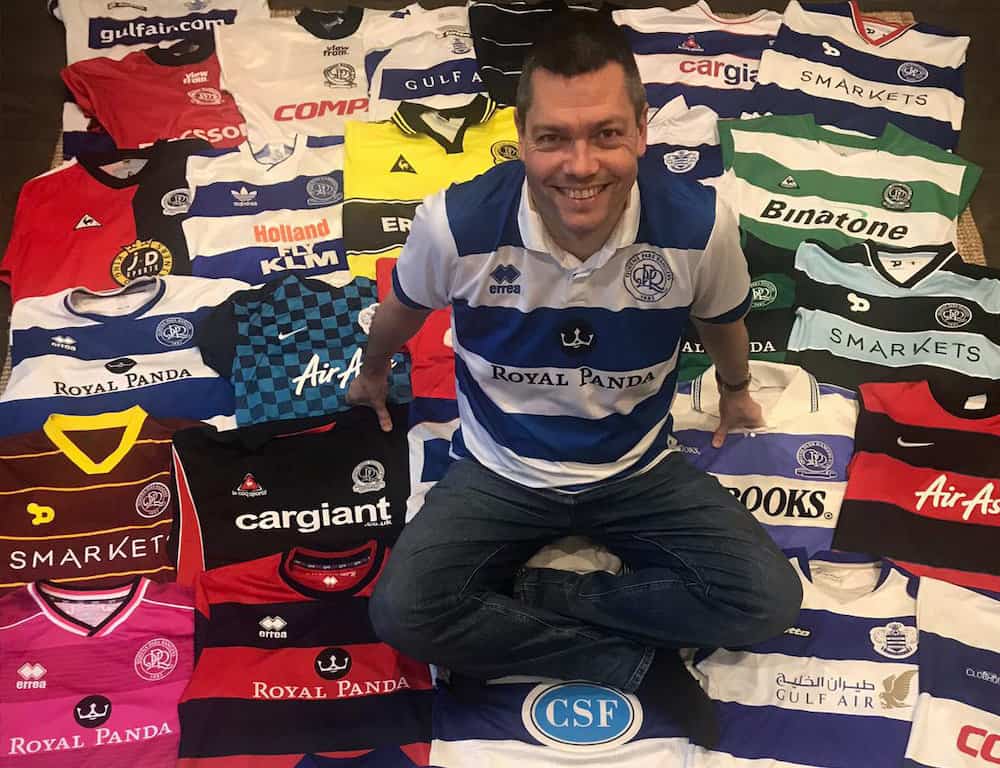 One of Britain’s most dedicated football fans fears his astonishing record of having watched 1,500 consecutive games over the past 30 years may be brought to an end by coronavirus.

QPR supporter Chris Kemp, 52, hasn’t missed a home or away tie since his beloved ‘Rs’ lost 1-0 against Manchester City at Maine Road in September 1989.

However, Championship clubs like QPR are expected to return to training next week and it’s thought the season may resume behind closed doors without fans in the stands.

That controversial ruling would officially spell the end of Chris’ unbelievable run, however, he says if law prevents him attending he will not consider the streak to be over.

The dad-of-one said: “I don’t agree with football matches being played behind closed doors, to me that’s artificial and plastic.

“I appreciate I have a vested interest in the matter, but what is football without the fans? In my opinion, nothing.

“I watched some of the German league games being played that way over the weekend and it just wasn’t the same.”

Chris added: “Of course I want to go to the games but if by law I cannot then my run continues I think, there’s nothing I can do about that.”

Over that period of time QPR have scored 1,884 goals and conceded 2,004, while Chris has visited more than 100 grounds and seen 95 opposition teams.

He said: “I’m obsessive about things and when I start something I have to finish it, so now that I’m on this run I just want to keep it going as long as I can.

“Luckily I have always had a really good group of friends who, like me, have never grown up and given up on the football. Having them with me has made going to the games all these years really fun.”

Chris added: “Football gives me an adrenaline rush, it’s the only place you can go to experience almost every human emotion, I think I’ve felt them all inside a football ground.

“There’s no feeling like seeing the ball go into back of the net or watching a dramatic last minute winner.”

Chris who grew up in Harrow, north-west London, started supporting QPR in the mid ’70s as a boy and went to his first game in the 77/78 season at home to Newcastle.

Unusually, he was taken by his grandma’s decorator, as his dad “hated” football. His remarkable streak didn’t begin until more than a decade later.

Chris, who now lives in Wanstead, said coronavirus is not the only thing which has threatened his run over the years, adding there have been a number of “close shaves”.

One one occasion while travelling to an away game the vehicle he was travelling in had a blow out while in the fast lane of the motorway.

On another away trip to Southampton their car got stuck in traffic and the group of friends were forced to dump the car and run to the stadium to get their just in time for kick off.

On at least two occasions Chris has had to resort to sitting with opposition fans because he couldn’t get hold of a ticket any other way.

Chris’ exceptional support has not gone unnoticed by the club. Ahead of his 1,000th consecutive game he was honoured on the pitch by QPR legend Les Ferdinand, who presented him with a signed shirt.

He has added the jersey to his stash of 50 which he has accumulated over the years.

Chris, a keen runner, always wears a club shirt at least one day a week while doing his local Parkrun and he has worn one for each of the four marathons he has completed in recent years.

As well as shirts, Chris, who works in the prison service, also has an impressive assortment of programmes, framed pictures and signed photos.

Perhaps most unusual is his collection of all 872 Roy of the Rovers comics, which were about the life and times of fictional Roy Race who played for Melchester Rovers.

Chris estimates that he has spent £80,000 on tickets and travel alone over the years.

The 52-year-old has been with his current partner for eight years and said she is “supportive” of his passion for QPR.

Sunderland insist the League One season must be finished on the pitch, “not in a meeting room and most certainly not in a courtroom”.

There is disagreement among third-tier clubs about how to proceed after the season was suspended in March due to the coronavirus pandemic.

Rochdale have said they are firmly behind the English Football League collective and would accept a majority decision, but are in favour of ending the season now on a points-per-game basis.

Sunderland were part of a group of six clubs who announced last Thursday their commitment to completing the season on the pitch, and the club’s chief executive Jim Rodwell says their view has not changed.

“We believe that any league placings should be determined by what happens on the pitch, not in a meeting room and most certainly not in a courtroom,” he said.

Related – Newcastle United – Is it still tops off if you can’t see the toon?