Guardiola enjoyed the result but not the performance as Manchester City opened their title defence with a 5-0 thrashing of West Ham. 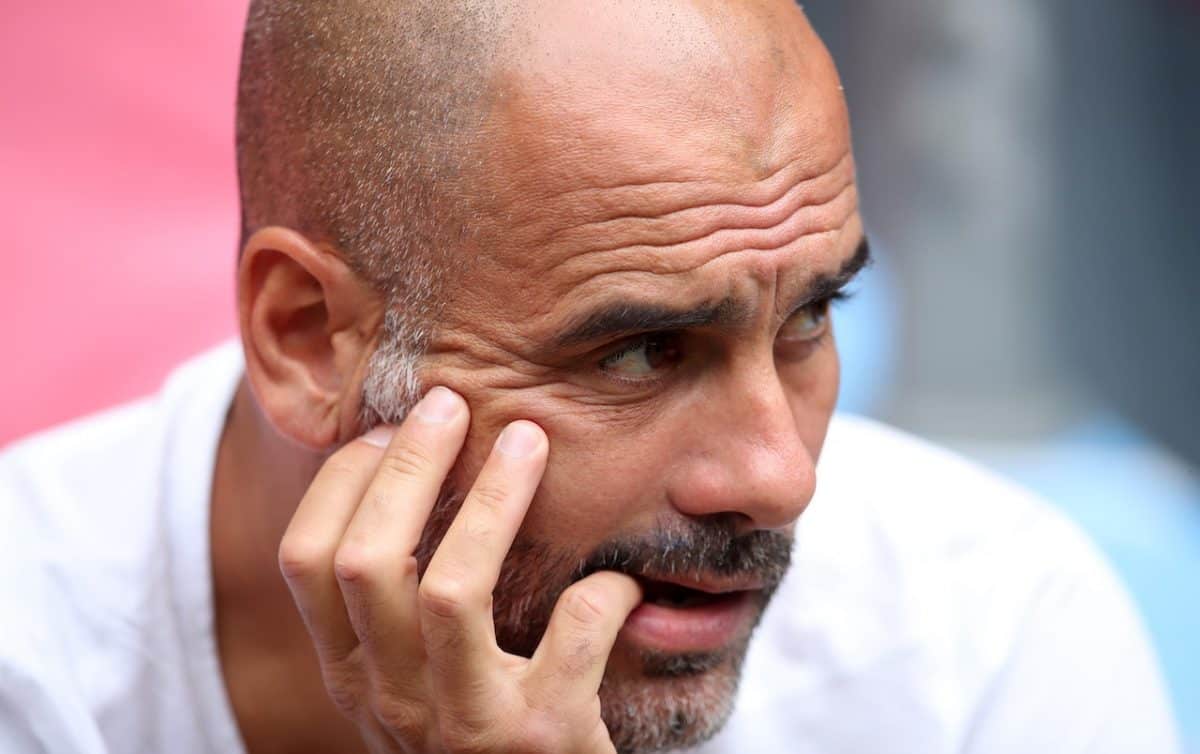 Raheem Sterling grabbed a hat-trick while Gabriel Jesus and Sergio Aguero were also on target in a match which witnessed the first VAR intervention in the Premier League.

But City only led by Jesus’ strike at half-time and at 2-0 up were indebted to a stunning double save from Ederson to deny Javier Hernandez and Manuel Lanzini.

“Was it the perfect start? In terms of result, yes. Performance, no!” said Guardiola.

“In the first half we were sloppy in our passing. But that’s normal. It’s the first game, away, it was hot, the rhythm was not there.

“The second half was better, more calm, extra passes, and after 3-0 the game was over. I cannot deny I’m so delighted for 5-0.”

West Ham had looked bright until Jesus nipped in between two defenders to convert Kyle Walker’s 25th-minute cross. View this post on Instagram

Sterling doubled the lead six minutes into the second half, before VAR threatened to overshadow proceedings when a second Jesus goal was ruled out.

Sterling had laid the ball across for Jesus to tap in but after a lengthy wait – one of six VAR delays throughout the match – replays showed the England forward was offside by the width of his own shoulder.

How the West Ham fans laughed, but the boot was on the other foot shortly after when Sterling lobbed Lukasz Fabianski, VAR this time ruling he was onside.

VAR intervened again after City were awarded a penalty, Fabianski saving from Sergio Aguero only for referee Mike Dean to be told to order a retake after Declan Rice was spotted encroaching.

Guardiola has, of course, been on the wrong end of VAR decisions in the recent past.

He said: “After what happened against Tottenham in the (Champions League) quarter-finals, we scored in 95th minute and we were there, 60,000 people were jumping, dancing, and one second later we’d lost because it was offside, I’m used to these situations. Nothing will be comparable to that.

“Saying that we have to be strong. After 3-0 the game is almost over, but at 2-0, 10 minutes later Ederson had to make an incredible save, and we’d have played the last 15 minutes at 2-1. So when that happens, after celebrating, you have to refocus.”

But it was the same old story as Aguero buried his second attempt before Sterling ran through to complete another heavy defeat. In their five visits to the London Stadium, City have now scored 22 goals and conceded just once.

“In the first 45 minutes we played well, we didn’t ever feel on the bench that City could score,” said manager Manuel Pellegrini.

“We were very unlucky with the first goal and then City are more dangerous. We conceded the second goal too easily.

“After that we had a couple of chances to make it 2-1, but finally with space in the last minutes they scored their goals.”