The cancer-fighting charity Sir Bobby Robson founded the year before he died is still saving lives and funding research. 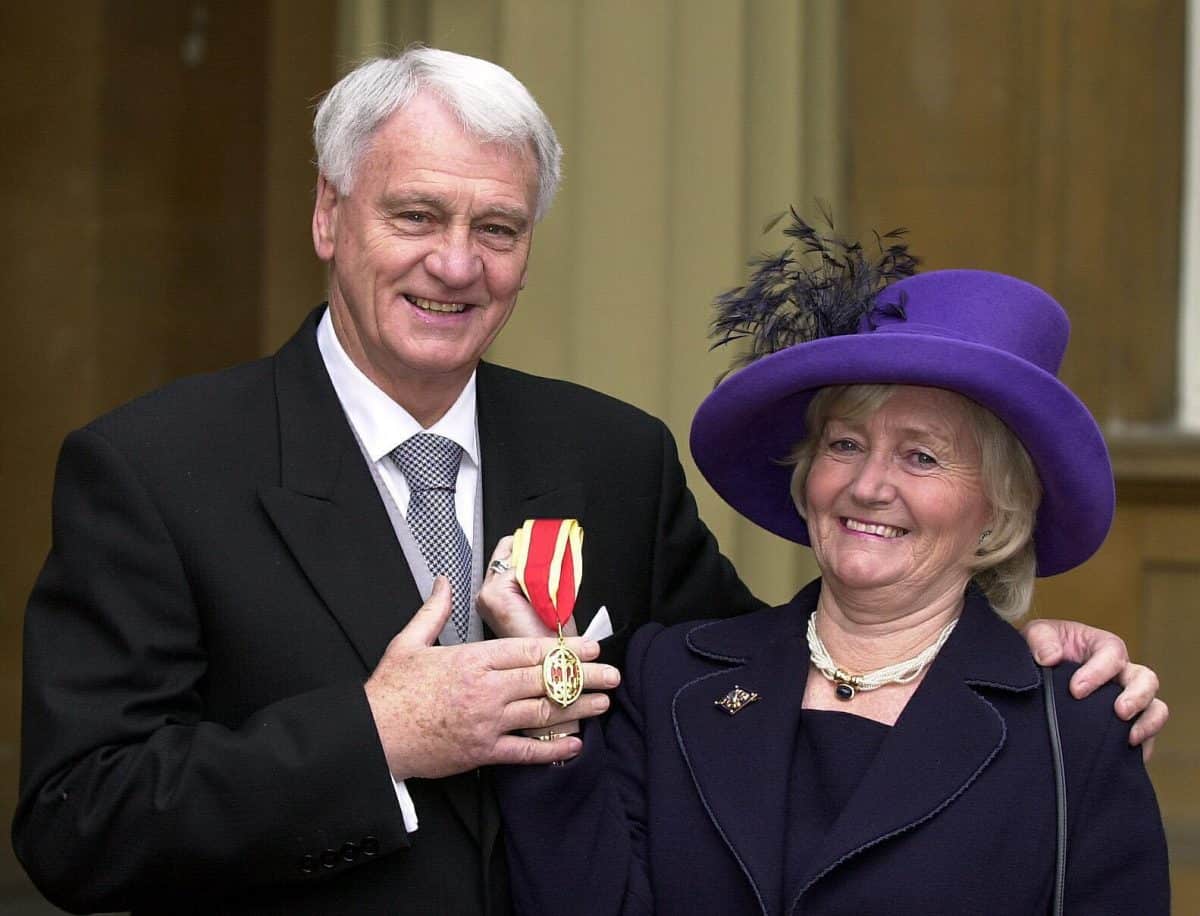 Newcastle United football manager Sir Bobby Robson, the man who masterminded England to the semi-finals in the 1990 World Cup, at Buckingham Palace after he was knighted by the Prince of Wales. * With him at the Palace were his wife, Elsie (right) and two of the couple's three sons, Andrew, 41, and Paul, 44. Also being honoured was author Sebastian Faulks, most famous for his First World War novel, Birdsong.

On the tenth anniversary of the death of former England manager Sir Bobby Robson, his widow said people’s love and respect for him has not diminished.

The work of the cancer-fighting charity he set up in 2008 – the year before he died from a fifth bout of cancer – continues to save lives by funding trials and research.

Sir Bobby intended it to raise £500,000 to equip a cancer drug trials centre in Newcastle and that target was reached in just eight weeks.

His foundation has now raised £13.5 million, with £12.2 million of that coming in since the hugely-respected football man, who managed clubs around Europe, died at the age of 76.

His widow Lady Elsie said: “We’ve all missed him a great deal and still do. All the family, and his friends of course.

“I’ve found the foundation very helpful in that respect.

“It was something Bob was very passionate about and it’s given us all a focus.

“For myself especially, because I really do enjoy all the events and the people I meet through the charity.

“What stands out most to me after 10 years is that the love and respect people have for Bob doesn’t seem to have diminished at all.”

Lady Elsie said Sir Bobby felt like he was managing a football team again after he set up the foundation.

Having reached an age when he could take things easy, she said relaxing “wasn’t really in his nature”.

She said: “Even though he was ill, he was determined to set up this charity and he was extremely proud of it.

“It’s amazed me how much we’ve been able to do through the foundation.

“The support just hasn’t let up and our medical trustees keep us moving forwards and make sure we’re making the right decisions.

“I’m so grateful to everyone who has continued to fundraise for us and to help find better ways to detect and treat cancer.

“Bob would be absolutely amazed at everything we’ve done. He’d want us to keep at it.”

Sir Bobby was approached by his oncologist Professor Ruth Plummer to help fundraise in 2008 and when he presented her with the £500,000 cheque, he said: “I’ve achieved many things during my career in football, won trophies, represented my country, received all kinds of wonderful awards and even been knighted, but I’m as proud of this achievement as I am of any other in my life.”

Within the NHS, the Sir Bobby Robson Foundation works in partnership with other leading charities and organisations and funds ground-breaking cancer treatment and innovative patient care and support services.

At its heart of it is the Sir Bobby Robson Cancer Trials Research Centre at the Northern Centre for Cancer Care in the Freeman Hospital, Newcastle.

He opened it in 2009 and was one of the first patients, and it puts around 600 people a year through clinical cancer trials, many of whom have no other treatment options.

Sir Bobby was a much-loved figure in football, having played for and managed England, as well as clubs such as Ipswich Town, PSV Eindhoven, Porto, Barcelona and his beloved Newcastle United.