"When I speak about Arsenal, it’s a utopia. People get carried away whenever I say that it’s my club, but I have it in my blood – I’m an Arsenal fan." 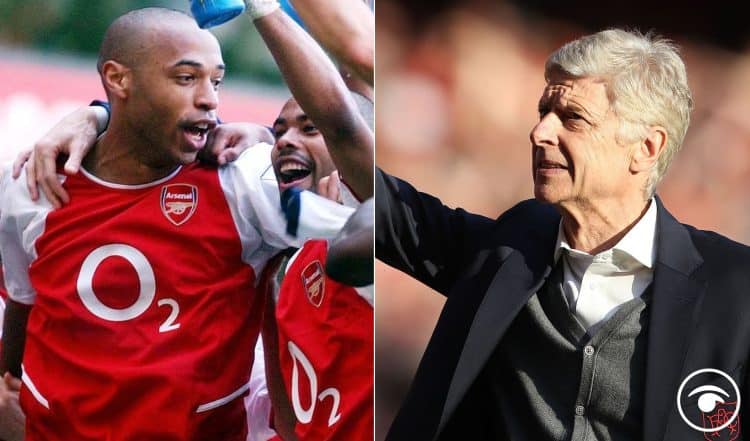 In eight glorious seasons at Highbury, then the Emirates, Thierry Henry scored 226 goals before moving to Barcelona in 2007.

And on this day in 1999 the club signed him from Italian side Juventues for an estimated fee of £11 million, reuniting with his former manager Arsène Wenger from his days playing for Monaco.

Alongside Alan Shearer, Thierry Henry were the first two players to be inducted into the Premier League Hall of Fame.

Henry was a four-time winner of the Golden Boot award, given to the top scorer in a season, and netted a club-record 175 Premier League goals in 258 matches for Arsenal.

His stats are unreal.

His love for the club runs deep.

he said: “The understanding I have with Arsenal fans is something I cannot describe – it’s something I’m always going to miss.

“So if you’re asking me if one day I’d like to coach Arsenal, then yes.

“If you ask if one day I’d like to be Arsenal’s kit man, then yes. I

“f you ask if one day I’d like to cut the grass at the Emirates Stadium, then yes.”

it comes as Mikel Arteta is working with the best Arsenal squad of his tenure, according to technical director Edu.

It would be shameful not to look at some of his best moments!