It comes as Arsenal will look to axe eleven flops including record transfer Nicolas Pepe and Bernd Leno to fund Arteta’s spree. 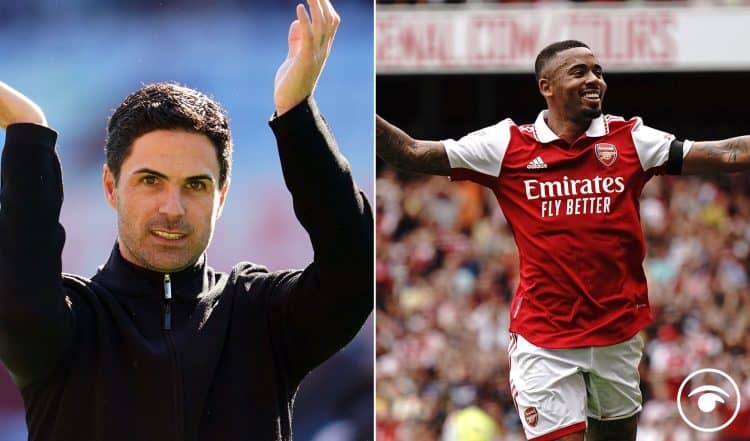 Arsenal seem ready for the new season if this photoshoot is anything to go by.

it comes as Gabriel Martinelli has hailed compatriot and new Arsenal team-mate Gabriel Jesus as one of the best forwards in world football and believes his winning mentality can drive the club forward.

Jesus joined the Gunners from Manchester City earlier in the summer and has shone in pre-season, culminating with an Emirates Stadium hat-trick in their final friendly against Sevilla.

The 25-year-old Brazil international won four Premier League titles during his time at the Etihad Stadium, scoring 58 goals for City across six seasons in the competition.

He has had some pre-season.

How many goals could he net this season?

Connor Humm, founder: @TheAFCnewsroom shared this image of the squad depth in the current squad.

It comes as Arsenal will look to axe eleven flops including record transfer Nicolas Pepe and Bernd Leno to fund Arteta’s spree, reports The Sun.

Keeper Leno seems to be on the way out to Fulham.

Arsenal begin their Premier League campaign away at Crystal Palace on Friday night.

This might be the way a lot of Gooners are feeling this week:

A Chelsea fan wasn’t having it though.

And a Spurs fan matched up their best eleven.

That aside Arsenal fans seem generally positive about a new season for many years.