The Judge is disturbed by how much time is being taken up in court. 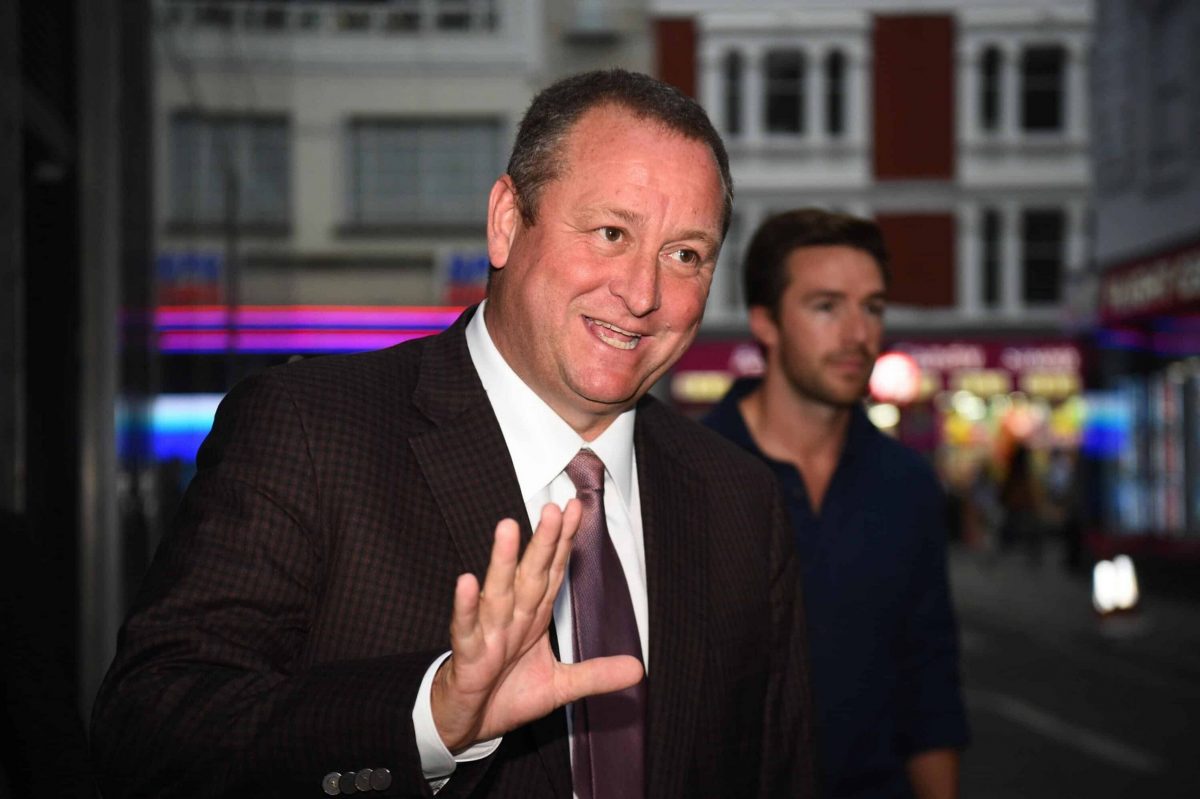 Another say another Mike Ashley story.

The potential deal by Peter Kenyon to buy the Newcastle United from Ashley appears to be in major doubt.

Daily Mail chief sports writer Martin Samuels, speaking on Sky Sports, said: “I would like to announce I’m actually bidding to buy Newcastle. At the moment I’m £300million short, which I think puts me about £1.50 behind Peter Kenyon at the moment.

“When someone buys Newcastle, the first time you read about it, it will be done. I think that with 90% of takeovers of big clubs.

“This club has been for sale virtually since the man bought it. If you want to buy Newcastle, you can phone him up and have Newcastle by the afternoon. But you need £300million. If you haven’t got it, that’s a problem.”

Judge Lionel Persey said he was “slightly disturbed” about how much court time was being taken up while overseeing the latest of a series of hearings in London.

He asked whether mediation had been considered and told lawyers that he was firing a “little shot across the bows”.

A company in the Sports Direct Group, SDI Retail Services, has complained about Rangers being in breach of obligations under deals relating to replica kit.

Bosses at the Glasgow football club have disputed claims made against them.

Rangers lost a round of the fight in October 2018 and another round in July.

Judge Persey said, in a ruling made in July, that he had reached no conclusion on how much compensation Rangers should pay.

Judge Persey oversaw a preliminary hearing in that latest stage of the litigation at the High Court in London on Wednesday.

He is due to oversee a further hearing on January 17.

“I am slightly disturbed about how much of the court’s time is being taken up with these issues,” the judge told lawyers.

“This is a little shot across the bows.”

He added: “Has any consideration been given to mediation?”

Man Utd travel to St James’ Park on Sunday hoping to pick up a first Premier League away victory of the season against Steve Bruce’s side.

Sky Sports Main Event and Sky Sports Premier League will screen all the action from 4pm on Sunday.

The game is part of Sky’s Super Sunday which starts from 1pm on the Premier League channel and 2pm on Main Event.

Sky customers can stream all the action online via Sky Go, while non-Sky subscribers can buy a NOW TV pass to stream it live.

The game will kick-off at 4.30pm UK time on Sunday afternoon in a slightly later time slot that is new for this season.