"Man City learning there is no one better than Jesus," wrote one person after the striker bagged three goals for Arsenal. 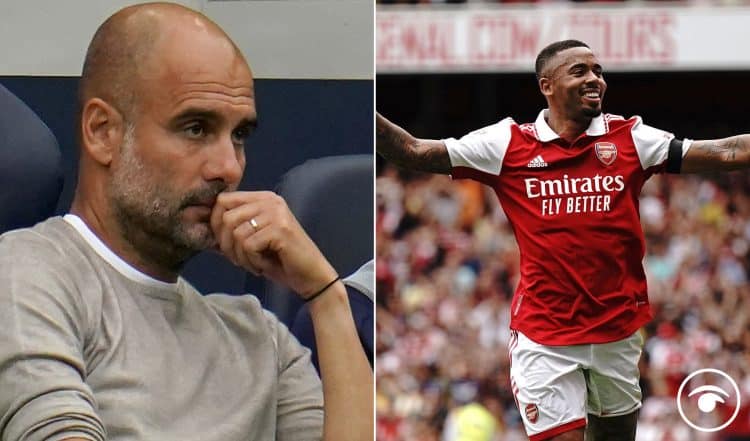 Gabriel Martinelli has hailed compatriot and new Arsenal team-mate Gabriel Jesus as one of the best forwards in world football and believes his winning mentality can drive the club forward.

Jesus joined the Gunners from Manchester City earlier in the summer and has shone in pre-season, culminating with an Emirates Stadium hat-trick in their final friendly against Sevilla.

The 25-year-old Brazil international won four Premier League titles during his time at the Etihad Stadium, scoring 58 goals for City across six seasons in the competition.

Martinelli was full of praise for the new signing.

“He knows how to win and it’s going to be important for us this season,” Martinelli said.

“For me he’s one of the best strikers in the world and I’m happy to have him here. I hope I give a lot of assists to him and we go to the national team together and I’m happy for him.

“I think (he can make Arsenal better). Not just scoring goals, but giving us advice and some things like that. When we press, we press together.”

As Man City slumped to a 3-1 defeat to Liverpool and Haaland missed this sitter, some people were wondering if Pep might be regretting his decision.

Some fans wondering if selling Jesus was the right choice.

Is that Pep calling?