The club record signing arrived from Atletico Madrid this summer. 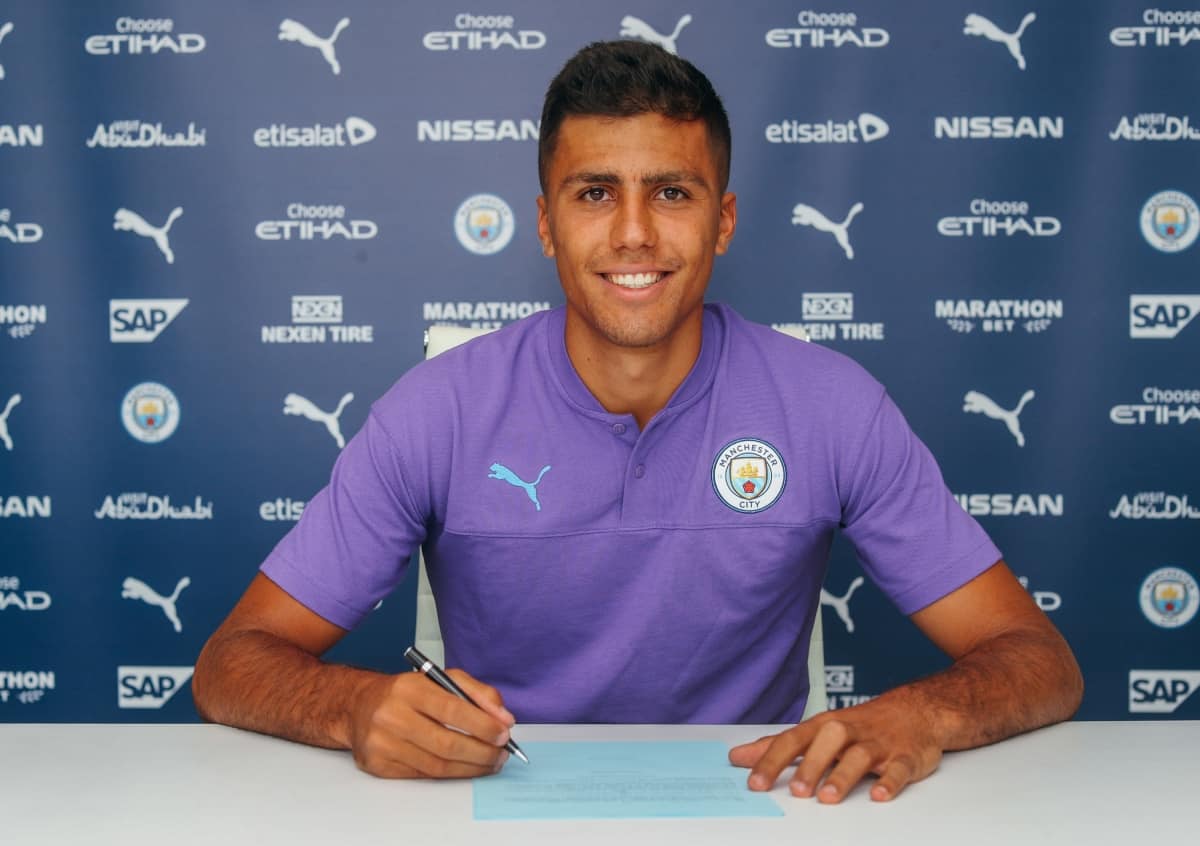 Rodri believes he will add physical presence and attacking threat to the Manchester City team.

Despite winning a domestic treble last season, City still felt the need to recruit over the summer, spending a club record £62.8million to sign the Spain midfielder from Atletico Madrid.

Identified primarily for his defensive qualities, Rodri was seen by manager Pep Guardiola as the ideal cover, and long-term replacement, for midfield anchor Fernandinho and, at 6ft 3in, he also brings something different.

“I think he has lots of talented players but maybe one of the things the team can get is more physical,” said Rodri during the club’s pre-season tour of Asia.

“We have lots of players that are great or small and you never know if it’s good or bad, but having a mix of players is always good.

“Football is changing now. It’s getting more physical. It’s good for me to have that physique in the position I play.

“I noticed years ago that I had to become both a defensive and an attacking player if I wanted to be good enough to be in Manchester.”

Physicality is not something 23-year-old Rodri has always been known for, although he insists that is not the reason he was initially let go as a teenager by Atletico, contrary to reports.

Rodri went on to make his name with Villarreal before being given a chance to return to Atletico last year, where he excelled and attracted the interest of City and other clubs.

He said: “Many people ask me about that. I moved from the Atletico academy when I was young and I moved for many reasons – not that reason – but that was in the media.

“The truth was I had a later development. I wasn’t developed like my team-mates, I wasn’t big and strong when I was 16, 17.”

For all the talk of physicality, Rodri hopes to make his mark without much tackling.

“I’m not used to tackles,” he said. “It’s the way you learn. I steal the ball in another way.

“I see other players always go down or tackle but I’m very big. If I go to ground I waste a lot of time before I can go again, so I have another way to steal balls.”

Rodri is excited about how he will fit in under Guardiola but, having admired City for some time, he insists it was not the coach that attracted him to the club.

“I love football,” he said. “Obviously I watched more La Liga when I was there but I watched the big teams in the Premier League, Manchester City the most.

“I like the way they play. I think they’re the only team in the Premier League that plays differently and shows another type of football. I like looking at those players because they are all great players.

“I came here because I think for my career it is the best team and where I think I’m going to win.

“That’s the only reason I came here. Pep being here helps me to make the decision but it wasn’t a big part of the decision.”

That said, after a year playing under Diego Simeone at Atletico, he admits he has chosen his coaches well.

He said: “Imagine me as a 23-year-old. I have been three years in the first division and I now spend two of them with two of the greatest coaches in the last 20 or 30 years. It’s good for me to grow and I’m proud of it.”

One thing he is not so sure about, however, is Guardiola’s restaurant in Manchester city centre, Tast.

“I’ve been to Pep’s restaurant,” Rodri said. “It’s good but you have to take a big wallet!”