Paul Scholes has still got it! 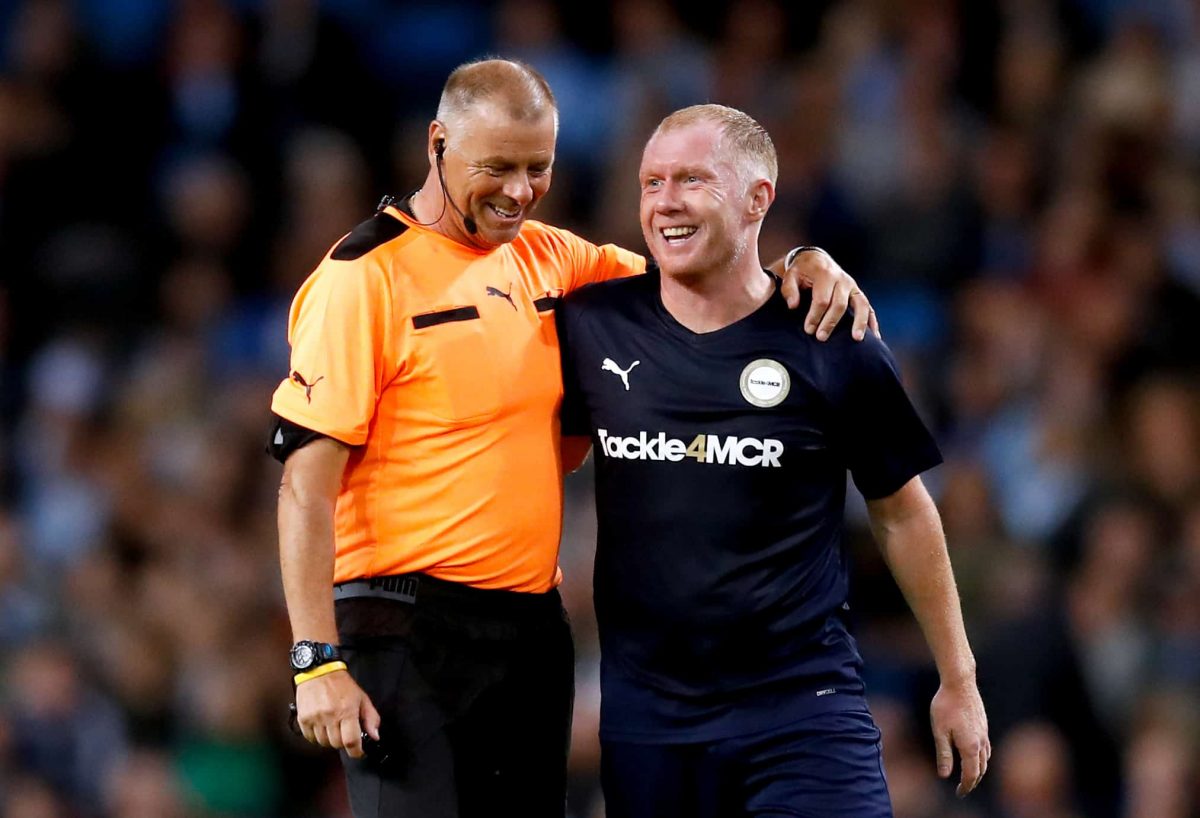 I wonder how many Man Utd fans wouldn’t mind giving Paul Scholes a go in the current team’s midfield, especially after this worldy of a pass.

His reputation as one of England’s greatest footballers was further strengthened when the former Manchester United midfielder amazed fans with a magical pass at Vincent Kompany’s testimonial.

The game, staged to allow Manchester City fans to say goodbye to their former captain and to raise money for his homelessness charity Tackle4MCR, saw a City Legends XI take on a Premier League All-Stars XI.

Samir Nasri, Joleon Lescott, Ryan Giggs and Ashley Cole all featured, but it was Scholes who stole the show with this unusual through ball for Robin van Persie.

The clip has been viewed hundreds of thousands of times on Twitter, reminding fans of the passing ability that saw Scholes help United dominate the game for large parts of the 1990s and 2000s.

Goals from Martin Petrov, Benjani, Robbie Keane and Robin van Persie saw the game, which Kompany had to sit out due to a hamstring problem, end 2-2.

And while Scholes’ attributes were on show for all to see, his struggles with tackling appeared to remain.

In other Man Utd news Edwin Van Der Sar has been rumoured to be making a return to Manchester United as technical director.

The former United goalkeeper, who is now the chief executive at the Dutch club, is reportedly the prime target as the Old Trafford outfit continue their long search to fill the crucial off-field post.

United are thought to want to bring in a footballing figure to oversee their transfer policy.