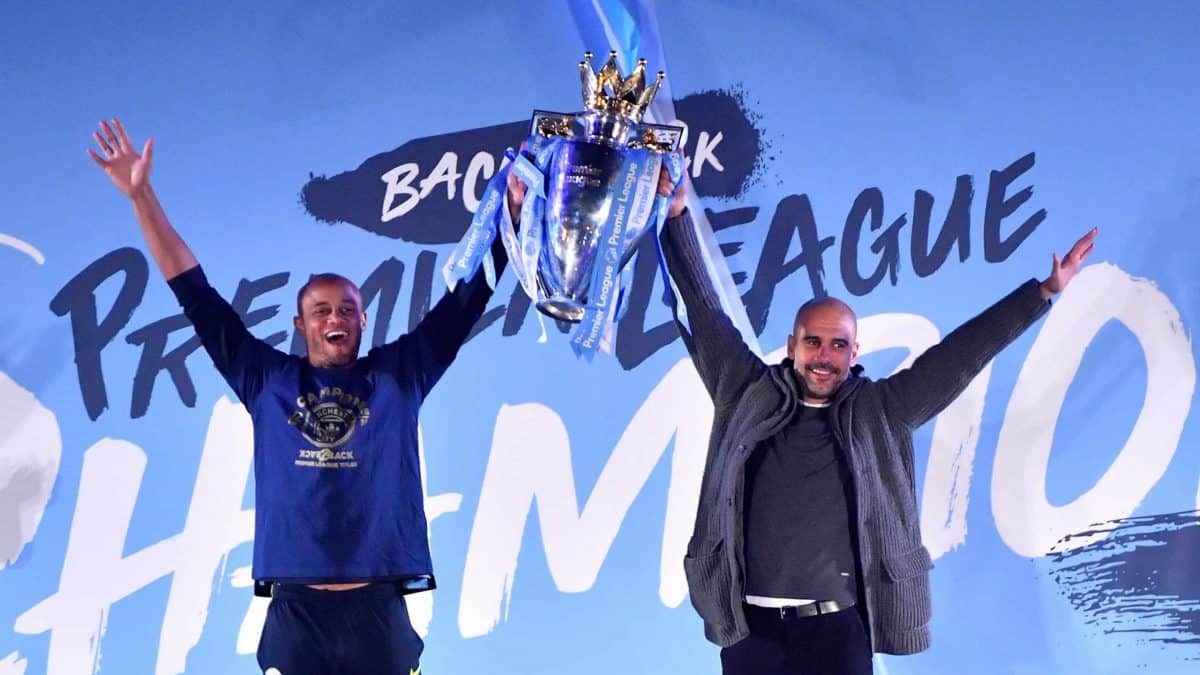 The Belgian left this summer to be Anderlecht’s player-manager after lifting four Premier League titles, two FA Cups and four League Cups for the North West club he captained.

To mark the 33-year-old’s 11 years of service, a team of Manchester City Legends managed by Pep Gardiola will be taking on a Premier League All-stars XI managed by Roberto Martinez including rival Manchester United legends such as the Nevilles, Paul Scholes, Nicky Butt, Michael Carrick, Robin van Persie and Ryan Giggs. Joining them will be other Premiership former stars such as Cesc Fabregas and Thierry Henry.

Despite the Belgium international’s return to Anderlecht to be a player/ manager at the club he started his professional career with aged 17, Kompany is remaining close to his former club and Manchester.

Man City’s most successful captain of all time will be raising funds for his Manchester homelessness fund Tackle4MCR.

Ahead of his testimonial which will be raising money for his fund, Manchester Mayor Andy Burnham praised the football star for his “passion” in tackling homelessness.

All proceeds from the Man City Legends v Premier League All Stars tie will go to Kompany’s Tackle4MCR charity which will then be used to support rough sleepers in Greater Manchester.

The Belgian defender has already raised more than £300,000 for the Mayor of Greater Manchester Andy Burnham’s A Bed Every Night scheme, which so far has supported 2,003 people with 688 moving on to long-term accommodation.

A Bed Every Night launched last November to provide a bed, warm welcome and personal support for anyone sleeping on the streets in the region.

Manchester City’s former record breaking captain told Sky Sports ahead of the testimonial that he still saw himself as an honorary Mancunian.

He said: “My kids are Mancs. There’s a massive problem with homelessness in Greater Manchester. The city has grown incredibly well and rapidly, it’s such a vibrant City, but it seems we have left a lot of people behind on that journey. It’s just whether there’s a way to impact this, to turn it around.

“Homelessness is a difficult issue to tackle. The first thing you always think about is: ‘Should I go and give money to someone, would that make his life better?’ It’s a lot more complex than this.

“So it’s all about finding the right partners, and we were lucky because to be fair to him, the Mayor Andy Burnham has been very committed to solve the issue of homelessness.”

Last week Andy Burnham announced a £6 million funding package, which from next month will increase the number of bed spaces from 300 to 400 provided by voluntary, faith and community groups and housing providers.

The Labour Mayor said: “I can’t praise Vincent Kompany enough for his legendary sporting prowess on the pitch and for his heartfelt support to end the humanitarian crisis of rough sleeping in Greater Manchester.

“I’ve had the privilege to work with him over the last year and I’ve seen first-hand how committed he is.

“I will never forget meeting up with Vincent at Supporting People In Need, a charity in Manchester that is doing outstanding work supporting homeless people.

“Just days after he scored that goal against Leicester and just before he led City to their first back-to-back Premier League title, he gave up his time to visit the charity in Ardwick.

“As well as raising awareness of the issues, Vincent’s already raised over £300,000 for A Bed Every Night. And yet he’s going above and beyond this by donating the proceeds of his testimonial to support even more people.

“Vincent knows, like we do, that in 2019, nobody should have to spend a night on the streets. We do things differently in this city. We don’t just walk on by and, while he may be from Brussels, Vincent is as Mancunian as they come and understands this better than most.

“I pay tribute to Vincent for his courage, passion and determination to help those who need it the most and I wish him all the best ahead of tonight’s match.”

Where can I buy tickets for the Vincent Kompany Testimonial?

Vincent Kompany will don the sky-blue jersey one last time, after lifting the Premier League, FA Cup and the Carabao Cup trophies in City’s treble-winning season, when he leads his Manchester City Legends side out at the Etihad Stadium to take on a Premier League All-Stars XI on Wednesday 11 September at 7.45pm. Tickets are available here, or call: 0161 444 1894.

What TV channel is the Vincent Kompany testimonial on?

Coverage of the Vincent Company Testimonial in aid of Kompany’s Tackle4MCR charity starts at 7pm on Wednesday September 11 on Sky Sports Premier League.

Where can I find out more about Vincent Company’s homelessness charity?