"According to the Tories, fans have the right to boo racial equality, but if they boo Prince Charles, it's straight to the gulag,' tweeted Femi. 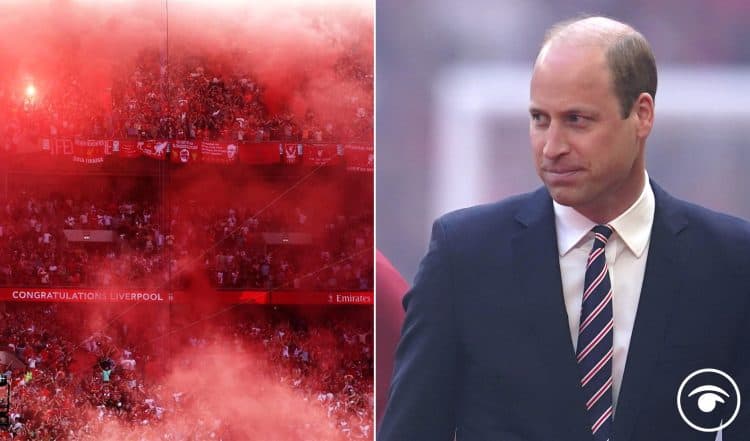 The Daily Mail really wasn’t happy about Liverpool fans for booing Prince William and the National Anthem at the FA Cup Final. They used their front page (see below) to make their feelings felt on the matter.

Jeers rang out around Wembley Stadium as the Duke of Cambridge, who is president of the Football Association, was introduced to Chelsea and Liverpool players before kick-off.

Today they have doubled down on it and accused Labour of deafening silence over the booing of William.

When contacted by the Daily Mail, none of the city’s MPs responded to requests for comment – a situation one Tory MP described as ‘disappointing but not surprising.’

He said: ‘Of course I have thoughts. The question is why does it happen?

‘They wouldn’t do it without a reason. The majority of our support are wonderful people.

‘Really smart, go through lows and highs. They wouldn’t do it without reason.’

It comes as Royal correspondent Michael Cole appeared on Good Morning Britain and said: “‘free speech has its limits.’

That was countered by Tom Salter who said: “What are we going to do? Send them to the Tower or something?’

He added that while ‘booing is disrespectful’, we live in a ‘free and democratic society.’

But that doesn’t seem to be the end of it Tory MP Karen Bradley also said: “It is utterly unacceptable and disgraceful that football fans booed Prince William. I would urge the Football Association (The FA) to take all the necessary action, and pursue those responsible.”

Here are some reactions to her comments: