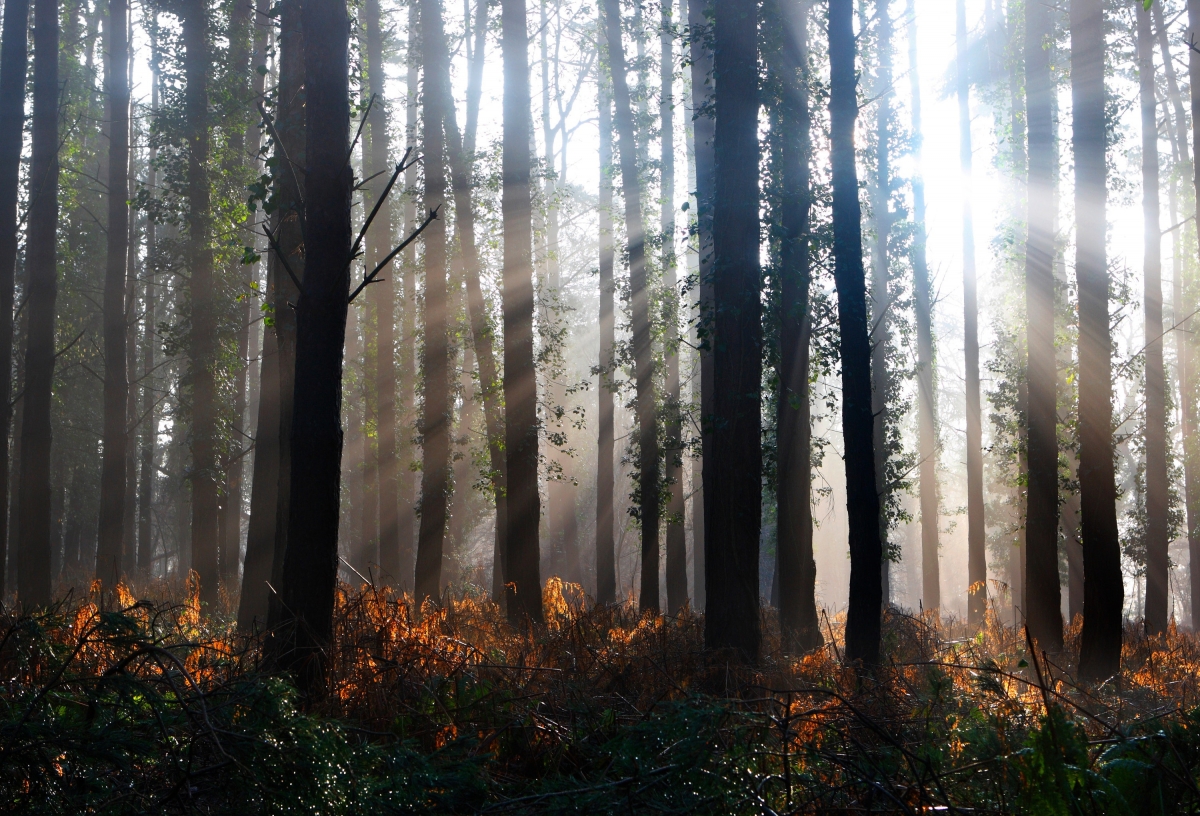 The disease can be passed to humans by ticks, which are common in British woodland (Chris Ison/PA)

White, middle class women are most likely to be struck down by Lyme disease, according to new research.

The potentially devastating bacterial infection has become increasingly common in the UK because of warmer temperatures.

There has been a seven-fold rise in the number of cases in just 17 years.

Six-in-ten cases involved women or girls – with the age groups most at risk 61 to 65 and six to 10-year-olds.

The illness develops after being bitten by an infected tick when walking in a forest or grassy area in spring and summer.

The blood-sucking pests which attach to human skin are tiny – some just the size of a poppy seed – so often go unnoticed.

Now the characteristics of victims in England and Wales have been identified for the first time.

It causes rashes, fatigue and achy, stiff or swollen joints. Other symptoms include
headaches, dizziness, fever, night sweats and sleep disturbances – and even cognitive decline.

Most cases are successfully cleared up with antibiotics. But if left untreated it can be life-changing – and even fatal.

Study corresponding author Dr John Tulloch, an expert in zoonotic infections at Liverpool University, said: “These data display a predominance of female cases of certain age groups – most of whom identify as white.

“The reasons for this are hard to explain, but could be related to differences in health seeking behaviour between women and men and an increased exposure to tick habitats due to leisure activities in children and older people, as opposed to occupational exposure in younger adults.”

The study, published in the journal BMC Public Health, was based on information collected from 2,361 hospital patients between 1998 and 2015.

Dr Tulloch said: “The apparent association between ethnicity and Lyme disease is most likely due to sociocultural and behavioural reasons, for example living in areas that are more likely to see a higher abundance of disease-transmitting ticks.”

There was also a steady increase in incidence over time – with cases peaking each August and higher rates in central southern and western England.

The analysis funded by the National Institute for Health Research (NIHR) may inform and help target health promotion messages.

Dr Tulloch said: “In the United Kingdom information relating to infected Lyme disease patients’ characteristics, where they live and how they are managed within the National Health Service (NHS) is not fully understood.

“Through our analysis of NHS hospital data we were able to identify demographic information about Lyme disease patients accessing hospitals for management and treatment and, for the first time, start to describe how they progress through the healthcare system.”

Factors could include increased awareness by the public and an increase in referrals by family doctors.

Based on geographical information in the health records most infections occurred in the south west of England.

Lyme disease patients were more likely to live in rural rather than urban areas.

“This highlights that while Lyme disease poses a risk across both countries, for the majority of people the risk is likely to be very low.”

The authors also found 30% of Lyme disease hospital admissions in England and 67.6% in Wales originated from the A&E department.

The findings suggest a poor understanding of the recommended care pathways for symptoms related to Lyme disease by the general population.

Dr Tulloch said: “It would be unlikely that the numbers of patients admitted in our study have acute/severe presentations of disease that require immediate hospital attendance.

“Further work is needed to explore why so many patients would seek treatment at a hospital when, for the majority of cases, management could occur at primary care level.”

He added: “Being aware of the signs and symptoms of Lyme disease is important so patients can receive early diagnosis and treatment from their family doctor.

“Symptoms typically develop up to three weeks after being bitten by a tick and include a spreading circular red rash or flu-like symptoms.

“When patients visit their GP or call NHS 111, it’s important to tell them where patients have been and if they remember being bitten.”

What is Lyme disease and how is it carried? – click here