Domestic abuse characters have attacked the move by Theresa May to give the former cricket star a knighthood.

by Ben Gelblum
in Cricket 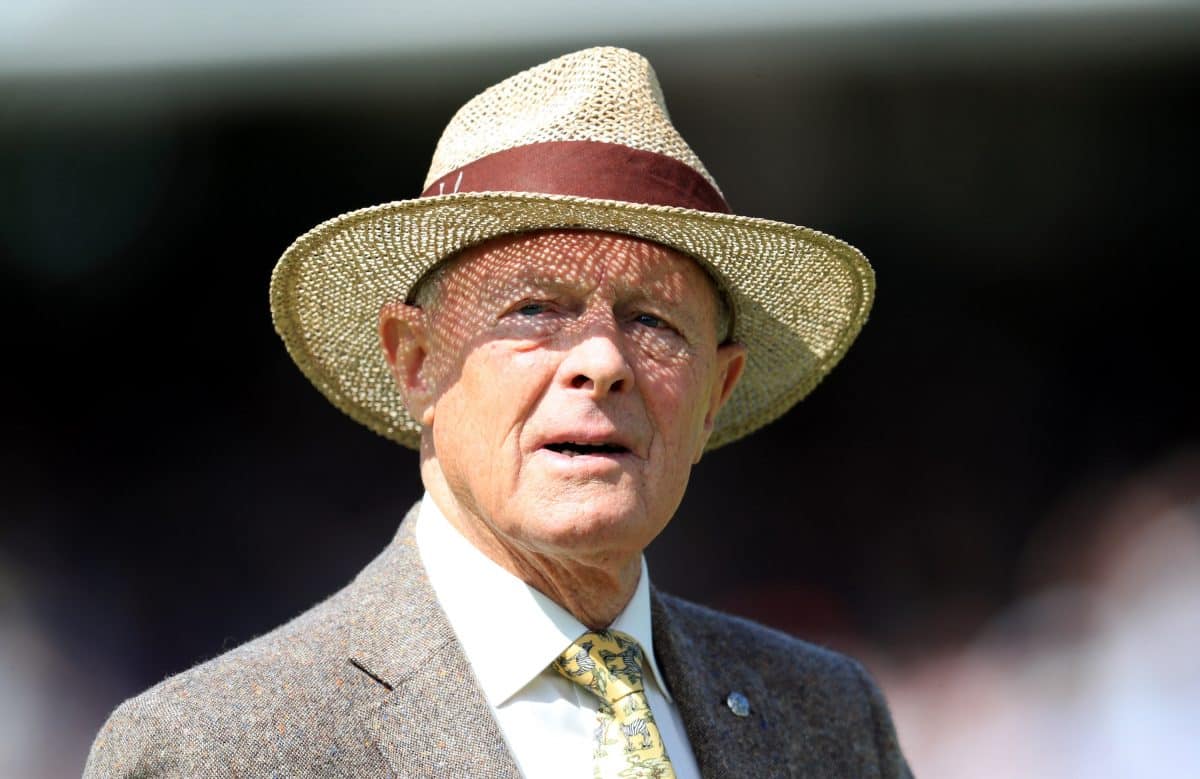 Sir Geoffrey Boycott has said he does not “give a toss” about criticism of his knighthood.

Domestic abuse charities have attacked ex-prime minister Theresa May over the decision to give her sporting hero, the former England cricket star a knighthood.

Boycott was convicted in France in 1998 of beating his then girlfriend Margaret Moore in a French Riviera hotel.

The co-acting chief executive of Women’s Aid said his award was “very disappointing”.

‘I don’t give a toss about her, love’

Sir Geoffrey, 78, told the BBC’s Today Programme: “I don’t give a toss about her, love.

“You can take your political nature and do whatever you want with it.

Adina Claire, of Women’s Aid, said: “Celebrating a man who was convicted for assaulting his partner sends a dangerous message – that domestic abuse is not taken seriously as a crime.

“With increasing awareness of domestic abuse, and a Domestic Abuse Bill ready to be taken forward by Government, it is extremely disappointing that a knighthood has been recommended for Geoffrey Boycott, who is a convicted perpetrator of domestic abuse.”

Mrs May, who introduced a landmark Domestic Abuse Bill to Parliament earlier this year, gives Boycott a knighthood for services to sport in her resignation honours list.

A spokeswoman from the Woman’s Trust said: “It’s disappointing to see Geoffrey Boycott included in Theresa May’s honours list, given her vocal support for domestic abuse survivors and the Domestic Abuse Bill.

“While we welcome the recent Domestic Abuse Bill for its work to widen the definition of domestic abuse, the inclusion of Geoffrey Boycott in the honours list shows just how much our attitude as a society needs to change when it comes to supporting survivors.”

‘Stain on my name’

Boycott, who has always denied the assault, was fined £5,000 and given a three-month suspended prison sentence over the attack.

Computer consultant Mrs Moore suffered bruising to her forehead and blackened eyes in the assault at the Hotel du Cap in Antibes in October 1996.

Boycott has accused her of putting a “stain on my name” and maintained her injuries were sustained through an accidental slip and fall.

But public prosecutor Jean-Yves Duval rejected Boycott’s claims, saying the injuries were “absolutely incompatible” with an accident and that the cricketer’s lawyer Jean-Luc Cardona did not stand up to examination.

Before she left Number 10 earlier this year, Mrs May introduced the Domestic Abuse Bill, which includes economic, controlling and coercive non-physical abuse as part of the legal definition of the crime for the first time.

The legislation will also establish a new domestic abuse commissioner, prohibit the cross-examination of victims by their abusers in family courts, and beef up the powers available to courts to tackle perpetrators.

An estimated 1.3 million women and 695,000 men experienced domestic abuse in the past year, according to Office for National Statistics figures from November 2018.