The Bosnian fought off masked men who confronted the players in north-west London. 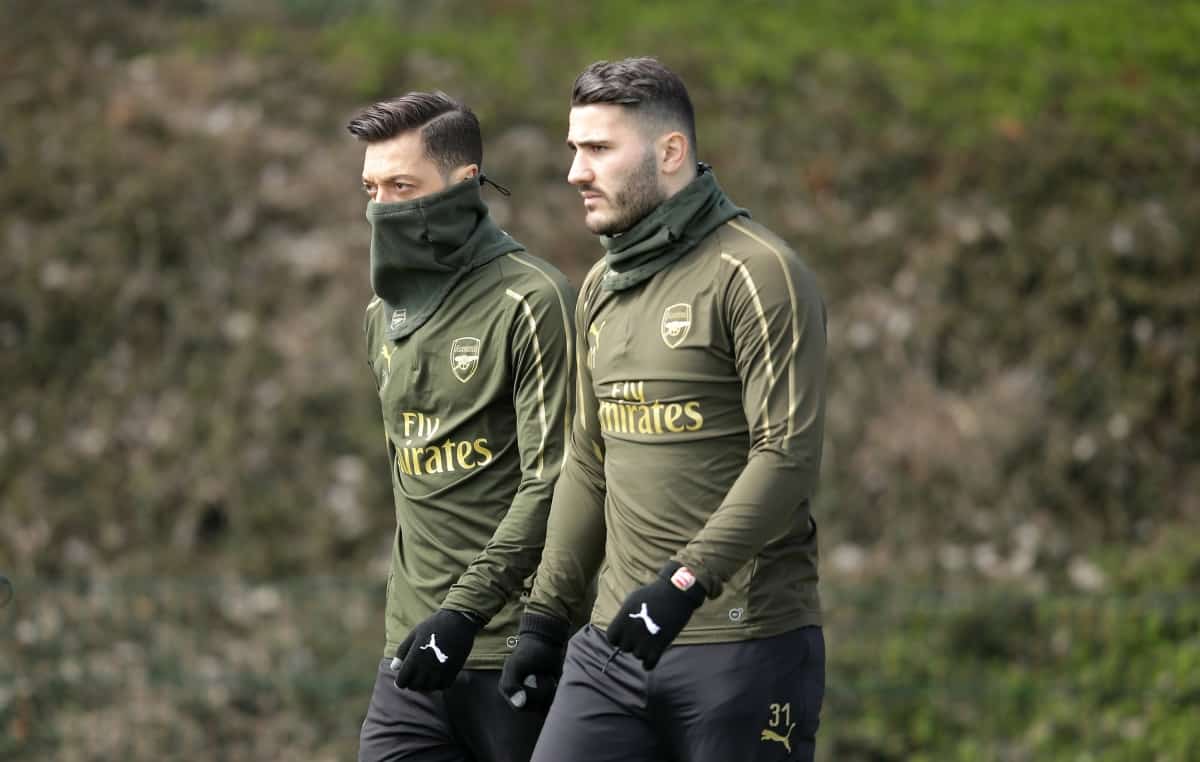 Arsenal defender Sead Kolasinac has been hailed as a hero after fending off two armed robbers who targeted himself, team-mate Mesut Ozil and their wives.

In a widely shared video, Kolasinac can be seen fighting off masked men with knives after the group was confronted in north-west London.

Yasmin Tahsiner, the manager of a restaurant where the players sought refuge after the incident, said she received a call from Kolasinac and Ozil’s wife Amine at around 5pm on Thursday explaining they were being chased in their car by two attackers on mopeds.

Tahsiner, who manages the Turkish restaurant Likya in Golders Green, said: “We didn’t first of all understand what’s happening. Then when we see the motorbike passing… we realised it’s serious.

“They parked the car outside the restaurant but before that they had been chased for five or 10 minutes.

“They’d been (throwing) bricks on their car. It was scary and sad for this to happen to these people.”

Tahsiner said she knew the footballers already and denied they were “shaken up” afterwards.

She said Kolasinac had acted heroically, and added: “From what I’ve seen, both (Ozil and Kolasinac) handled it very well.”

Following news coverage of the attack, Kolasinac tweeted a picture of himself and Ozil smiling, adding: “Think we’re fine.”

“You don’t always think these things are going to happen in daytime,” Tahsiner said, adding that “lots of people” walked out on to the street and witnessed the incident.

The owner of the Hampstead property outside which the pair were initially attacked has said he has been targeted five times in the same area.

The property owner, who chose not to be named, told PA he had a knife held to his neck in one incident and he called on police to “pull their finger out” after a spate of crimes in that part of north-west London.

“I’ve been done five times myself,” he told PA. “I had a knife held to my neck at midday at the traffic lights, I was physically thrown in a bus lane at 6.30am when I was coming out of my office – the list goes on and on.

“The last time (it happened) I was at the property,” he added.

The man, who no longer resides at the house, said he was “targeted” and did not think the incident with the footballers was linked as his attackers were arrested and “went down for 16 years”.

However, he said the attacks were “all in the Hampstead area” and he drives “very high profile” cars with “very, very personalised number plates”.

He added: “I think it’s about time the police pulled their finger out and started to protect people who are entitled to protection.”

A spokesman for the Metropolitan Police said no arrests have yet been made in connection with Thursday’s incident.

He said: “While detectives are actively pursuing lines of enquiry, I would ask any member of the public who has any information or video footage to contact police.”

He also said that over the past 12 months police had reduced this type of crime by more than half and that they will continue to target the culprits.