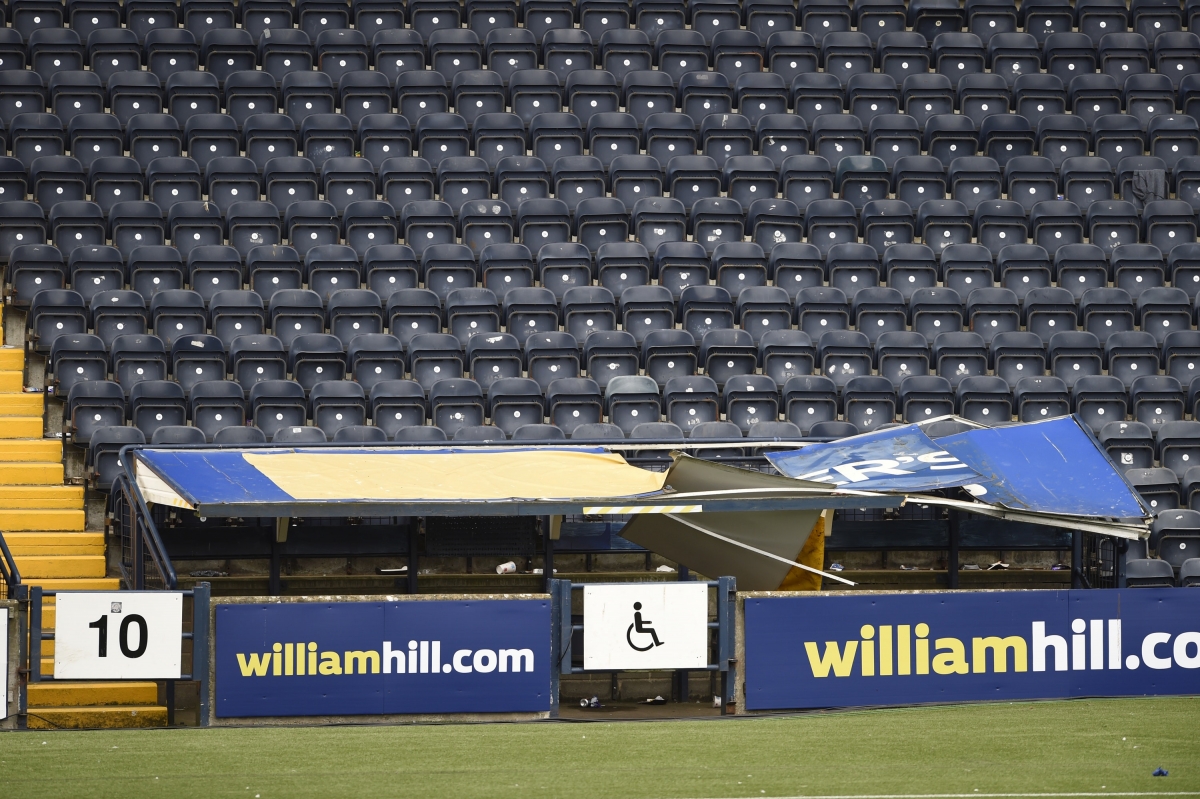 Rangers fans have been criticised for their behaviour after a number spilled onto the pitch as they celebrated Connor Goldson’s last-minute winner for Steven Gerrard’s side.

A disabled shelter was also damaged when fans leapt on its roof, leaving one man injured.

The Ibrox club and Gers supporters group Club 1872 accused Kilmarnock of placing visiting fans at risk before the match when problems with a new ticketing system caused long delays and crushing at the away end turnstiles.

A spokesman for the Scottish Professional Football League said the scenes that followed Goldson’s dramatic goal “were simply unacceptable” and announced it would be working with Police Scotland as well as both clubs to investigate matters before and during the game.

But the Killie Trust has taken aim at Scottish football’s governing bodies for failing to do more to make sure fans stay in line and claims the comments from Rangers and Club 1872 were designed to “deflect” the flak fired their way.

A statement posted on Twitter read: “The Kilmarnock Supporters Society Limited (The Killie Trust) would once again like to voice its grave concern at the continued lack of leadership, direction and sanction by the regulatory Scottish footballing authorities following yet more incidents at Rugby Park at the weekend involving an Old Firm team.

“At a time when our Trust are working in partnership with Kilmarnock Football Club to improve the atmosphere and matchday experience for supporters and encourage families to attend, worldwide media coverage highlights more shameful behaviour which is being allowed to tarnish the reputation of our country and our national game.

“(SPFL chief executive) Neil Doncaster has been quoted as saying that clubs do take responsibility for their supporters, yet we are witnessing The Rangers Football Club and affiliated supporters organisations (with the exception of The Rangers Disabled Club chair, Billy Paterson, who as a near victim, roundly condemned the behaviour) trying to provide a smokescreen to deflect criticism.

“We will work with our club, police and the local authority to provide an open and transparent conclusion following investigation of these incidents and would urge the SPFL and SFA, the guardians of our game and its reputation, to take appropriate positive action on these occurrences which are sadly being accepted as the norm.”

Rangers had no comment when PA contacted them for a response to The Killie Trust’s claims.