The drugs were hidden under towels and bathrobes when Border Force officers discovered them on Friday (2/8) at the Port of Felixstowe, Suffolk 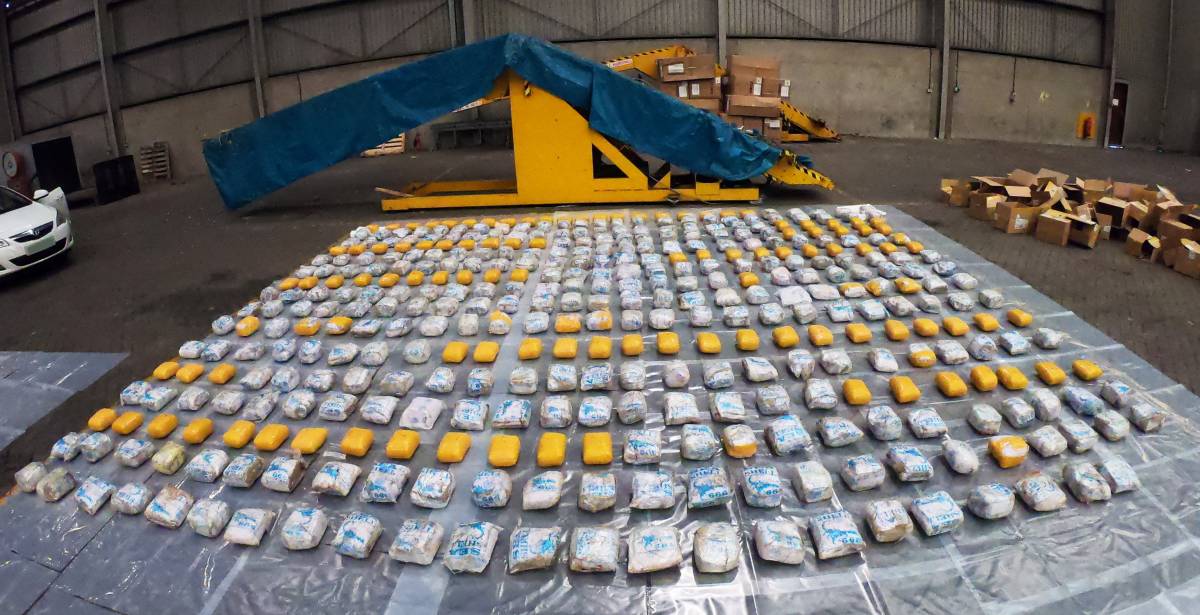 A massive haul of heroin worth £40MILLION has been found in a shipping container – making it one of the largest drug busts ever in the UK.

The drugs were hidden under towels and bathrobes when Border Force officers discovered them on Friday (2/8) at the Port of Felixstowe, Suffolk.

According to the National Crime Agency (NCA), the seizure is one of the largest ever made in the UK.

Colin Williams, NCA regional Operations Manager, said: “The seizure of such a large quantity of heroin is the result of a targeted, intelligence-led investigation, carried out by the NCA with international and UK partners.

“It is almost certain that some of these drugs would have been sold in the UK, fuelling violence and exploitation including what we see in county lines offending nationwide.”

After removing the drugs, authorities returned the container to the ship it came from and followed its journey to Antwerp, Belgium.

It was then taken by road to Rotterdam, where Dutch Police arrested two people who tried to unload the container yesterday.

At the same time, a man from Bromsgrove, Worcestershire was arrested in the UK.

He is currently being questioned.

Mark Kennedy, Border Force Deputy Director, said: “Border Force officers operate on the front line, working every day to keep dangerous Class A drugs like this off the UK’s streets.

“Substantial seizures like this help to keep communities safe and hit the organised crime groups involved in the international drugs trade hard.”