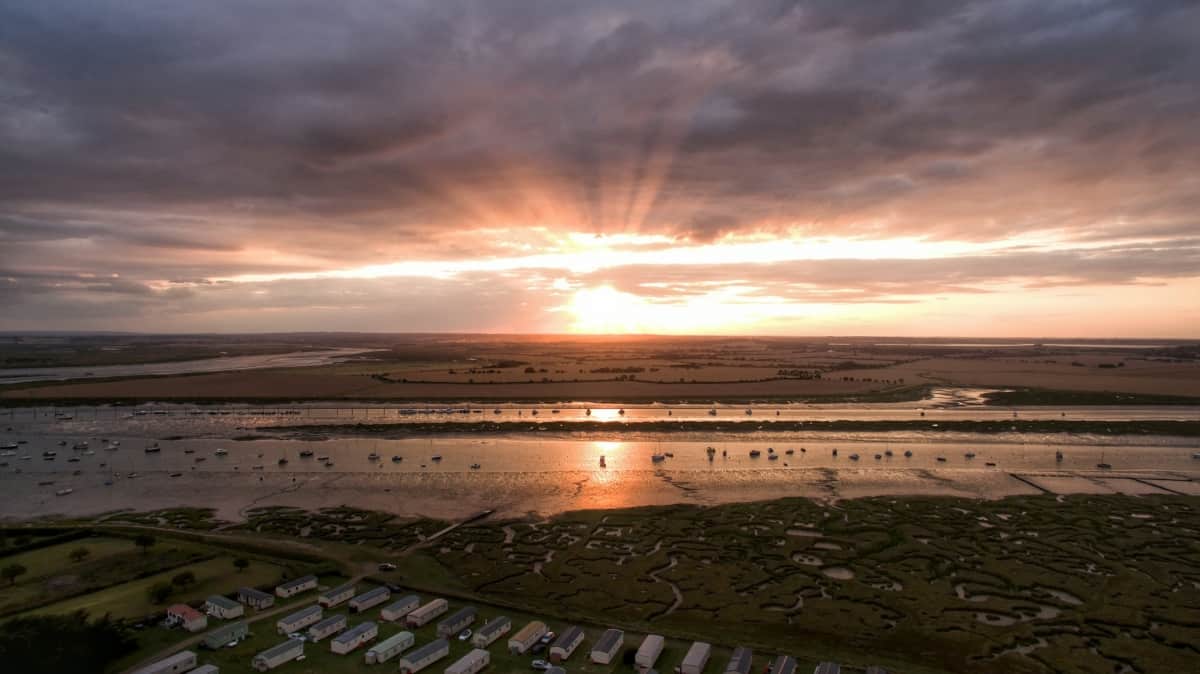 This incredible picture shows an epic sunset with dramatic rays of light bursting through a wall of cloud.

Dan Abbott, 32, went out to fly his drone and saw others squaring up to photograph the sunset and decided to have a go himself.

Although he’s more used to filming jellyfish and sharks, Dan sent his camera up at just the right time and fired off a few shots as the sun burst through the clouds.

Dramatic rays of light shone through and down to the ground in Essex, as Dan watched on from the spot from where he launched on Mersea Island.

He said: “You could kind of see the way the clouds were working it would be a good time to get the drone in the air.

“We noticed the sunset was getting fairly spectacular so we pointed it in that direction and took a few snaps.”