Kane denies he dives to get penalties 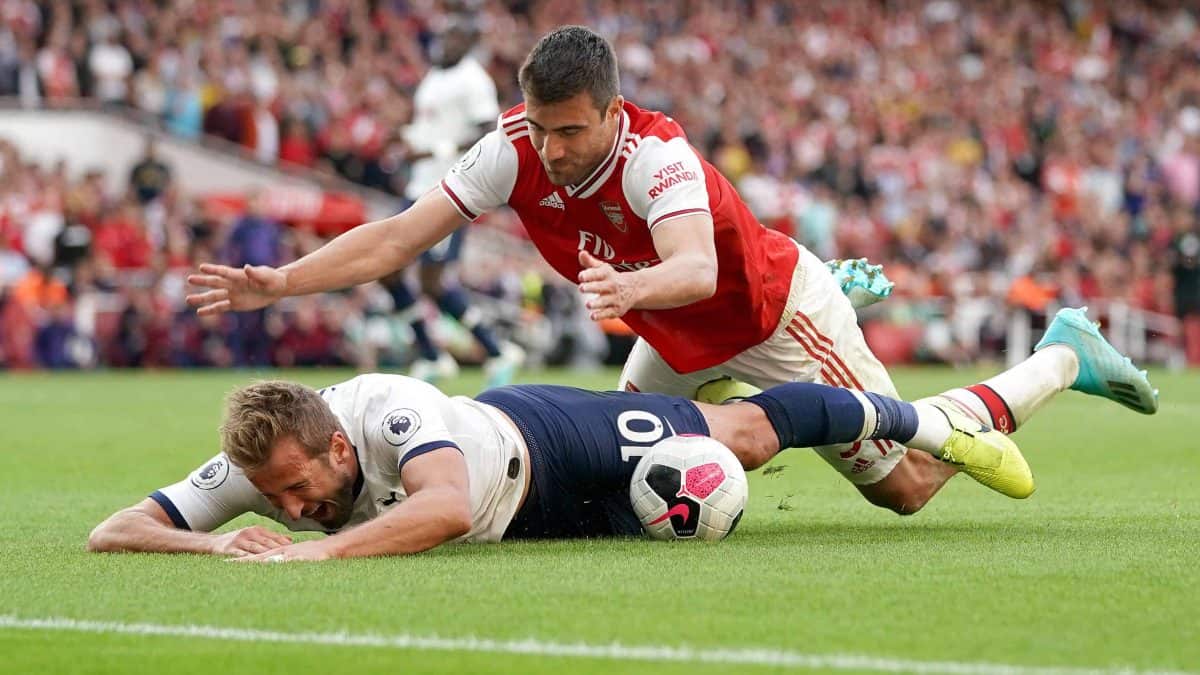 Gary Neville accused Harry Kane of diving as he went down in a coming together with Sokratis in the 85th minute of a fantastic North London derby, which ended 2-2, with Kane bagging his 10th goal in the famous fixture.

But Kane insisted: “The defender made a tired tackle and if that had happened on the halfway line I think it’s a definite foul.

“The ref probably thinks I was looking for it but he came through the back of me.

“It was 50-50 but VAR would probably have backed the ref in this anyway.”

Neville’s fellow Sky pundit Graeme Souness said: “I think Kane is looking for a penalty. He is waiting to go down.

“The defender has got his hands on his back but that kind of contact would not justify that fall.”

Jose Mourinho reckoned: “I have seen a penalty for less but I would say no penalty.

“Sokratis didn’t need to go for the header for Christian Eriksen’s opening goal.

“Then David Luiz dived in again, gambling in the way he does all too often.

“And goalkeeper Bernd Leno should have done better than just palm the ball into Eriksen’s path.

“From start to finish, it was embarrassing how easy it was for Tottenham to get their two first-half goals.”