“I think Darwin would have been fine even without scoring the third one because the penalty was Millie’s cross and his header," said Klopp. 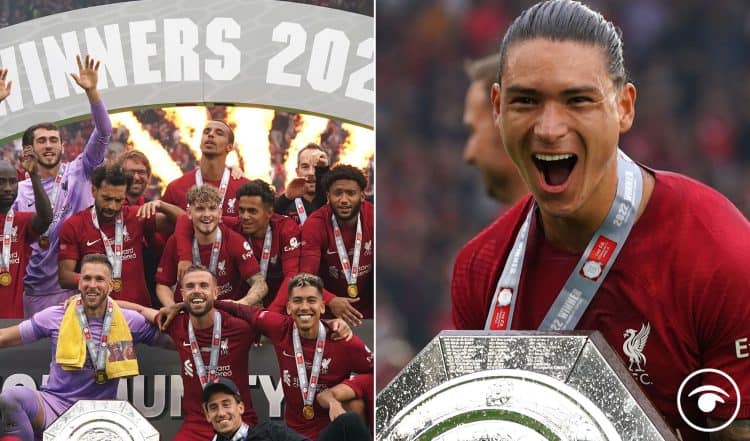 Liverpool manager Jurgen Klopp was impressed by the impact Darwin Nunez had coming off the bench to turn the Community Shield in his side’s favour against Manchester City.

The 23-year-old Uruguay striker, who could become the club’s record signing if all the elements of his £85million summer deal with Benfica come to fruition, was introduced with 30 minutes to go and produced an impressive cameo.

He won the late penalty from which Mohamed Salah put the Reds 2-1 up and then stooped to head home in added time to seal a 3-1 win in Leicester.

Over in Germany Sadio Mane made a goalscoring start to his Bayern Munich career but prior to their win over RB Leipzig, he watched the Reds’ clash with Manchester City for ‘as long as possible’, reports Liverpool Echo

The Senegal international, 30, joined Bayern in a £35million deal last month. He was one of Liverpool’s most prolific forwards, scoring 120 goals in six seasons to help Jurgen Klopp’s side win six trophies.

As much as the Liverpool fans won’t forget what Mane did for them, the buzz is all about Nunez, as you can see from these reactions…