Old Firm tensions were resolved in this case, but the ratings on the new console game will be a talking point. 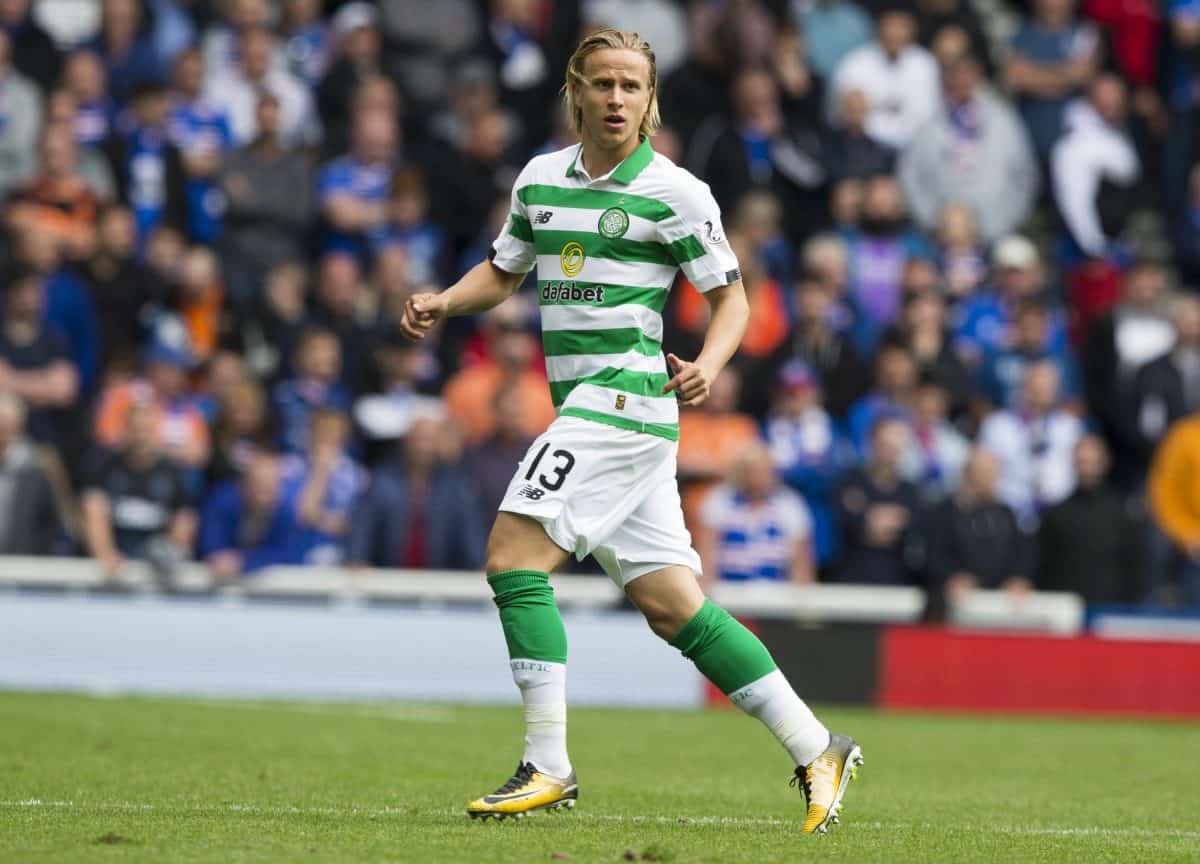 Celtic right-back Moritz Bauer admits he was surprised to receive a phone call from Rangers winger Jordan Jones apologising for a derby foul.

Jones was sent off for a wild swipe on Bauer in the final seconds of Celtic’s 2-0 Ibrox win on September 1.

But Bauer escaped without any lasting damage while Jones suffered a knee injury which ruled him out of the Northern Ireland squad.

The on-loan Stoke player, who made his Celtic debut off the bench at Ibrox, said: “I didn’t feel it that bad on the pitch, I just felt it was a foul, and after the red card I was a bit surprised. But on the TV it looks like a bad tackle.

“I felt it was a bit of frustration at the end of the game. I didn’t feel it was like a personal attack. It was a badly-timed tackle and luckily I didn’t injure myself.

“Unfortunately he caught himself a bit but I didn’t feel it that bad, and the day after we spoke as well, which I really, really appreciate.

“So there is no bad feeling at all. It’s normal, every player knows it can be dramatic or emotional on the pitch.

“I didn’t feel like he tried to injure me, it was just a bit of frustration about the result.

“These things happen. I wish nobody had been hurt. It’s part of a derby.”

When asked if he was surprised by the call from his rival, Bauer said: “Because I didn’t injure myself, I didn’t expect it, so it was a very positive surprise. Also it’s a big compliment to him, it’s very fair play.

“He asked how I felt and whether he caught me badly, and he apologised for the tackle.

“He didn’t want to catch me, it was nothing personal, it was just an act of emotion and a bit of frustration.

“These things happen, it shouldn’t happen but it’s not the first time in a football game someone got a red card for a badly-timed tackle. So we spoke and we are all good, no bad feelings at all.”

Bauer was delighted to play his part in a significant after coming on for the injured Nir Bitton midway through the second half.

“Luckily I have had quite exciting debuts,” he said. “Even with Stoke, my first game was at Old Trafford. I think it’s meant to be that my first game is always quite a big game.

“Because of the great team spirit and the trust and faith the gaffer shows in all the players, and the atmosphere we created, I really felt like a part of the team.”

In other news FIFA 2020 is nearly out and James Forrest is the highest-rated Scottish Premiership footballer in FIFA20 with player cards revealed for the whole league.

The Celtic winger has been given 77 points and he’s followed by his Hoops team-mate Callum McGregor , who is handed the surprising position of a central defensive midfielder in the game.

The latest edition of FIFA is out on September 24 and player cards are always a huge talking point among fans of the game.

This is how the game rates players from both sides…