The Israeli prime minister made his pitch to nationalist voters. 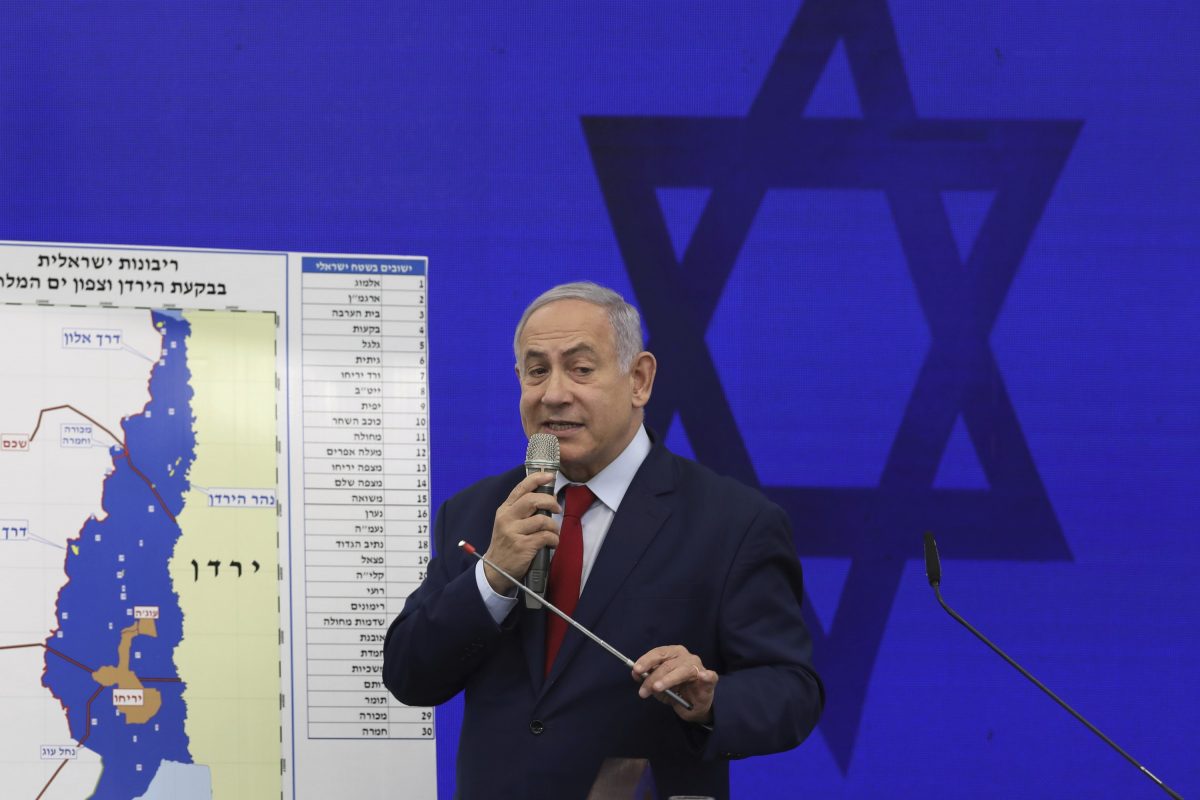 Tuesday’s announcement by prime minister Benjamin Netanyahu appeared to be aimed at shoring up support of hard-line nationalist voters.

Mr Netanyahu is in a tight race and has turned to a series of dramatic announcements in recent days as part of a frantic effort to mobilise his supporters.

Mr Netanyahu says Israel must lay out its vision as President Donald Trump prepares to unveil his Mideast peace plan.

Annexing settlements would likely spell the end of any lingering hopes of establishing a Palestinian state alongside Israel.

Mr Netanyahu made no mention of what he would do with the territory’s more than two million Palestinian residents.