And in amongst the sea of red and white there is still room for a lone Colombian. 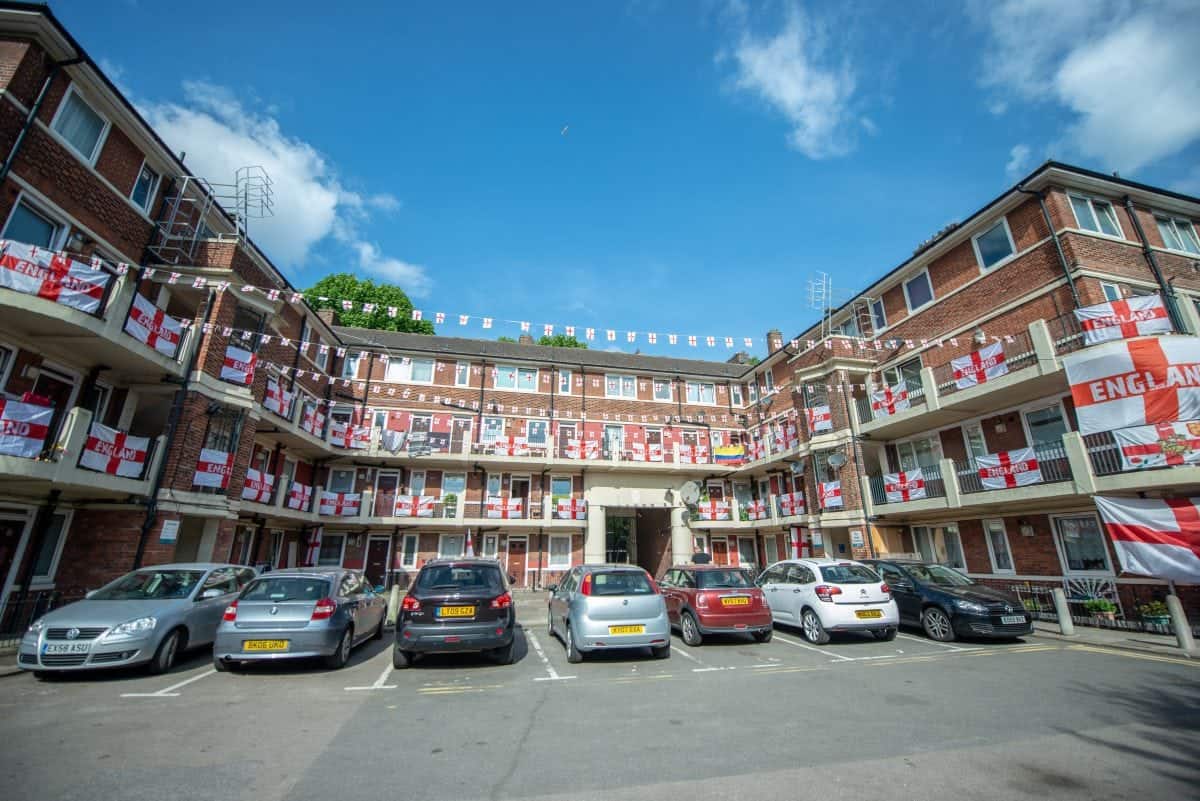 Residents from England’s most patriotic council estate have spoken of the pride in their many flags on display.

The Kirby Estate in Bermondsey, south-east London, is home to hundreds of England flags – and a few lone foreign ones.

She said: “It just brings the community together – we’ve got a diverse lot here and it brings us closer.

“The flags get us all chatting and talking. It’s a sense of pride really.

“There’s so much negativity at the moment, the flags just brightens people’s moods – it makes us all happy.

“We didn’t impose this on anyone, we didn’t just go out and put these up.

“We started off by posting a note through everyone’s door and they were in favour.

“People from other countries are proud too, they’ve started to get their flags out – we put them all side by side.”

Geraldine, a pharmacy advisor, added: “It’s a community thing, it gets everybody out.

“The attention we’ve got this time has been overwhelming.

“None of this is for financial gain, if people do want to give money, then do it for charity.”

Loretta Mcilvernon, 30, is a receptionist who has lived on the estate for ten years.

She said: “We do this every year with the flags – it’s all thanks to our flag ninjas.

“They’re responsible for putting all the flags up in the hard to reach places.

“I think it’s great, we put a lot of effort into it – everyone gets involved and people from other countries love to put their flags up too.

“They insist they we don’t take the flags down, they like to put their flags next to ours.” 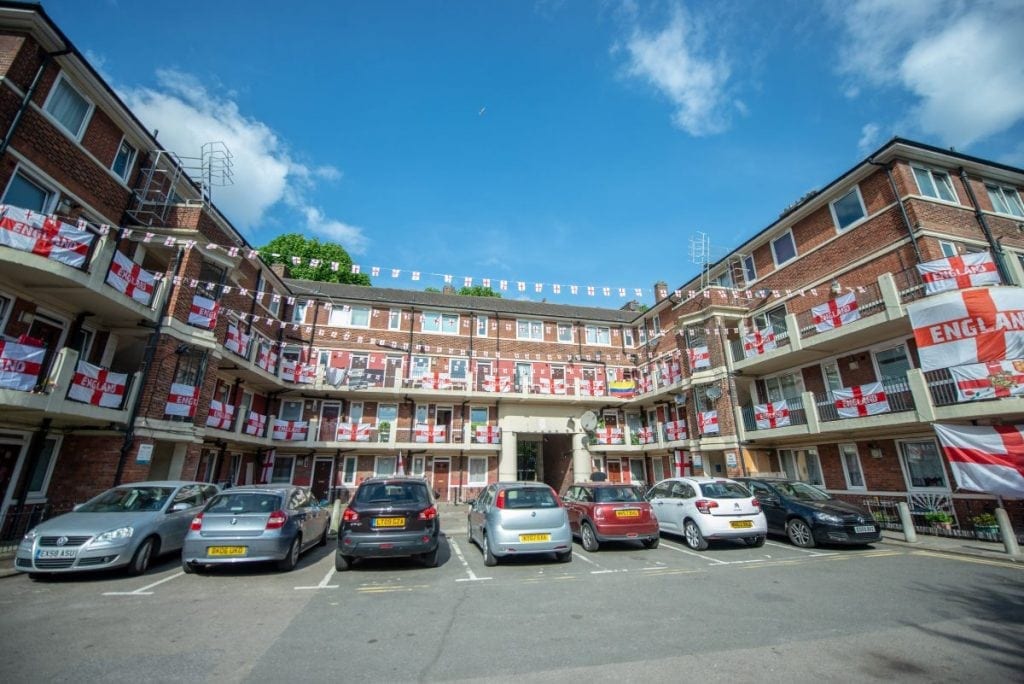 Loretta enjoys seeing the flags on the estate even though she is not a football fan.

The mother-of-one loves the sense of ‘community’ on the estate, where ‘everyone knows each other’.

She said: “This grows every year – we always put the flags up for St George’s Day.

“If we get knocked out of the World Cup we’ll take the flags down.

“We’ve never had any complaints from people or the council, there are a few people online who leave nasty comments.

“People from all walks of life have come here to take photos – people love it, we’re told all the time.

“Everyone is together here on the estate and we are proud.”

Chris, 39, has lived at the estate for eight years and plays a big part in putting up the flags.

He said: “If you look round the corner you will see a Polish flag, a Portuguese flag – over there is a Colombian flag and a Spanish flag.

“This has spiralled over the past six years, it gets bigger every time.

“It wouldn’t surprise me if the council wanted to take it down after the attention it’s got, it’s England, so they view it as racist.

“I don’t understand the problem with the flag, we welcome everyone to get involved that lives here from around the world – we are just waiting on a French one.

“This feels like the estate Southwark Council forgot, but all the kids play out together, we have a community feel.

“We’re all behind the flags, it takes three or four evenings to do.

“We’ve made sure every single balcony has a flag this year, this stated in Euro 2012 and it gets bigger every year.

“They will come down if we get kicked out of the cup, but we always do this for St George’s Day.”

Resident Monica Tyrell, 53, said: “I don’t care about the football, it doesn’t matter to me.

“You can see my England flag up there on the first floor – I don’t like football, but the flags are lovely.

“The flags are beautiful.

“I’m from Nigeria, but I’m not interested in having a my own country’s flag up.”

In other England fan news, England’s “biggest fan has covered his ENTIRE house with an England flag: 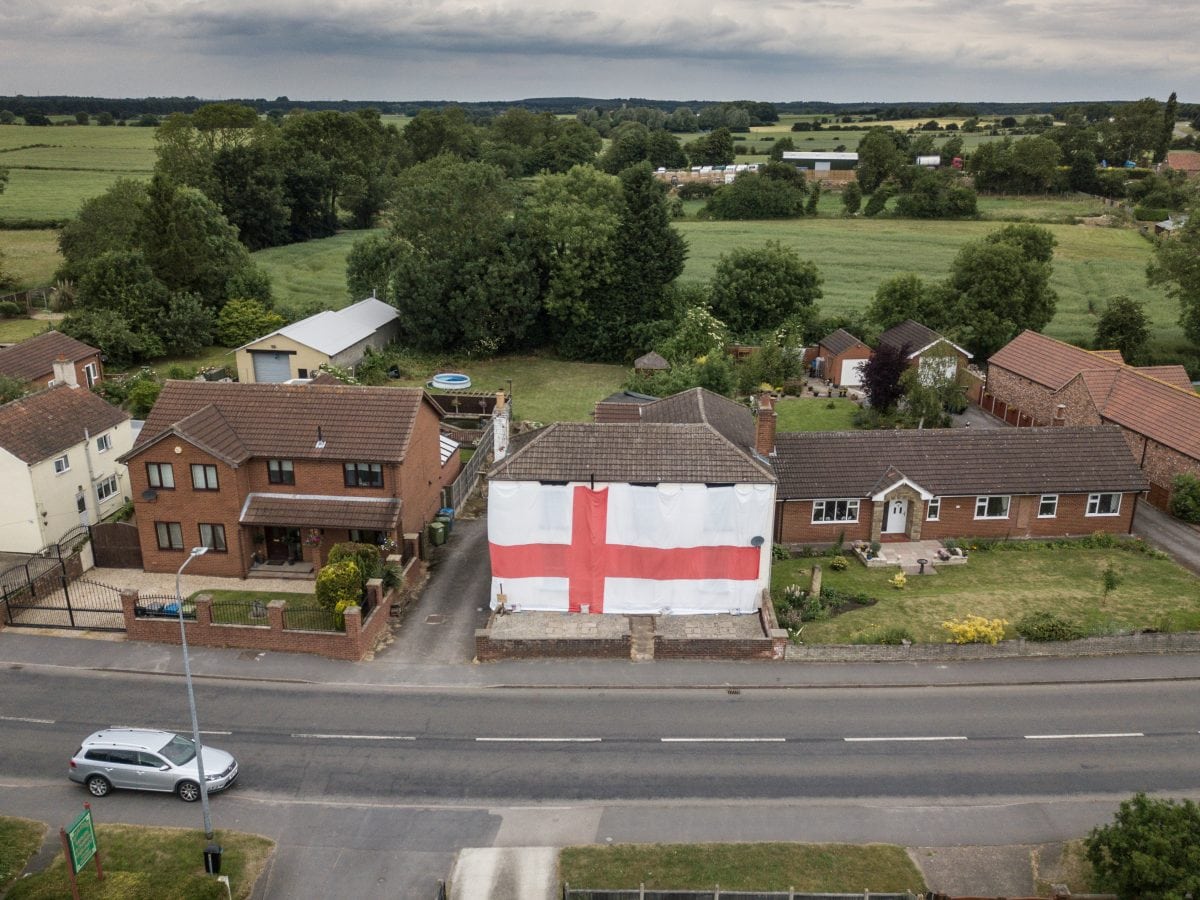 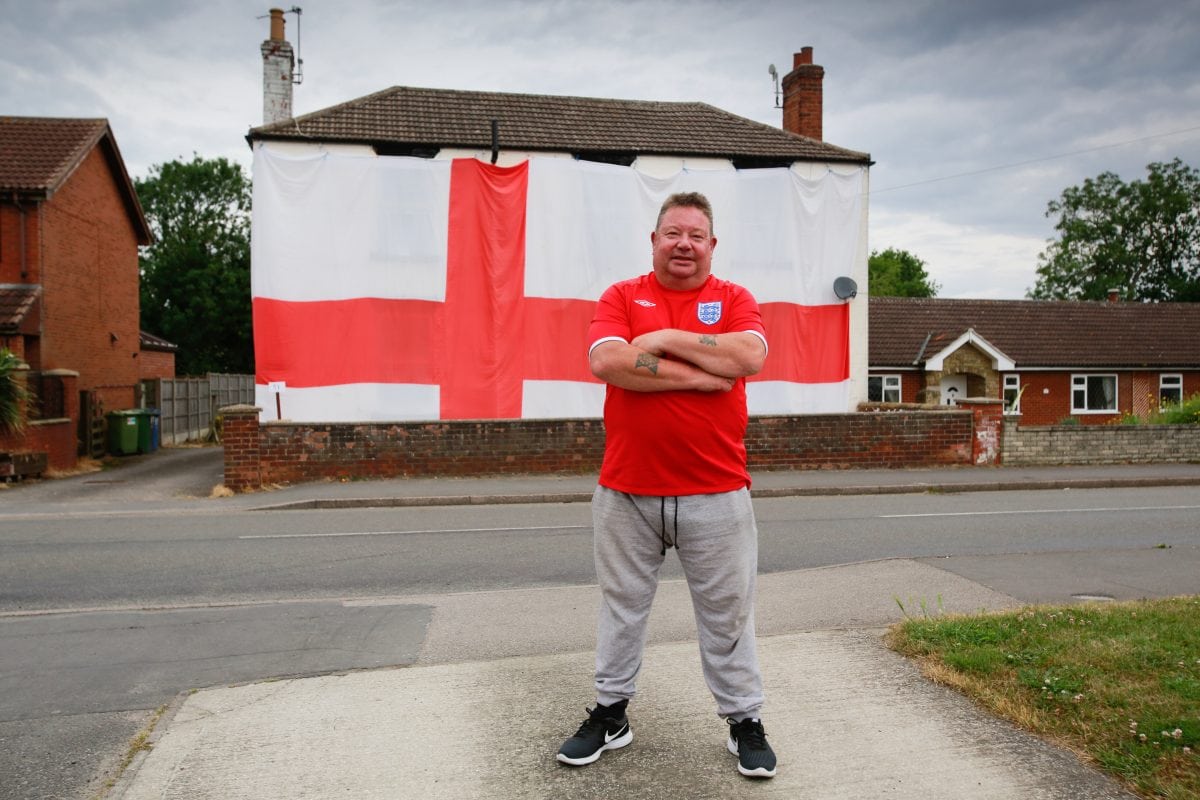