The Rangers manager has vowed to field a strong side in the second leg of the Europa League qualifier against Progres Niederkorn despite a 2-0 lead. 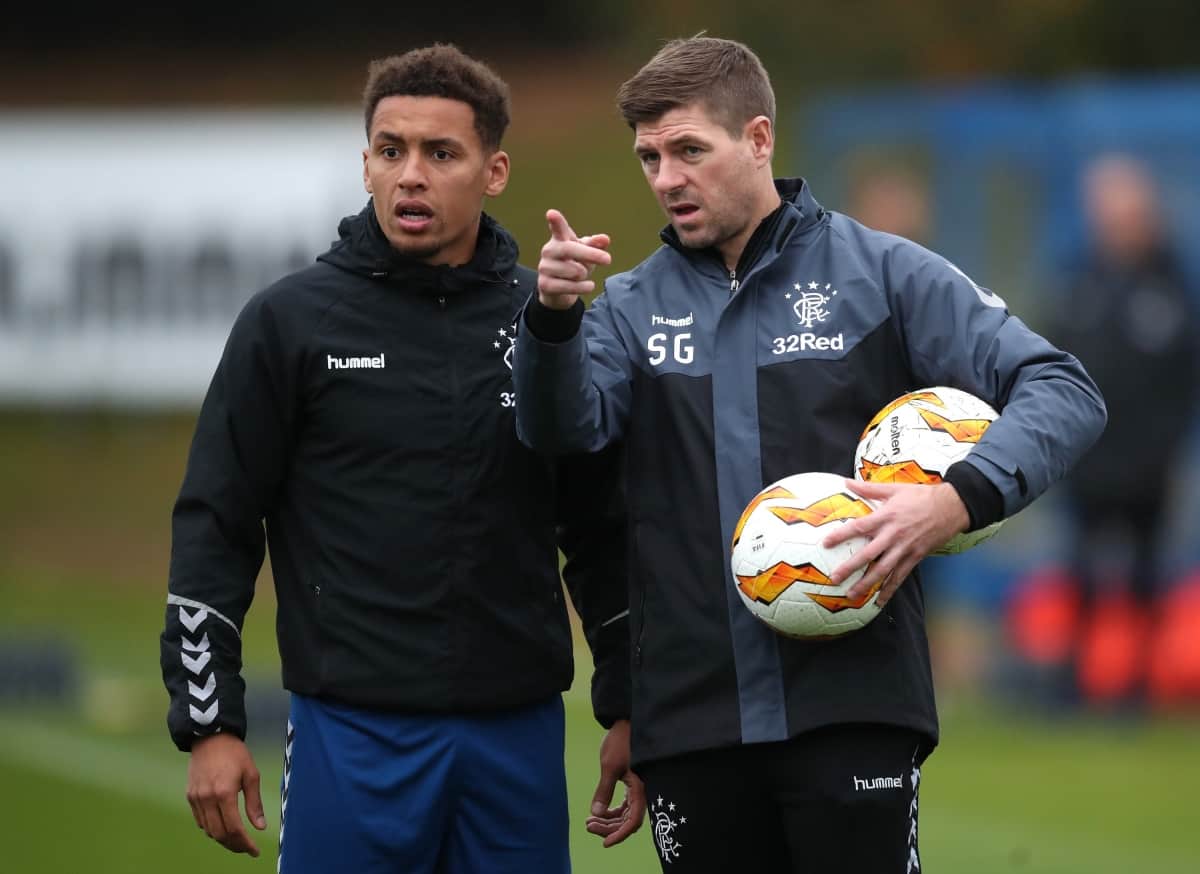 Steven Gerrard insists he will not gamble with Rangers’ Europa League chances by making sweeping changes for their Progres Niederkorn return.

The Ibrox manager was frustrated as Gers failed to kill off their old foes from Luxembourg at the first attempt on Thursday night.

Joe Aribo and Sheyi Ojo struck to ensure the Light Blues will return to the Stade Josy Barthel, scene of their 2017 disaster under former boss Pedro Caixinha, with a 2-0 lead.

The scoreline could have been more emphatic but skipper James Tavernier failed to convert a penalty, while a host of other chances were passed up.

It left manager Gerrard claiming his side are not over the line just yet as they look to book a third qualifying round clash with Danes Midtjylland.

The Gers boss will use Sunday’s final pre-season clash with Derby to boost the fitness of his fringe men but insists he will put out his strongest side as he looks to finish the job against Progres next week.

He told RangersTV: “You pick 22 players in your squad and you use who you think is best to do the job out of the 22.

“It was never going to be a case of wholesale changes as we need to go and show this opposition a level of respect but the problem is now Progres’ problem.

“I think before the game it was ours as we had to find a way to open the door and continue to push and try to chase goals.

“We have an advantage at the moment, but we wanted a bigger advantage. There is still work to do next week and I’ll pick a strong team to go and get that job done for us.”

Ojo admits the Light Blues players were left kicking themselves for not putting the tie to bed in Glasgow.

The on-loan Liverpool youngster said: “The main objective was to get a result and then keep us in a good aggregate ahead of the second leg.

“I feel that we’ve done that but obviously we are disappointed because we could have scored more but we are looking forward to the next game.

“We were one up at half-time and the gaffer told us that he wanted us to go and get more goals.

“Luckily enough I was able to help the team with the second goal but, as I said, we were disappointed to not get more.

“We’ve got to take the positives from the game and look forward to the next leg.”

Ojo’s strike, sweeping home from a short Steven Davis corner eight minutes into the second period, was his first competitive goal at Ibrox and his second in Rangers colours.

A naturally delighted Ojo said: “We’ve been working a lot on short corners in training.

“The gaffer and everyone are always telling me to express myself when I get the ball. I was able to do that and luckily it went in.

“It was amazing. You can tell by my reaction and my celebration that I am happy to help the team as much as I can.”