The Celtic Festival will see 22,000 fans turn out over three days 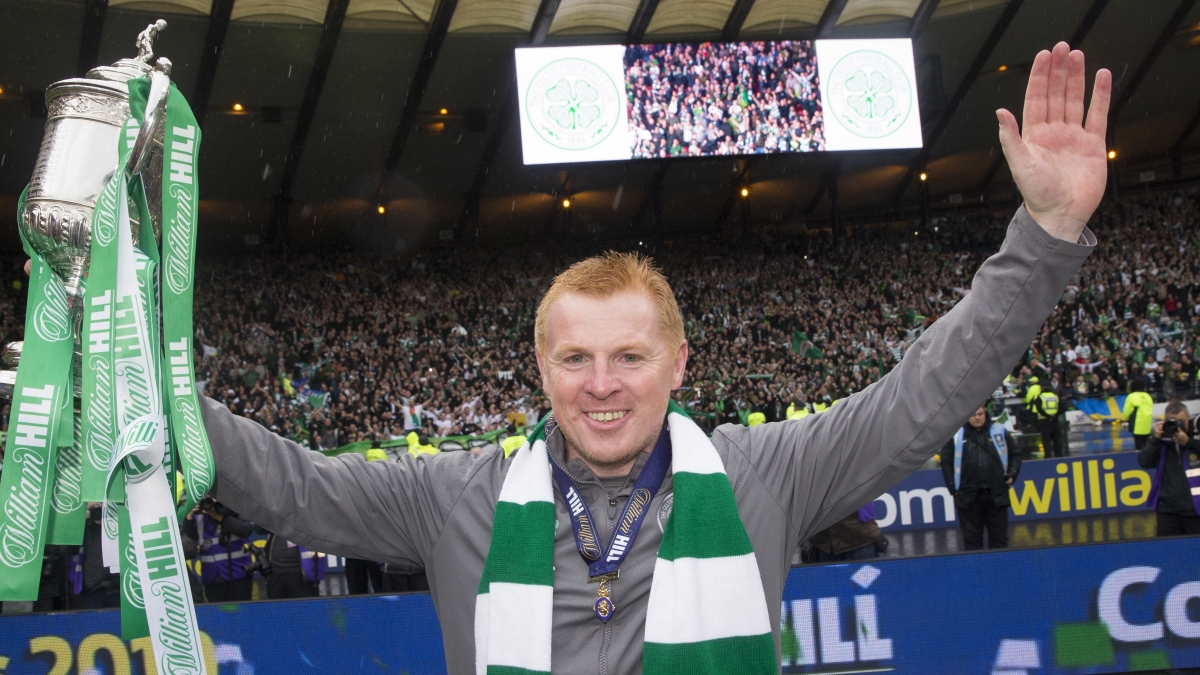 The Celtic Festival will see 22,000 fans turn out over three days for the chance to greet a host of current first-team figures and former stars, with presentations also offering a behind-the-scenes look at how the club operates.

“It’s a massive thing for the club and a great event for the supporters,” added Lennon. “To be honest, there are not many clubs that can do something like this, so it just shows the enormity of the Celtic fanbase and what the club means to so many people.

“This is about giving something back to the supporters. It’s a great opportunity for us to open the door a bit to the Celtic public and let them see what really goes on.

“With the English Premier League on our doorstep, we know how difficult it is to convince players to come.

“But once they are in the door, they realise the magnitude of the club, the excitement and what coming here and enhancing their reputation can bring.”

Neil Lennon insists Celtic will not be caught cold if Arsenal make a late move for Kieran Tierney.

The £25million-rated left-back has been the subject of two failed bids from the Gunners but Lennon confirmed he has already drawn up contingency plans in case the 22-year-old is prised away from his boyhood club.

Reports say Emirates boss Unai Emery is ready to revive his interest in the Scotland international but the Spaniard has just 13 days to make his move before the Premier League transfer deadline on August 8.

But with Scottish clubs able to continue signing players up to September 2, Hoops boss Lennon is confident he has enough time to reinvest in his squad should Arsenal return to the table with an acceptable offer.

Lennon, speaking as he officially opened the Celtic Festival at Glasgow’s SEC, said: “We obviously have contingency plans and have worked out other options if that worst-case scenario were to happen.

“So yes, having that extra two or three weeks later on in the window may be beneficial but as far as I’m aware there have been no (more bids).”

Lennon is desperate to keep hold of Tierney but admits he has no idea if he will get his wish.

“There’s a lot of speculation obviously and that’s going to rumble on,” said the Northern Irishman. “I’ve been answering the same questions over and over in every press conference.

“How confident am I he’ll still be a Celtic player come the end of the window? Well, you can never say never.

“At the minute he’s working away in the background and it’s difficult for him to keep focused at the minute because he’s only human but we’re supporting him all we can.”

Tierney remains sidelined after his double hernia operation but his absence did not hurt Celtic’s Champions League hopes as they hammered latest qualifying opponents Nomme Kalju 5-0 on Wednesday.

Lennon will now ring the changes for next Tuesday’s second-leg in Estonia to boost the fitness of squad, with £7million summer recruit Christopher Jullien pencilled in for his Hoops debut.

The manager said: “Five-nil is a great advantage to have so yes there is an opportunity to allow the players who are champing at the bit to play.

“We’ll analyse that over the next few days to make sure we get the right balance.

“Chris has only had 55 minutes against Rennes since May. He’s training very well and we just felt that Wednesday was just a little bit too soon for him to come in and play competitively.

“But now there is a cushion there it’s now a good opportunity to get a good 90 minutes under his belt.”