Foster Washington said his nephew found Lucci and brought him to his car in South Los Angeles. 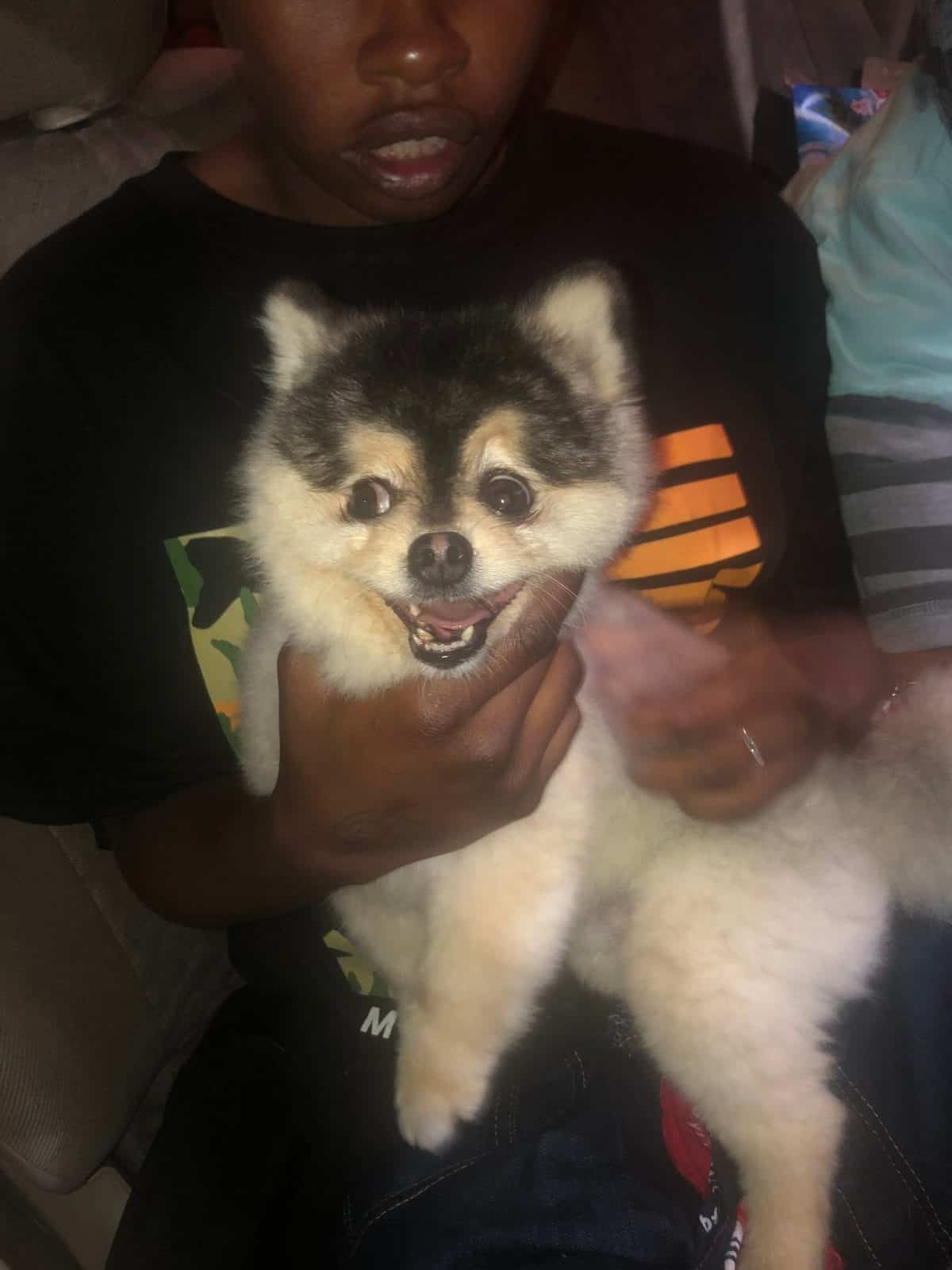 Speaking in a video on Instagram the 29-year-old thanked social media users for helping find his Pomeranian Lucci, after his appeal for information went viral this week.

“Lucci has officially been brought home,” he told his 3.5 million followers.

“Absolutely delighted – just want to say a big thank you to everyone on social media for supporting us and raising awareness.”

Sturridge said he and some friends went to south LA last night at “about half 11” to pick up the dog after a tip off.

Mr Washington told the PA his nephew had found the dog near 8800 South Central Avenue in Los Angeles.

“I took my nephew to the store about 9pm last night,” he said.

“He walked to the store and came back with this gorgeous dog.

“Then a friend of mine walked past and said ‘this dog is famous, it’s the dog from the news … they’re offering 30,000 dollars for it’.”

Mr Washington then shared a picture with Sturridge on Twitter of the dog in his car, where he lives south Los Angeles with his family, with the caption: “Is this Lucci ?”

Mr Washington said Sturridge later made contact with him and organised to meet with him, arriving with “around seven” people “at 1am”.

The father of four shared photos of himself and his family with Sturridge as the footballer came to collect Lucci.

Sturridge posted a video to Instagram on Tuesday showing a broken glass door, which he said was where thieves broke in and took his dog as well as a number of bags.

Los Angeles Police Department are investigating the incident at Sturridge’s home in the city, but could not confirm to PA that the dog had been returned or whether any arrests had been made.

Sturridge is without a club after being released by Champions League winners Liverpool this summer.