Jennifer A. Janus Yeager, 49, was arrested on suspicion of two counts of endangering the health or life of a child and two counts of reckless conduct. 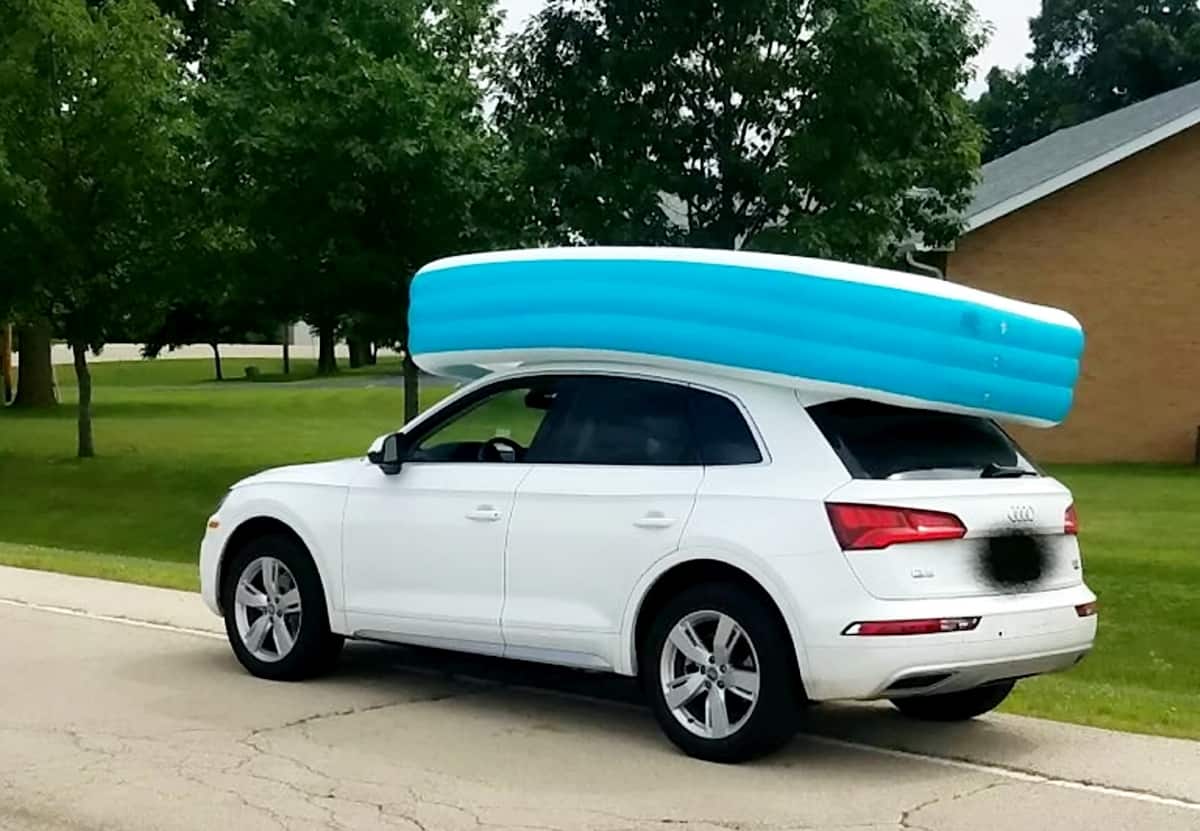 A mum has been arrested after she allegedly got her children to climb into an inflatable paddling pool – on the roof of her moving car.

A worried motorist called police after they spotted an Audi Q5 driving with a blue pool balanced on the roof with two girls inside.

Officers claim the mum had driven into town to inflate the pool at a friends’ house – and asked the kids to climb in to hold it down on the way home.

Jennifer A. Janus Yeager, 49, was arrested on suspicion of two counts of endangering the health or life of a child and two counts of reckless conduct.

She was also accused of failure to secure a passenger of the age of eight and under the age of 16.

The mum was spotted driving in Dixon, Illinois, USA, on July 9 at round 3pm.

A spokesperson for Dixon Police Department said: “​Officers conducted a traffic stop on the vehicle on River Lane, just south of IL Route 2 where they made contact with the driver, Yeager.

“​During the course of the investigation it was learned that Yeager drove into town to inflate the pool at a friends’ house and had her two juvenile daughters ride inside of the empty pool to hold it down on their drive home.”

Yeager was taken to Dixon Police Department where she was processed and released after posting bond, officers said.

The department added: “All charges are merely an allegation and the defendant is presumed innocent until proven guilty.”