The England team take on Andriy Shevchenko’s Ukraine at the Stadio Olimpico on Saturday night. 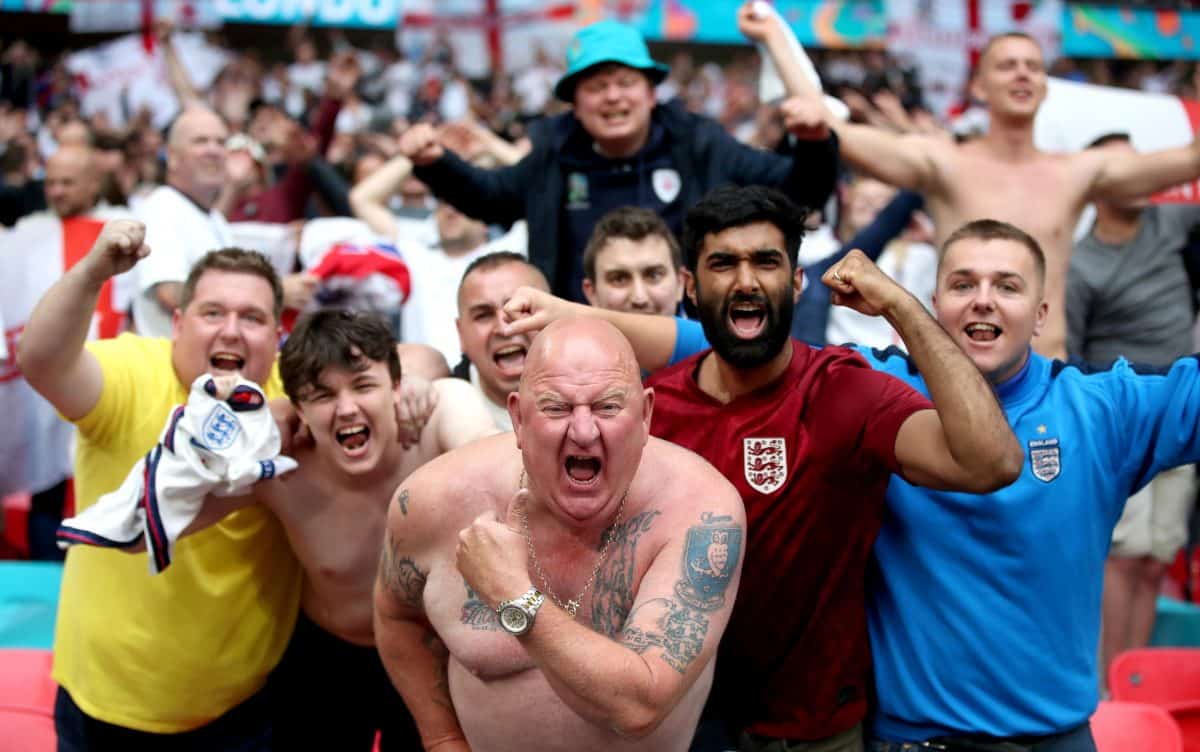 England football fans are hoping the team “can give us something to cheer about” when they take on Ukraine at Euro 2020 in Rome, as pundits predicted a win for the Three Lions.

The England team take on Andriy Shevchenko’s Ukraine at the Stadio Olimpico on Saturday night but will be doing so largely without support in the stands as Italy remains on the UK’s amber list and fans have been urged not to travel.

Malcolm Clarke, chairman of the Football Supporters’ Association, said fans are disappointed about not being able to travel to Rome for the hotly anticipated clash, but added “we’ve got used to a bit of disappointment”.

He told Times Radio: “We haven’t been watching football live for a long time – club games and internationals (have) been missed, so to some extent, people got used to it.”

Mr Clarke joked that fans were just hoping “England can give us something to cheer about”.

When asked if he was confident of victory, he replied: “I think it would be silly to be at all complacent, as one or two England fans now are – a bit too over confident – after the German game.”

Former football manager Harry Redknapp is predicting a 3-0 win for England while former England goalkeeper David James said he believes it will be a 2-1 win for the Three Lions.

The game sees the men’s team attempt to qualify for their first European Championship semi-final for 25 years.

England’s Lionesses reached the Euros semi-final in 2017 but were knocked out after being beaten 3-0 by the Netherlands.

Gareth Southgate’s squad, meanwhile, reached the semi-final of the World Cup in 2018.

If the team manage a victory in Rome, they will face either the Czech Republic or Denmark next week.

Redknapp, a former Tottenham Hotspur manager, told Times Radio he thinks England will also go on to beat Denmark in the semi-final and eventually meet Italy in the final – and win.

He said England have “a fantastic group of players”, and speaking about Ukraine, he added: “I don’t think they’re anywhere near the same class as we are. I think we’ll beat them comfortably.”

James, who was England’s goalkeeper from 1997 to 2010, said he believes England have a chance as they will want to “hold on” to the “euphoria” of winning 2-0 against Germany on Tuesday.

Speaking to BBC Breakfast, he said: “What happened at Wembley, and Gareth has said about it, was a very special night. In order to win the competition, you’ve got to go up and down against different opposition.

“Ukraine will be a completely different proposition to the last match against Germany. The way that Gareth and the team have been speaking, they know they’ve got to win the game… I’ve got faith in (weatherman Matt Taylor) Matt’s prediction at 2-1.”

The match, which kicks off at 8pm, will largely have Ukraine supporters in the stands of the Stadio Olimpico.

Regulations in Italy mean supporters would have needed to have spent five days in quarantine and have had a negative post-isolation Covid test to be allowed into the stadium.

That means those backing the squad on Saturday night in their first away game of the tournament will either be those who call Italy their home, or who have travelled from another European country to attend the match.

Some fans have managed to get tickets for the game as they live outside of the UK.

Luke Curner, originally from Folkestone, Kent, was able to avoid isolation as he travelled from Helmstedt, Germany, where he lives with his wife and children.

The 36-year-old bought tickets for the match in 2019 as it falls on his birthday weekend and he told the PA news agency: “I feel very privileged to be here, I’m usually on the wrong end of these kind of situations.”

Jack Francis, 20, from Southampton, travelled to Rome from France and said he feels “lucky” to be able to go.

“It feels very surreal, and hopefully it will be a memorable game which will be talked about for years to come if we go all the way,” he added.