Boris Johnson's got a bigger flag than you, and he's not afraid to shout about it. 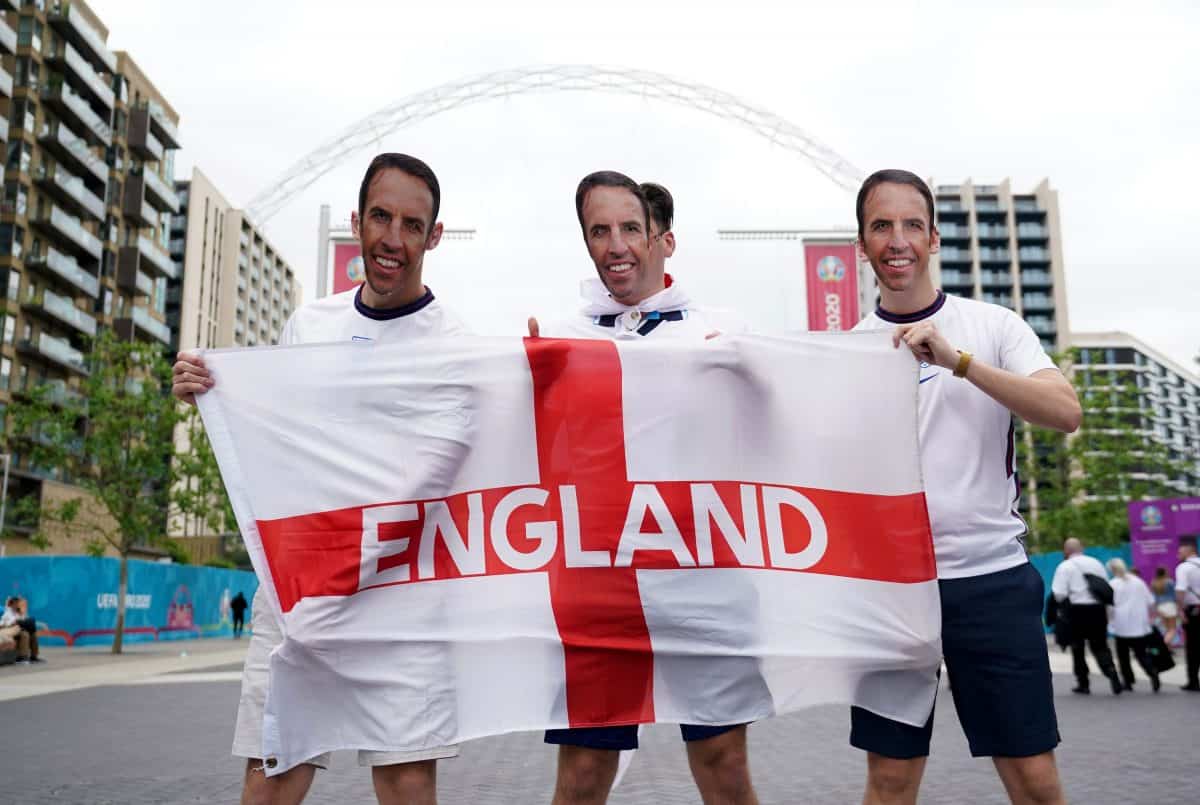 In case you hadn’t heard, England take on Ukraine tonight for a place in the semi-final of Euro 2020.

Never one to spurn an opportunity for some flag-waving patriotism, Boris Johnson has waded into the fray, posing with an absolutely enormous St. George’s flag outside Downing Street.

?⚽️ | NEW: Downing Street have released this photo ahead of England Ukraine pic.twitter.com/BL7LeBF5SS

Needless to say, Twitter has some thoughts about the prime minister’s gesture.

failure is an orphan but success has many fathers pic.twitter.com/xOy2oB5rDt

They told him he had to find his way out of the maze. He’s been in there since Tuesday. pic.twitter.com/2CWJsoFY1E

it’s like having The Pub Landlord as Prime Minister pic.twitter.com/QSSyllTMd9

Its an optical illusion. The flag didn't get bigger it's just the stature of the UK Prime Minister that's been significantly reduced. pic.twitter.com/fDY6VSvUek

"Siri, show me a picture that explains why Scottish people want England to get fucking pumped at the Euros" https://t.co/72Ia8B9W3F

Related: Starmer: Batley and Spen win a ‘turning point’ for the country