Micheal Martin said the EU had demonstrated “goodwill and generosity” to the UK - and urged London to return the favour. 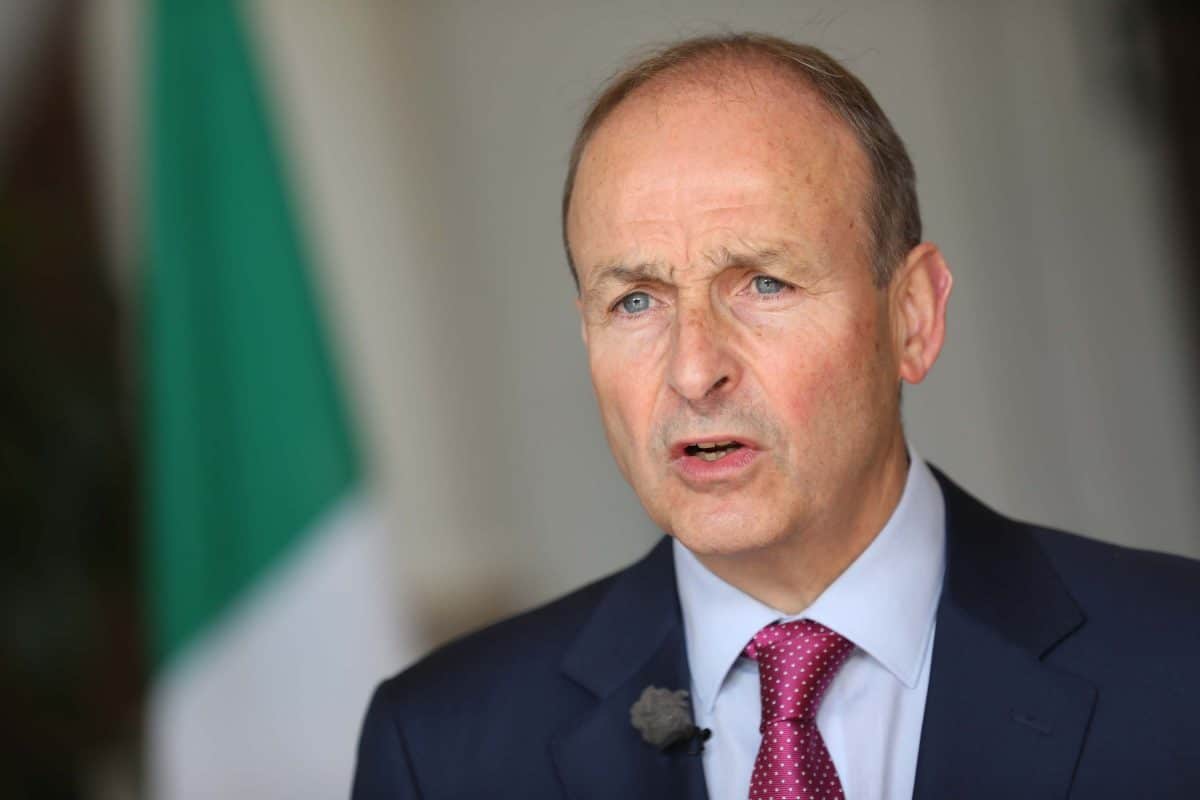 Irish premier Micheal Martin has called on the UK Government to  “reciprocate the generosity of spirit” shown by EU leaders on the Northern Ireland Protocol.

It came after UK cabinet ministers ramped up pressure for concessions on the Protocol by warning of disruption to peace if changes are not made.

Micheal Martin said the EU had demonstrated “goodwill and generosity” to the UK, with the extension to the grace period allowing chilled meats to be sent from Great Britain to Northern Ireland this week.

He said “warning each other is over” and called for engagement to find solutions through the withdrawal agreement.

He told reporters on Saturday: “I think the British Government should acknowledge the approach of the European Union this week in terms of the extension of the grace period and also in terms of the facilitation around the medicines issue.

“There is no question that the European Commission and the European Union leaders have demonstrated goodwill and a generosity of spirit towards the British Government in resolving this issue.

“It really is time for British Government to reciprocate the generosity of spirit that European leaders have shown.

“And also the sense of flexibility that Europe has indicated to the United Kingdom that it is willing to deploy, in respect of the working-out of issues pertaining to the Protocol,

“The time for warning each other is over. It’s time for engagement, constructive engagement, with a view to reaching a resolution.”

On Wednesday the EU announced a number of solutions to ease the implementation of the Protocol.

As well as extending the grace period on chilled meats, it changed its own rules to allow medicines to continue to flow from the UK into Northern Ireland and waived the obligation to show the motor insurance Green Card for drivers from the UK.

Unionists – who have demonstrated against the UK-EU treaty in recent months – have complained the terms of the Protocol are splitting Northern Ireland from Great Britain and hitting the pockets of businesses, with suppliers either giving up exporting across the Irish Sea or facing added checks and costs to do so.

Mr Martin said there is a pathway to a sustainable solution to those concerns.

“It’s within the withdrawal agreement that the British Government signed up to, and there are mechanisms within that agreement to reach a resolution,” he said.

The Taoiseach said the EU is willing to make changes that can ease disruption to trade flows, but that the UK must abide by what it signed up to.

He said: “European leaders have made it clear to me, and the agreement itself makes it clear, that it wants to reduce and minimise disruption to the optimal degree, as much as possible.

“But there was an agreement there. There was a mechanism to resolve the issues within the withdrawal agreement.

“It really needs political will now. I have no doubt that if both the United Kingdom Government and EU Commission really engage, this can be resolved.”

On Saturday, UK Cabinet ministers turned up the rhetoric in a bid to push Brussels into concessions over the Northern Ireland Protocol by warning of possible disruption to peace in the region without changes.

In a joint article in the Irish Times, Brexit Minister Lord Frost and Northern Ireland Secretary Brandon Lewis said this week’s extension of a grace period in the so-called sausage war was “welcome” but that the extension “addresses only a small part of the underlying problem”.

The men warned the European Union that the Protocol – negotiated as part of the Brexit divorce deal – risks “damage” to the Good Friday Agreement, which in 1998 helped to secure peace after decades of sectarian violence in Northern Ireland, unless a “new balance” is found in terms of customs checks.

Following a request from the UK, the EU on Wednesday agreed to continue to allow chilled meats to be shipped to Northern Ireland from Great Britain for another three months.

The deal avoids a trade dispute by delaying the ban until September 30 while efforts continue to find a lasting solution.

With a reprieve in place, Lord Frost and Mr Lewis urged Brussels to adopt a softer approach to the implementation of the Protocol – a treaty the Conservative peer helped to negotiate – or else risk further economic disruption and possibly even upsetting the peace in Northern Ireland.

The protocol is aimed at avoiding a hard border with Ireland by effectively keeping Northern Ireland in the EU’s single market for goods.

Writing in the Irish Times, the ministers said: “Opposition is growing, including among many people who are not normally active in political life. That is not a stable basis for the future.

“The current process to resolve all these difficulties is not working and risks creating a series of rolling crises as we lurch from one deadline to another.

“Wednesday’s agreement to extend by three months the right to circulate British sausages and chilled meats in Northern Ireland is welcome, but addresses only a small part of the underlying problem.

“In short, a seriously unbalanced situation is developing in the way the Protocol is operating – this risks economic harm in Northern Ireland and damage, in turn, to the essential balance within the Belfast Agreement itself.”

The Conservative frontbenchers called for a “new balance in the way the Protocol is operated” to be put into place “rapidly” and questioned how the EU’s insistence on stricter application of the Protocol would help matters.

“If operating the Protocol on the current basis is making the situation worse, then how can pressing for an even more rigorous assertion of it make sense?” they asked.

They said that the UK would have to “consider all our options” if no solution is forthcoming, as ministers have “an overriding responsibility and obligation to support peace” in Northern Ireland, in what will likely be read as a further threat to act unilaterally to suspend irksome elements of the Protocol.

Prime Minister Boris Johnson, at a joint press conference with German Chancellor Angela Merkel, said he hoped the “wurst is behind us” when it came to the chilled meat saga.