The Chelsea youngster has been called up to the senior squad. 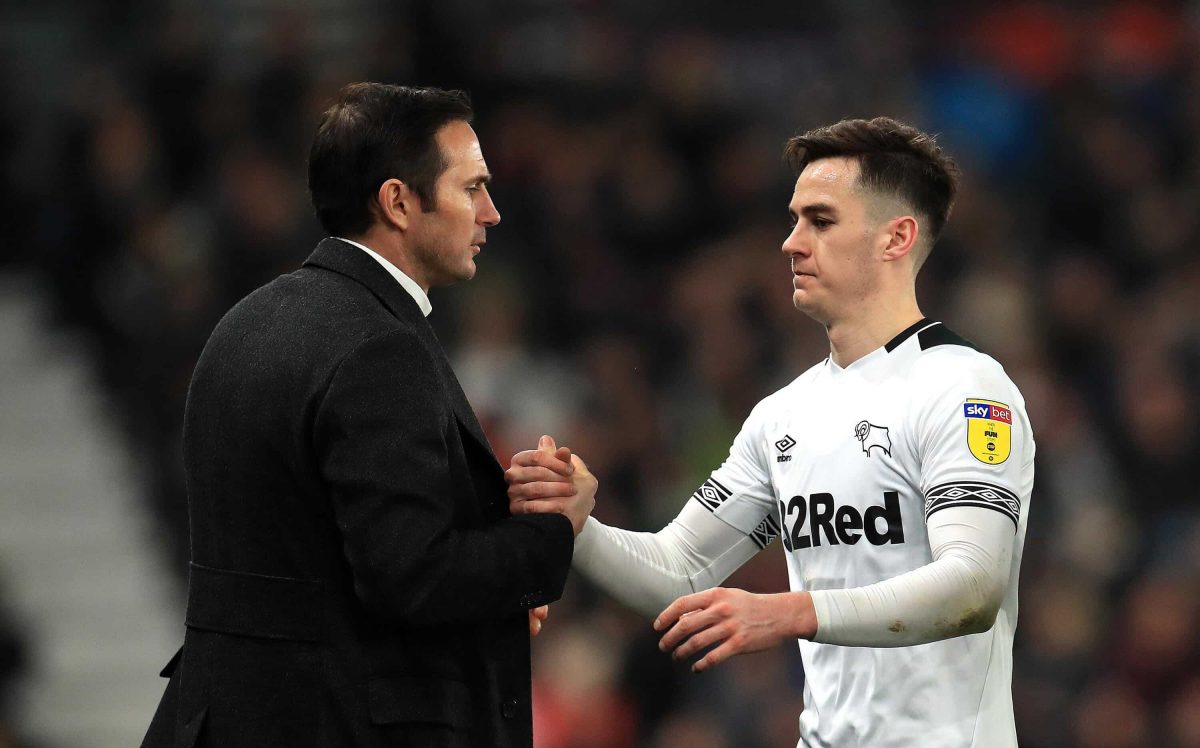 Chelsea star Mason Mount cannot wait to line up alongside old friend Declan Rice once again as the talented youngster prepares to play for England.

Mount is full of praise for Chelsea boss Frank Lampard, who had a fantastic England career, as is another rising star. Tom Lawrence has revealed how Lampard helped him through the pain of losing his mother and says the Chelsea manager is “always there” for him.

“If I ever need anything, he’s always there,” Lawrence said of Lampard, who joined Chelsea after guiding Derby to the Sky Bet Championship play-off final in his one season at the club.

“He was great with me with things that have happened in my personal life at the back end of last year.

“He’s also helped me a lot and I’ll always have great things to say about the gaffer (Lampard).”

Eyebrows were raised last October when Gareth Southgate first called up the then teenager Mason Mount during his loan spell at Derby, whose run to the Sky Bet Championship play-off final was overseen by the manager he is back working with.

Chelsea great Lampard’s return home has seen highly-rated Mount finally get a shot at Stamford Bridge, with the 20-year-old scoring two in four Premier League appearances for a club he joined at under-9 level.

It was during his time in the Blues’ youth ranks that the attacking midfielder became close friends with Rice, who may have moved onto West Ham but should soon fulfil their dream of playing together.

“That’s something we’ve spoke about for a long, long time,” Mount said.

“Being very, very close friends with him, that was something we always looked forward to something maybe happening in the future and this chance could happen.

“Obviously speaking together with him it’s very exciting. We’re very, very close, known each other for a very, very long time. View this post on Instagram

“We’ve always spoken about that opportunity of maybe playing with each other again.

“Playing with each other at Chelsea at that young age, it was something special between us, so we’ve always kept that hope of it maybe happening again.”

Rice has three England caps to his name since making the switch from the Republic of Ireland, while Mount is hoping to make his bow in one of the upcoming Euro 2020 qualifiers against Bulgaria and Kosovo.

“It’s obviously a massively proud moment for me,” he said after being unused in the Nations League matches in Croatia and Spain.

“It’s a massive moment for me and I’m looking forward to these next few days.

“You always dream about that – that call-up, that start for England – as a kid.

“I’ve always dreamt of that and looking forward to these next two games, working hard in training so hopefully that can happen.”