The gloves are off for Roy Keane... 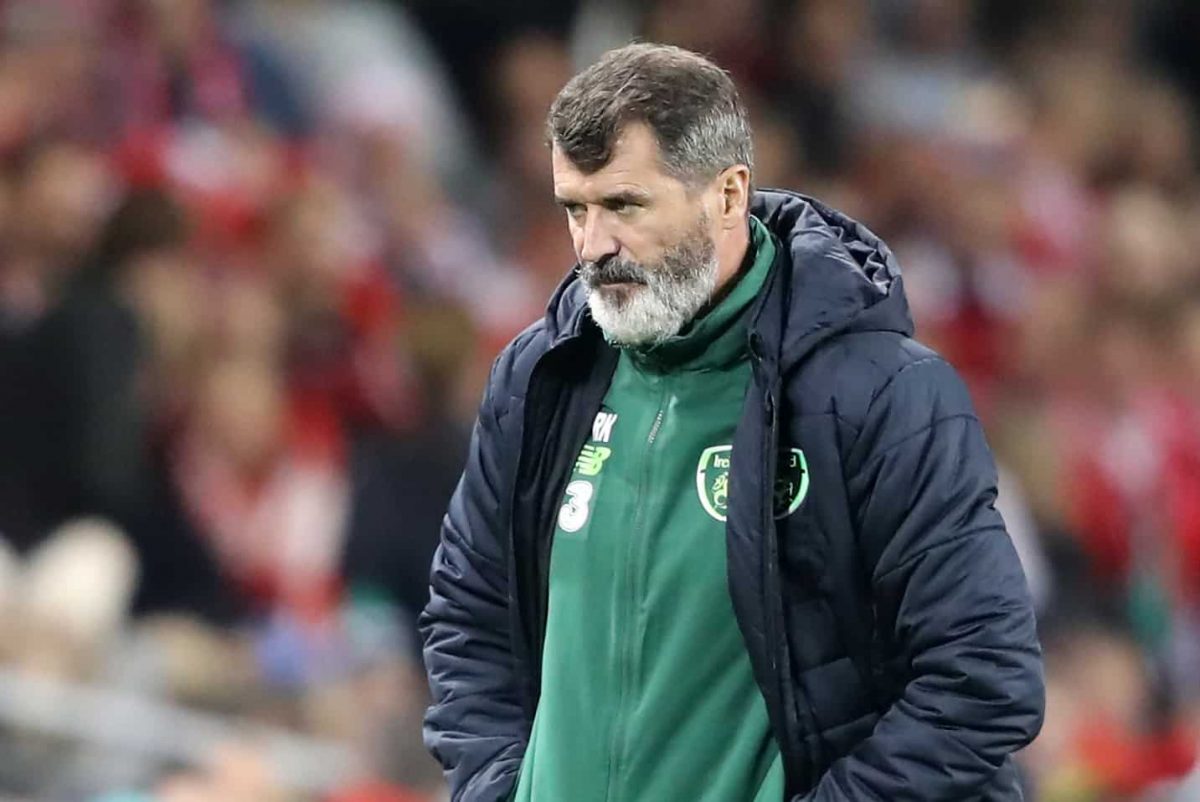 Republic of Ireland assistant manager Roy Keane during the UEFA Nations League Group B4 match at the Aviva Stadium, Dublin.

Having worked under O’Neill once again in his short spell in charge at Nottingham Forest, former Sunderland and Ipswich boss Keane hinted that he is ready to return to management in his own right and defended his methods.

Keane said: “I definitely want another crack at it. I don’t think Real Madrid will be calling me. Unless the right opportunity comes up, I’ll back away from it but I’d like to have another crack at it and see where it takes me. If I go back to a club, it’s got to be as manager, simply as that.”

Gary Neville insists Keane is not a beaten docket as a boss, in support he said: “Roy’s coming into his prime having gone through that learning of the first 10 years in coaching and management which is, to be fair, difficult for anybody.”

On his coaching style Keane was as outspoken as ever, he said: “People say I was very demanding as if I should almost apologise for it, particularly when I’m in a coaching role.

“Brian Clough – you’re on about motivation – he punched me one time. He was upset. It was heated. He punched me. I remember thinking ‘You’re still a brilliant manager’. I came in the next day and trained. I didn’t text somebody in the media. Or go on Ratsapp.”

Keane made the comments as he re-opened his war of words with former Republic of Ireland international Jonathan Walters.

The former Ireland skipper, who served for five years as Martin O’Neill’s assistant manager with the national team, famously crossed swords with Walters and Harry Arter over their managed training regimes in a spat which was later detailed by defender Stephen Ward in a leaked WhatsApp audio message.

Speaking at a Cadbury’s Off The Ball roadshow at the Bord Gais Theatre in Dublin on the eve of the Republic’s Euro 2020 qualifier against Switzerland, Keane referred to an emotional television appearance made by Walters in which he spoke about the death of his mother when he was 11 years old.

“Maybe he should lie low for a while. Have a look at his medals? That wouldn’t take long.”

Walters’ goals proved pivotal in Ireland’s qualification for the Euro 2016 finals, but Keane was dismissive about his contribution, turning his attention to another old foe Jason McAteer, who fired 10-man Ireland to World Cup qualifier victory over Holland in 2001, in the process.

He said: “How many years ago is that? How long is he going to live off that? A certain player scored against Holland and he still is.”

Keane and O’Neill parted company with Ireland in November last year, days after a 0-0 Nations League draw in Denmark brought an end to a run of nine games in the calendar year which yielded just one win.

Keane admitted he sensed the writing was on the wall when businessman Denis O’Brien ended his agreement to pay a significant proportion of the management team’s wages, and defended their record.

He said: “With the Irish job, I loved every minute of it. People still say to me, ‘Sorry it didn’t work out with Ireland’. I say ,’It did’.

“We had two proper campaigns. We qualified and got to a play-off. If every Irish manager did that, Irish football would be in a decent place.

“I think Martin was harshly treated, but we’ll survive. We are big boys. Life goes on.”