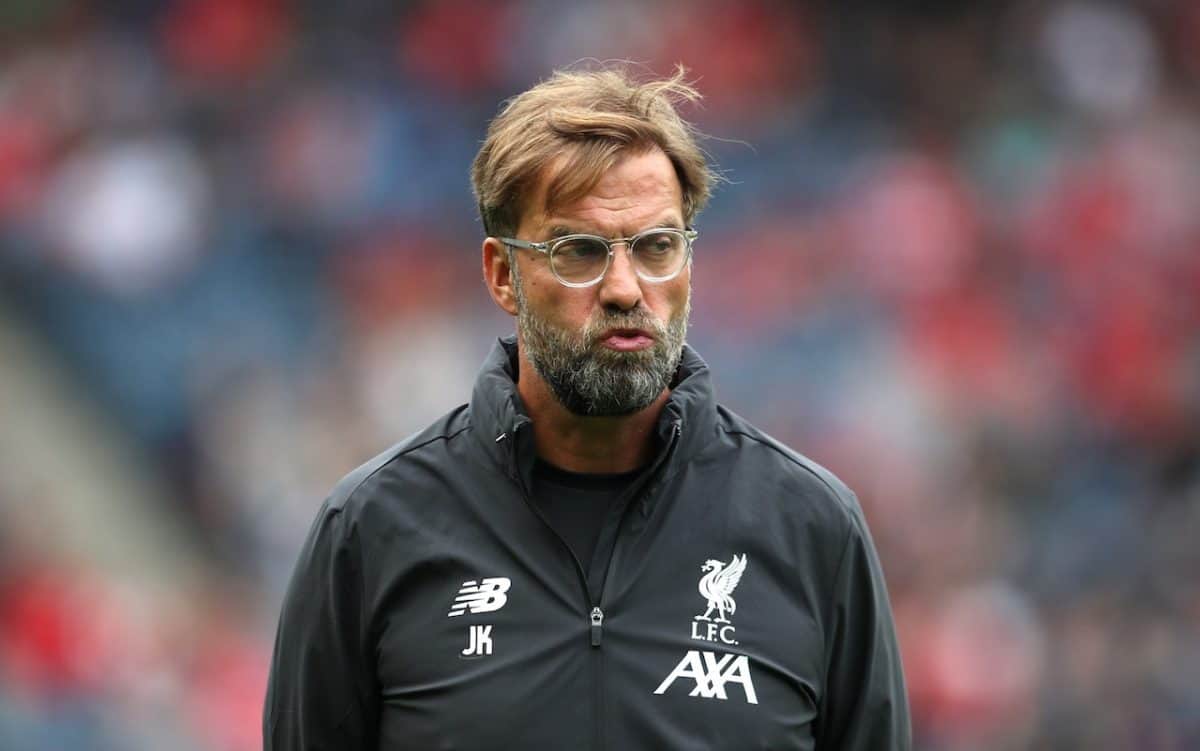 Liverpool face Chelsea in the Super Cup final on Wednesday.

Liverpool were pipped to the Premier League title by Manchester City but the Merseysiders went all the way in Europe’s elite club competition, defeating domestic rivals Tottenham in the Madrid final in June.

While that night in the Spanish capital and the aftermath are special memories for Klopp, the Liverpool manager insists they will not dull his side’s hunger as they pursue further honours this season.

Asked what they need to do to build on their success, Klopp told uefa.com: “Stay greedy. That’s very important – I have no doubt about that, but it’s clear that we have to do that.

“After the (Champions League) final we had about four weeks where everybody was (patting us on the back) and it was brilliant wherever we went.

“It’s just nice, but in a different world things like this can soften you and it can take the power out of you a bit. We are not like this, but it’s a fact that it could happen.

“We only have to do the same again, and with a couple of things we maybe didn’t do too well, we have to do better.

“Knowing that something works out helps you to believe that it’ll work out again, 100 per cent.

“That helps when I try to convince the boys that (anything is) possible. Thank God I’m not the only one in the dressing room who thinks that these things are possible, and that helps a lot.”

Liverpool can add another trophy to their collection on Wednesday when they take on Europa League winners and Premier League rivals Chelsea in the Super Cup final at the Vodafone Park in Istanbul.

Klopp said: “The Super Cup itself is not a cup that I’ve really loved to watch in the past because I was often (the beaten finalist in the Champions League or Europa League).

“The Super Cup is obviously the final proof; if you are not in that game, it means you didn’t win the final. That’s completely different this year, so we’re looking forward to it. It’s a big one.”

While Liverpool opened their Premier League campaign with a 4-1 victory over Norwich, Frank Lampard’s tenure as Chelsea head coach started with a dismal 4-0 hammering at Manchester United.

Lampard has been hindered by Chelsea’s transfer ban over the summer while the Blues sold talisman Eden Hazard to Real Madrid.

Klopp added: “It’s a final, but the big difference between the Champions League final and this game is that it’s a new season, a different opponent.

“I think Chelsea have changed a lot: a new manager, Eden Hazard is not there anymore.”