Mike Ashley’s retailer was due to update the city on Friday morning but did not publish until after markets closed. 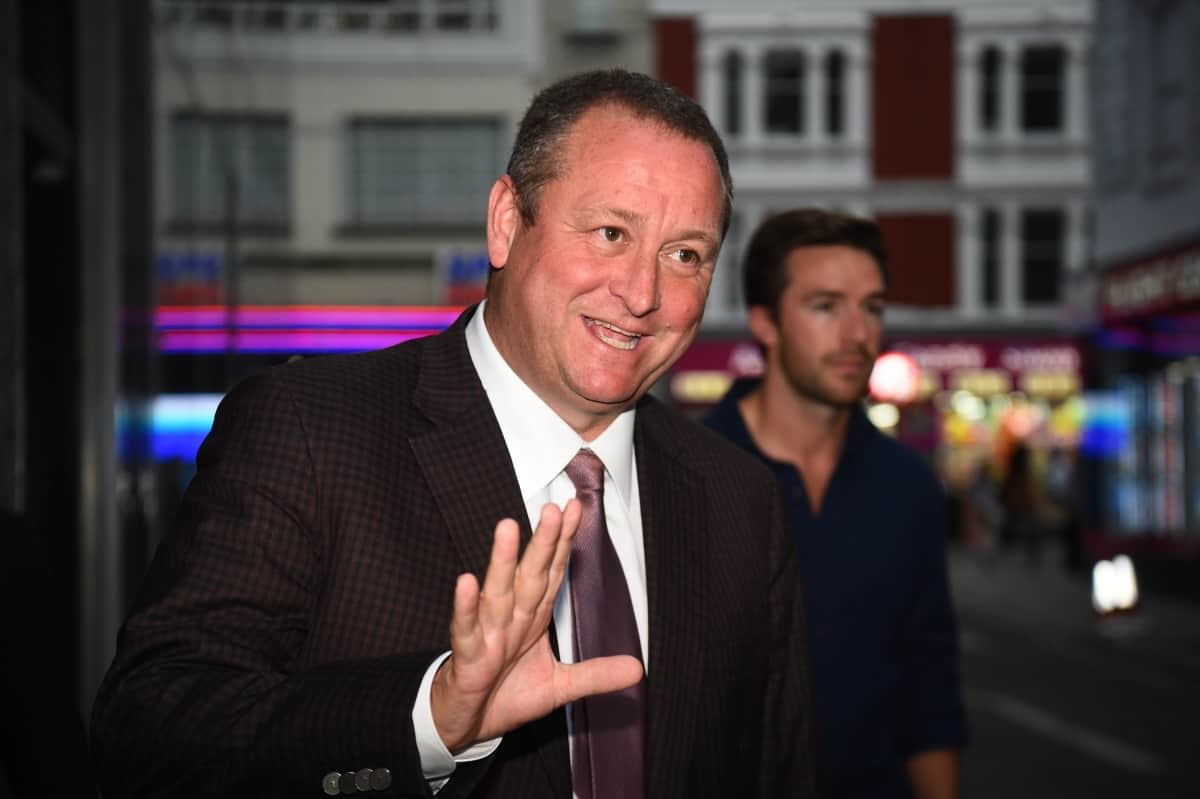 Mike Ashley’s Sports Direct has revealed it is being pursued by authorities in Belgium over a 674 million euro (£605 million) tax bill, following a recent audit.

The company said it was “less than probable that material VAT and penalties will be due in Belgium as result of the tax audit” but the latest battle is expected to unnerve investors.

He will be replaced by deputy finance chief Chris Wootton, following the company’s annual shareholder meeting in September.

And, after a 10-hour delay, the company published its annual results at 5.19pm – nearly an hour after the stock market closed – revealing its House of Fraser may be in terminal decline, with more stores needing to close.

Problems at House of Fraser are so bad, Sports Direct added it would give no financial guidance for this year and would have thought again at purchasing the department store a year ago.

At a meeting of investors and press in London, Mr Ashley said it would be a “bumpy ride” for House of Fraser in the short term, and compared the business to a broken-down car, with some stores still loss-making despite paying no rent.

He also refused to rule out further acquisitions, but admitted: “I don’t know which ones are the winners, I never have.”

The bizarre day was branded a “total shambles” after the retailer delayed publishing its results for the second time in as many weeks.

The FTSE 250 business had been due to release its full-year results on Friday at 7am.

Speculation was rife throughout the day on the reasons for the delays, but the company confirmed the issues with Belgium were the cause.

Mr Ashley was also forced to deny that he was considering taking the company private, insisting that being public was a “good framework”.

“The thing about the City is it actually gives you a lot of disciplines,” he said.

“The City may think I’m a bit undisciplined as it is, imagine if I was private – I’d be uncontrollable!”

Sports Direct said it was informed it was the subject of a tax audit in Belgium only on Thursday, and the fine – which includes 200% penalties and interest – can be contested.

It said authorities are “requesting further information in relation to, amongst other things, the tax treatment of goods being moved intra-Group throughout the EU via Belgium”.

But despite the issues in Belgium, the company said sales across the company grew 10.2% to £3.7 billion. Excluding acquisitions, this was down 1.9% on a “currency neutral” basis.

Its key retail business, which trades under the Sports Direct brand, saw sales rise by just 0.3% to £2.19 billion, although on a like-for-like basis, which excludes new stores, it fell 1.6%.

In typical bombastic style, Mr Ashley also laid the blame for any problems at the feet of auditors, regulators, rivals and advisers.

On House of Fraser, which was bought a year ago for £90 million, Mr Ashley said: “The previous chairman, Frank Slevin exemplified City greed and excess, and as House of Fraser’s future became terminal with people losing their jobs and with more to follow, Mr Slevin thought it suitable to retain these extravagances not appropriate to a business in its death spiral.”

He added that more stores may need to close their doors as “the problems are nothing short of terminal in nature”.

Mr Ashley also attacked the Big Four accountancy firms Deloitte, PwC, EY and KPMG, after all appeared to be cautious at becoming the company’s auditor.

He said: “The SD Group has grown exponentially in size, geography, and complexity over recent years and we do not believe a firm outside of the Big Four will potentially be able to cope with such an audit in the future… (but) Our early discussions with the Big Four have thrown up some barriers.”

But the day was dominated by speculation over when the results would be published.

By 8am on Friday, when the stock market opened, the results were still missing, all planned calls with the media and analysts in the City were cancelled, and a presentation to investors at the retailer’s London head office was scrapped.

Analysts and investors were told to expect a further update at midday.

This was subsequently amended to a 2pm update, and then a 4pm update.

Finally, at 5.19pm the results were published and the City was told the presentation from the company would take place at 6pm. Journalists were told initially they would be banned from asking questions.

Analysts were withering in their condemnation of Sports Direct with suggestions in some quarters that the stock market regulator should intervene.

Neil Wilson, chief market analyst at Markets.com, said: “It’s a total and utter shambles, and betrays a number of problems at the business after (Mike) Ashley embarked on his rather random acquisition spree. Above all, it betrays a total disregard for shareholders.

“It not only raises questions about the haphazard way in which the investor relations and finance teams are run, but also could suggest a material problem with the numbers.”

Another analyst due to attend Friday’s meeting, who did not want to be named, told PA: “I’ve never seen a company do this before. On Thursday afternoon we were told we had a place at the meeting. Then we were told at 8.30am on Friday it was off.

“It shows a huge amount of arrogance from the company to treat people with such contempt. Something’s obviously transpired, but what it is is anyone’s guess.”

Under listing rules, Sports Direct had until August 28 at the latest to publish its results or risk potential sanctions.

The results were initially due for publication on July 18 but this was postponed to a later date.

At the time, Sports Direct said the delay was due to “complexities of the integration into the company of the House of Fraser business” which was bought a year ago.

Bosses also blamed “increased regulatory scrutiny of auditors and audits including the FRC review of Grant Thornton’s audit of the financial statements of Sports Direct for the period ended 29 April 2018.”