"If you don’t like it then you’re part of the problem because all they’re doing is standing up for equality. And if you don’t want equality then just say so." 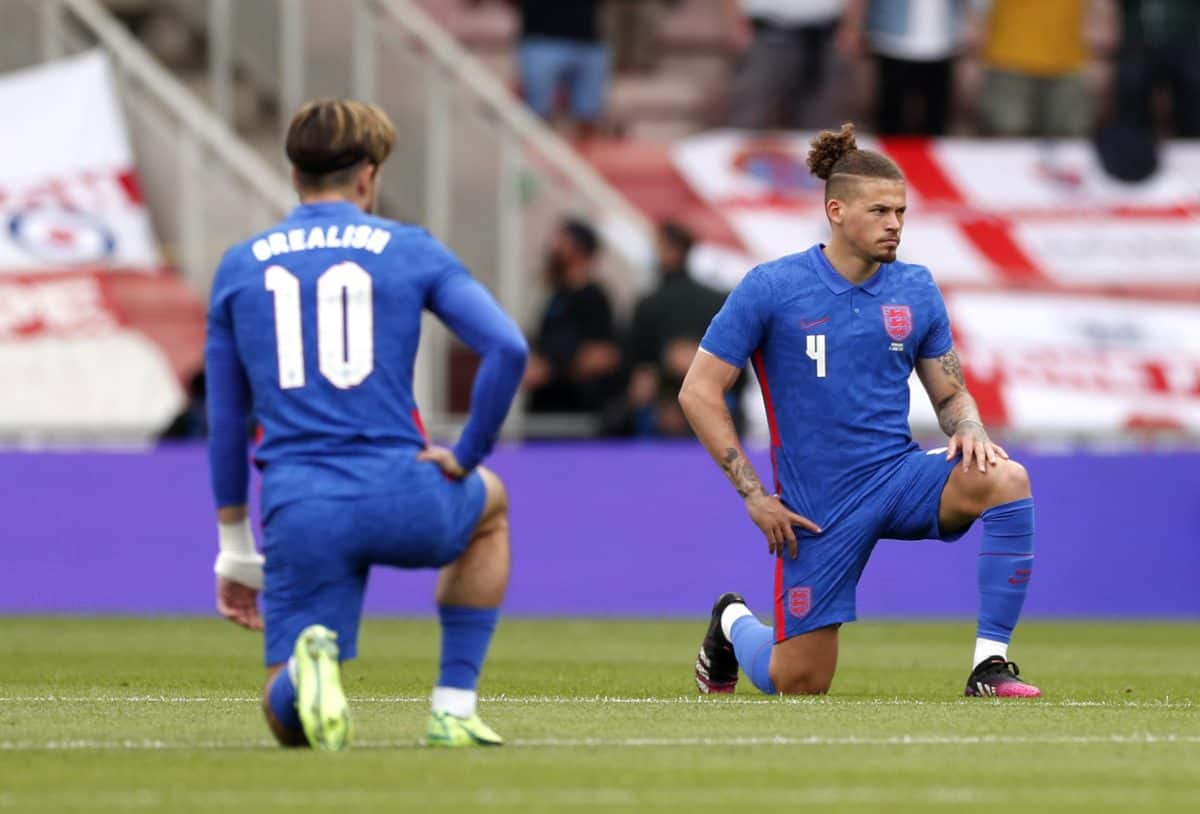 England legend, Emile Heskey, has a strong message for fans who plan on booing Southgate’s players for taking the knee at the Euros this summer.

Boris Johnson has told England fans not to boo the football team for taking the knee in protest against racial injustice after previously failing to criticise the scenes.

A No 10 spokesman said on Friday that the Prime Minister wants the public to “cheer them on, not boo” ahead of Euro 2020 starting and explicitly supported those who decide to take part in the protest.

The Prime Minister’s official spokesman earlier this week declined to condemn those who booed players, only going so far as urging them to be “respectful”.

But Downing Street has now gone further to tell crowds not to jeer the national team after coming under pressure to take a firmer stance.

Asked if Mr Johnson backs players taking the knee, the No 10 spokesman said: “Yes. The Prime Minister respects the right of all people to peacefully protest and make their feelings known about injustices.

“The Prime Minister wants to see everybody getting behind the team to cheer them on, not boo.”

Sir Keir Starmer accused Mr Johnson of “a failure of leadership” by failing to swiftly criticise the booing as the Labour leader backed the squad’s “important collective decision”.

“The idea you boo the team is completely wrong,” he told The Guardian in an interview that took place ahead of No 10 reinforcing its line.

“The Prime Minister was wrong when he refused to call it out. He didn’t have the guts to call it out, he hedged his bets and in doing so he undermined the team on the verge of this competition.”

Speaking to Bookmakers.co.uk, Heskey told fans to listen to the players and if they do not like it, then keep quiet: “I think the players are valid in what they’re doing. If they believe in it, why shouldn’t they do it?

“People are always trying to dictate what players can and cannot do. They players have said what this is for, listen to them and either back them or shut up.

“If you don’t like it then you’re part of the problem because all they’re doing is standing up for equality. And if you don’t want equality then just say so.

“They’re booing their own players, do they think that is going to make them play any better? People have got to understand the situation and stop trying to have their own narratives.”

“The players are so professional I would like to think that they can block it out and go and perform. There might be one or two of them that it does effect, but I really hope it doesn’t. It will be up to the manager to knuckle down and make sure that it doesn’t effect any of them.”

In the same interview, Heskey covered a number of subjects, including whether or not Gareth Southgate will be able to fit Grealish, Mount and Foden all in the same starting XI and Heskey – who played in four major tournaments with England – believes it’s a case of “de ja vu” following his time with England and the ‘Golden Generation’.

“This is the problem we’ve always had – trying to fit in as many players as possible, but we’ve got to find a balance, you can’t just put everyone in and think that it’s going to click. I remember when we ended up playing Paul Scholes – one of our best ever central midfielders – on the left wing just to fit him in.

“I think Southgate will be sensible with it, we’ve got some fantastic players and that’s not just one game it’s for the long haul, so bringing on fresh legs to go out and expose tired legs is a wonderful thing to be able to do.

“We’ve got so much ability that we’ve got to be careful not to just throw everyone on the pitch and expect it to work.

“I’d go with a front three of Foden, Sterling and Kane.”