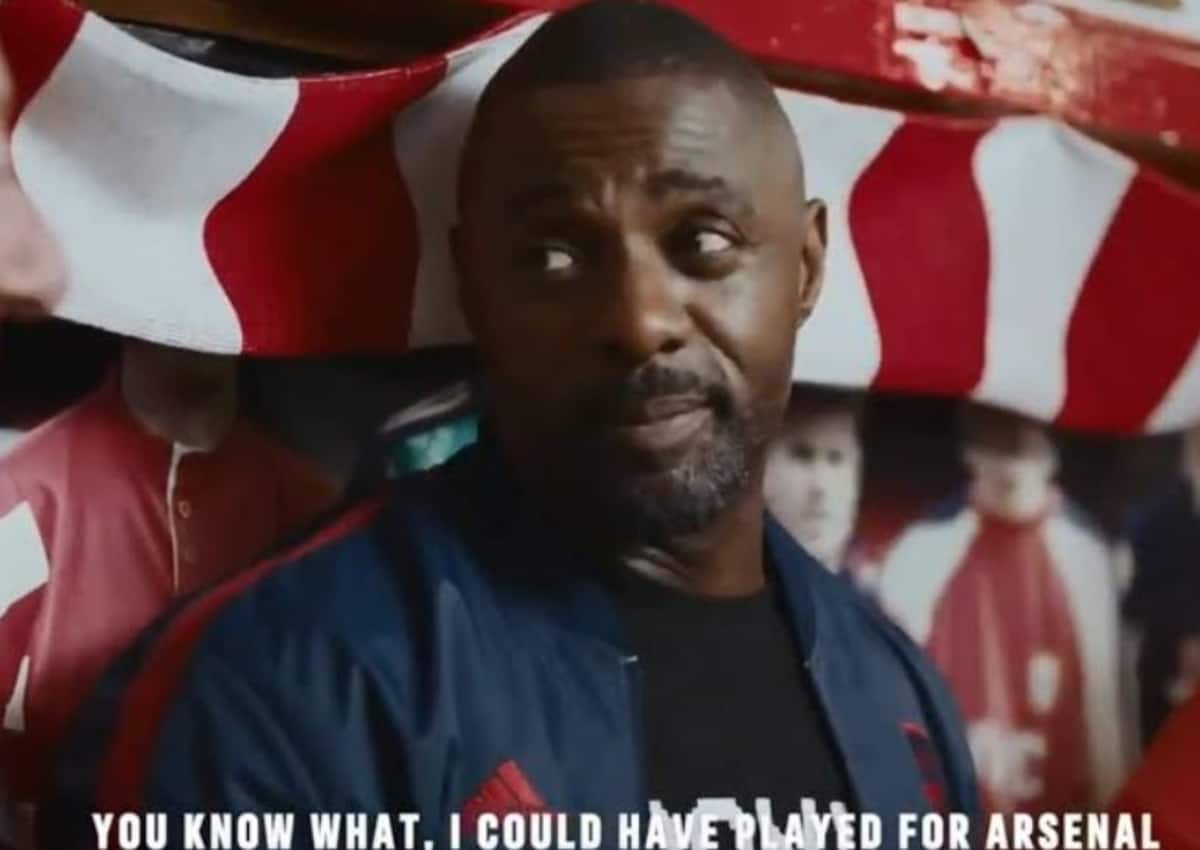 Arsenal fans have been rather excited about the new kit deal with Adidas worth a reported £300 million.

So excited that first leaked photos of Arsenal’s new retro kit which harks back to the retro Adidas kits of the early nineties worn by the likes of Ian Wright were leaked all over social media and the sports press.

And now a new video to launch the kit has been leaked too and gone viral after apparently it was uploaded to Youtube by Adidas and set to ‘Unlisted’ rather than ‘Private’ by mistake.

But the cat is out of the bag, and in a hilarious advert, Idris Elba joins an all star cast including Ian Wright, with Aubameyang, Bellerin, Ozil and other Arsenal stars going proper North London.

The kit harks back to Arsenal’s previous iconic Adidas kit, well loved by Gooners but one that divides football fans.

According to 2,000 football fans polled, Arsenal’s ‘bruised banana kit’ worn from 1991 to 1993 was recently voted the worst football shirt of all time.

But the ad is guaranteed to put a smile on Gunners fans faces whatever the potentially very underwhelming summer transfer season is destined to not bring to the North London club.