Last week President Xi told President Biden that "whoever plays with fire will get burnt", as Pelosi was due to visit Taiwan. 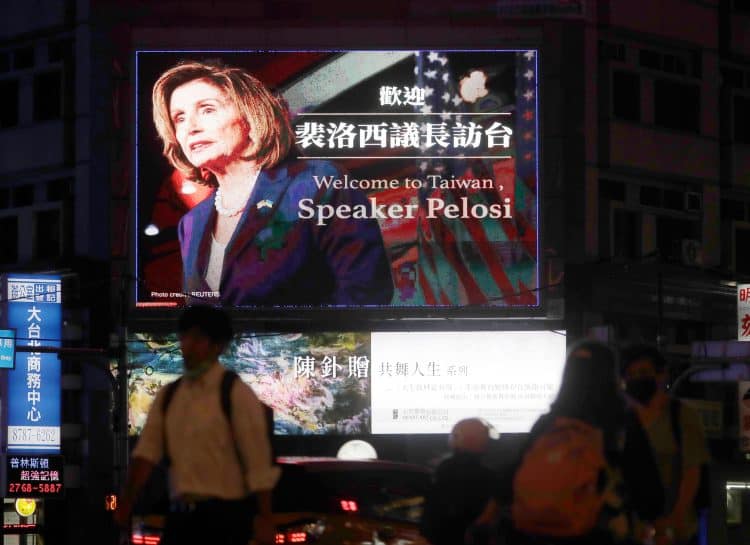 Chinese tanks have lined the Fujian coast by the Taiwan Strait in a video shared on the Chinese social network Weibo.

Chinese jets are also crossing the Taiwan strait, according to reports in the country’s state media.

They are reportedly Su-35 fighter jets.

Beijing warned it would respond to any potential visit from Nancy Pelosi.

Last week President Xi told President Biden that “whoever plays with fire will get burnt”.

On Monday foreign ministry spokesman Zhao Lijian warned of “serious consequences” of the leading US Democrat’s visit and said the People’s Liberation Army (PLA) would not “sit idly by”.

Meanwhile the PLA’s eastern command, which covers the part of the mainland nearest Taiwan, released a video on social media saying it was “fully prepared for any eventuality”.

It comes as US house speaker Nancy Pelosi has arrived in Taiwan, becoming the highest-ranking American official to visit the self-ruled island that is claimed by China in 25 years.

Ms Pelosi’s visit has triggered increased tensions between China and the United States.

China claims Taiwan as part of its territory, to be annexed by force if necessary, and views visits by foreign government officials as recognition of the island’s sovereignty.

The government in Beijing had warned of “resolute and strong measures” if Ms Pelosi went ahead with the trip.

The Biden administration did not explicitly urge her to call the visit off, while seeking to assure Beijing it would not signal any change in US policy on Taiwan.

Related: China ready to deepen relations with the Taliban