Arsenal have won their opening five games of the Premier League season to sit top of the table, but Keys isn't happy about it. 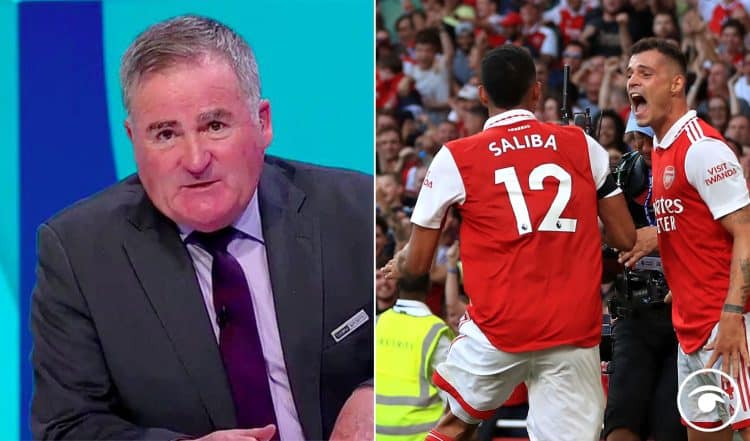 Granit Xhaka has hailed the change in mentality at Arsenal but has warned they still have to learn to kill off the opposition.

The Gunners have won their opening five games of the Premier League season to sit top of the table.

A hard-fought 2-1 win over Aston Villa at the Emirates Stadium on Wednesday night followed a victory by the same scoreline over Fulham four days earlier.

Looking good for the Gunners.

However, a few days ago presenter Richard Keys slammed Arsenal for celebrating after beating Fulham.

Nigel de Jong put him in his place though!

He also retweeted this:

People were quick to pile in on Keys…

Despite Arsenal starting the season with five wins from five, Xhaka still wants to see improvements in the way Mikel Arteta’s side control a game.

“We deserve the three points, I think, in the first five games,” he added.

“We have to learn, you can’t always concede and come back like against Fulham or Villa, we have to try to finish and to kill the game before that.

“I knew the project. The project was five years. We are now in the third year. It’s the half of the project.

“If you achieve something this season you can build from next season to something else.

“But at the moment we are looking very good, very dangerous and we have to keep working, we have to keep believing in ourselves first and to take the people around with us.”

Related: Richard Keys slams Arsenal but is it put back in his box by Nigel De Jong