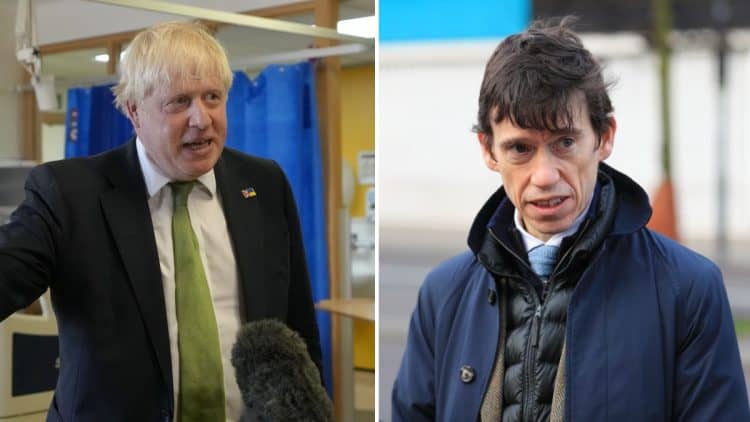 Boris Johnson could try to force his way back into office, a former Conservative Cabinet minister has predicted.

Rory Stewart, who ran against Mr Johnson for the Tory leadership in 2019, likened the outgoing Prime Minister to former Italian premier Silvio Berlusconi and ex-US president Donald Trump, who are plotting comebacks.

The former international development minister told BBC Radio 4’s Today programme: “I’m afraid he has an extraordinary ego and he believes that he was badly treated.

“He doesn’t see the reality”

“He doesn’t see the reality which is that he was a terrible Prime Minister and that he lost his job because of deep flaws of character.

“And yes I fear we’re going to end up with a second Berlusconi or a second Trump trying to rock back in again.”

Mr Stewart also told The Guardian: “I think he is dangerous and there are people out there who want him to come back…

Mr Johnson could reportedly take another shot at the leadership if his successor, widely expected to be Ms Truss, is brought down by the cost-of-living crisis.

One obstacle could be the Commons Privileges Committee inquiry into whether Mr Johnson lied to MPs over Downing Street lockdown parties, but some of his allies have already denounced the probe as a “witch hunt”.

Mr Stewart, a long-time critic of Mr Johnson, quit the Conservative Party in 2019 after losing the whip for voting to block a no-deal Brexit.

He has been appointed president of the GiveDirectly international aid charity.