Poor Luke Shaw and Harry Maguire seemed to play the last 20 minutes against Spurs in a sort of catatonic trance. 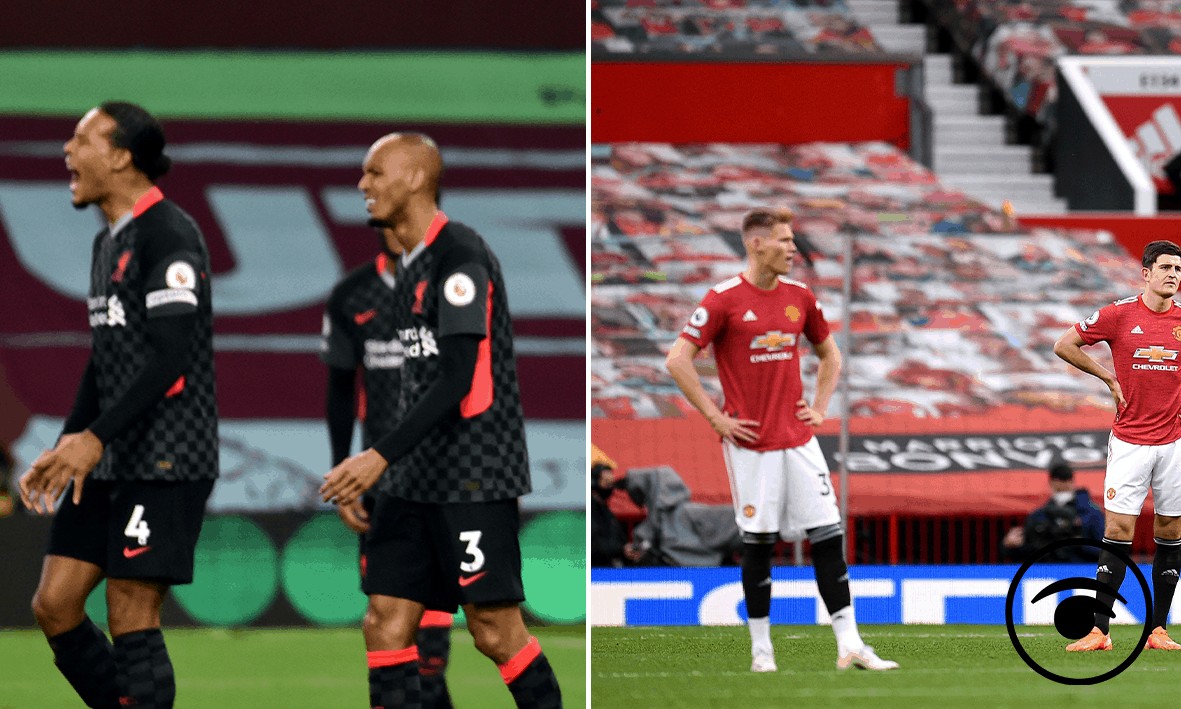 Name a world-class defender currently playing in the Premier League. Yep, apart from Virgil van Dijk. OK, Aymeric Laporte is excellent when fit. Any more? If you’re now babbling about Jonny Evans being underrated, or praising Aaron Wan-Bissaka’s potential, then deep down you know you’re struggling.

As Bonnie Tyler nearly sang, where have all the good defenders gone? This season is admittedly still young, but let’s be honest, it’s been bonkers, this last weekend in particular. Goals, goals and more goals. Yes, there are mitigating circumstances. A combination of IFAB’s ‘clarification’ of the handball law, and VAR has led to a large increase in penalties being awarded; lack of a proper pre-season may explain why very few teams are able to defend as a unit; there has been some irresistibly brilliant attacking play so far this season; and the insistence of playing out from the back means that possession is often conceded in extremely dangerous areas.

Is this enough, however, to explain the bare statistics? Since Sky invented football in 1992, the average goals per game in the top flight is 2.66. There has been a slight upward trend since 2009-10, with an average of 2.75 goals per game perhaps reflecting an increased emphasis on attack, or at least on attacking structure. So far, with a small sample size, the average goals per game this season is 3.79. That is a huge anomaly. I am sure we will see a regression towards the mean as players tire, form ebbs and flows, and familiarity helps players defend as a unit, but it is still quite the trend-bucker.

Statistics can tell a story. So can the naked eye. That particular stat may suggest that the quality of defending has been poor so far this season; the naked eye can confirm that with bells on. How many excellent chances have been created for the attacking side by unnecessary over-indulgence from a defending side in their own penalty area? The Newcastle v Burnley game seemed to consist mainly of Nick Pope trying to recover from a poor first touch as Callum Wilson scented an easy tap-in. How often has a defence been bemused by the cunning tactic of one attacker dropping deep to pick up the ball, and the slipping the ball through for another making a run off the last defender? Has no-one seen Jamie Vardy play before?

These failings are broadly systemic; adherence to a style that prioritises retaining possession of the ball no matter where on the pitch will of course lead to mistakes, but encouraging an opponent to engage higher up the pitch creates space elsewhere to be exploited. A high press necessitates a high defensive line to avoid huge gaps in midfield; naturally you’re going to be vulnerable to through balls for speedy forwards.

But many more failings are simply utterly avoidable individual errors. Harry Maguire’s pitiful efforts to clear the danger in the lead up to Tottenham’s first goal was the prelude to a woeful performance which suggests he needs a few weeks away from the game to clear his head. Trent Alexander-Arnold looked bemused, almost affronted, that Aston Villa were daring to attack down his flank, unable to decide whether to press the ball or track a runner, and doing neither. Mahmadou Sakho twice made poor contact trying to clear the ball, leading to a goal both times. Maybe the sharpness and awareness of today’s forwards mean such errors are more likely to be punished with a goal, but it does seem they are occurring far more frequently.

This may come across a bit Grandpa Simpson shouting at the clouds, but it never used to be like this, even a few years ago. What has happened to defenders that dominate, defenders who seem physically in another league, whose anticipation snuffs out dangerous attacks before they’ve begun, who seem to take delight in thwarting forwards? Think of Jaap Stam firmly relieving some upstart striker of the ball; remember Rio Ferdinand matching a pacy forward stride for stride, before intervening at the perfect moment, and bringing the ball away to start an attack; or Vincent Kompany just happening to be in the way of the final pass to prevent a clear chance.

It has to be said that in today’s game defenders have a different role. Centre-backs must be comfortable accepting the ball in tight situations, while full-backs are now part playmaker, part winger. That is true, but ability with the ball, and defensive nous are not mutually exclusive. Thinking of centre-backs, Ferdinand, Kompany, Ledley King and Ronny Johnsen were all superb on the ball, yet concentrated primarily on preventing goals, while at full-back Ashley Cole and Denis Irwin are two of the finest pure defenders of the modern game, but still contributed hugely in an attacking sense.

There is also a question of players’ mentality this season. The whole country is suffering from a mental fatigue. We have had to draw on huge physical and emotional reserves just to keep going, and the thought of needing to do so for at least the next six months is exhausting. Players have had little rest in between seasons, and the pressure of being one of the few public-facing industries to continue in a similar guise to pre-COVID must be immense.

In the past two weeks, we have seen last season’s top three lose games 5-2, 6-1 and 7-2. These are not normal scorelines. What was noticeable was how, once behind, all three of Manchester City, Manchester United and Liverpool seemed to give up. It looked as if Aston Villa were going to score every time they had possession, and poor Luke Shaw and Harry Maguire seemed to play the last 20 minutes against Spurs in a sort of catatonic trance. Is this a symptom of emotional exhaustion? Does the lack of fans in the stadium mean there is no external encouragement when you’re three goals down, running on empty, and Jack Grealish has the ball in the inside-left channel again?

Maybe this is all an over-reaction. Maybe in a world where nothing is as it was before, it is not surprising to see football fail to follow established expectations. When (please God when) our lives start to return to a state we can call normal, perhaps football will do so too, and we will see the game that we love reliably churn out 2.7 goals per game once again. But, seriously, where have all the good defenders gone?