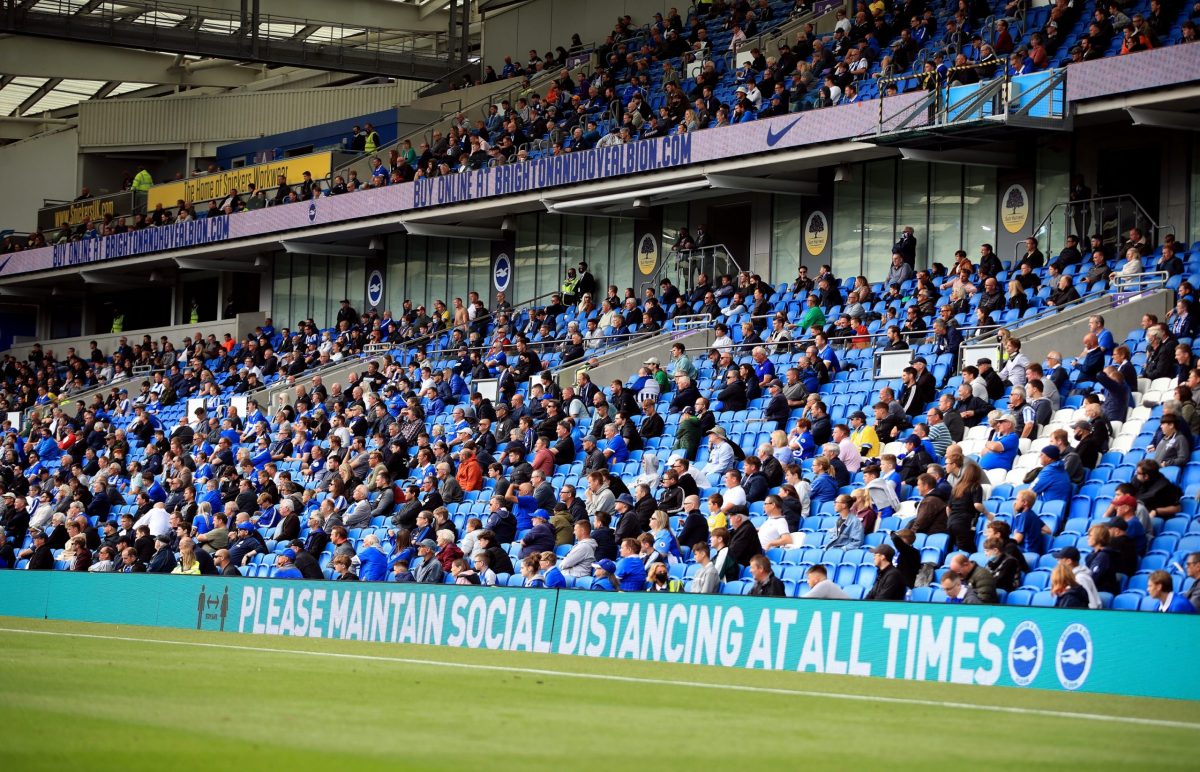 Football risks witnessing “the collapse of the national league structure that we have known for over 100 years”, a group of prominent figures has warned the government.

Many EFL and National League clubs, they said, are now preparing to “cease playing… and put their business into administration”.

“We would ask that the government now make clear what financial support it’s prepared to give before it is too late,” the group said.

“In order for clubs to sustain themselves over the winter and keep playing, they would need to be compensated for the loss of match ticket sales. There is still time to act, but not long left.”

Dowden said on Sunday that he hoped the Premier League would work with the government to help bail out lower-league clubs.

But the group – which includes Damian Collins, former chairman of the Department for Digital, Culture, Media and Sport select committee and chair of the Football Supporters’ Association Malcolm Clarke – argue that relying on the big clubs is not enough.

“The absence of this income is not a result of their actions, but the policies that have been put in place by the government,” the letter states.

It continues: “Without any plans being made to rescue football clubs, many in the EFL and others in the National League as well, are now actively preparing to make all but essential staff redundant, cease playing, close down their youth academies and community foundations, and put their business into administration.

“This could lead not only to the failure of many historic community clubs, but the collapse of the national league structure that we have known for over one hundred years.

“These are decisions that will be made in the coming weeks, with many clubs unable to meet their payroll obligations for next month.”

Referencing a £1.5 billion bailout given to arts and cultural organisations in July, the group added: “We believe that football, like other well-loved professional sports in this country, is also a cultural activity.”