Kilmarnock were humbled by Connah’s Quay Nomads in Europa League qualifying on Thursday. 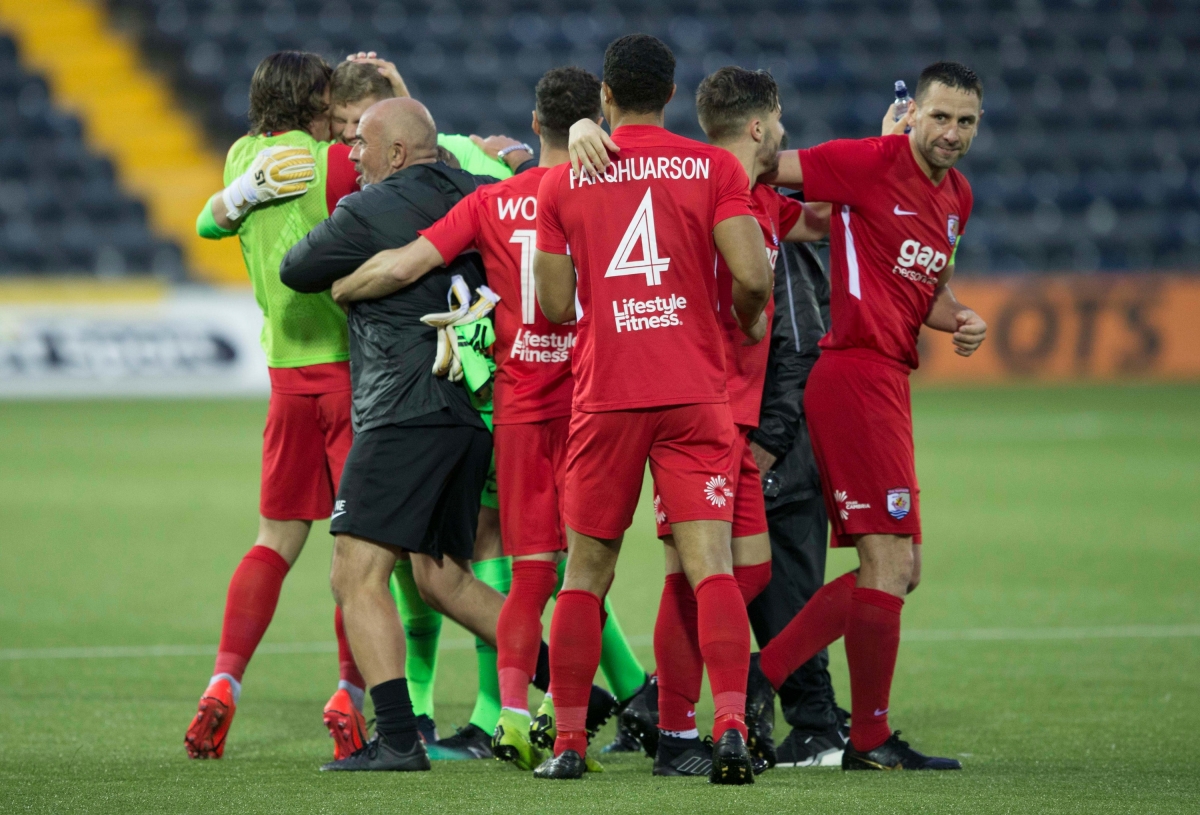 Kilmarnock were humbled by Connah’s Quay Nomads in Europa League qualifying on Thursday.

Scottish football suffered its latest humiliation on the European scene on Thursday night when Kilmarnock crashed out of the Europa League to Welsh part-timers Connah’s Quay Nomads.

Angelo Alessio’s side had a 2-1 lead from the first leg but crumbled 2-0 at Rugby Park as their first appearance in UEFA competition since 2001 ended in disaster.

Here, PA takes a look at five other results which brought shame on the nation.

Gordon Strachan’s Parkhead reign could not have got off to a worse start as the Hoops were thumped 5-0 in the Slovakian capital. They trailed 1-0 at the break but the roof caved in during the second half as Juraj Halenar’s hat-trick sealed the club’s worst result since a six-goal drubbing by Kilmarnock in 1963. Strachan’s men threw everything at Artmedia back in Glasgow but could only manage four goals as they crashed out 5-4 on aggregate.

Falkirk had waited 55 years to qualify for continental competition and finally got their chance after finishing as Scottish Cup runners-up. However, it proved to be a nightmare introduction for the Bairns as Eddie May’s side fell flat at the first hurdle after coming up against a side forced to played in the Swiss league because their native Lichtenstein does not have its own set-up. Ryan Flynn scored the club’s historic first European goal but it was wiped out in the second leg as Vaduz won 2-0 to edge through on aggregate.

As a member of the Gothenburg Greats, Mark McGhee played a part in the Dons’ greatest ever triumph with their 1983 Cup Winners’ Cup final success against Real Madrid. But his first match as Reds boss ended in humiliation as their Czech visitors ran riot at Pittodrie with a 5-1 mauling. Aberdeen slumped again in the return leg, this time going down 3-0, as they surpassed their previous worst European result – the 5-0 aggregate pasting from eventual European champions Liverpool in 1981.

Hibernian were the first ever British club to play in European competition when they marched all the way to the semi-finals of the inaugural European Cup in 1955 but the club’s proud history suffered a dent 58 years later when they were humiliated 9-0 on aggregate by the Swedes. A campaign that would eventually end in relegation started just as painfully as Malmo followed up their two-goal win at home by crushing Pat Fenlon’s side 7-0 in front of a shell-shocked 16,000 Easter Road crowd.

Pedro Caixinha splashed out £8.5million as he looked to prepare Gers for their first European adventure in six years but it was not enough to guarantee safe passage beyond minnows Neiderkorn of Luxembourg. Kenny Miller did give the Light Blues a narrow first-leg lead after a nervy Ibrox clash but disaster struck in the Grand Duchy as Progres won 2-0 to seal what for many is the single worst result in Rangers’ history. Needless to say, Caixinha did not last much longer.