A stunned student says he spotted Usain Bolt – in his local KFC. Louis Anderson snapped a photo of the athlete collecting food at the fast-food restaurant in Filton, Bristol. Stunned Louis said he was “starstruck” when he spotted the eight-time Olympic gold medallist and world’s fastest runner. Louis wroteon Twitter: “So just walked into […] 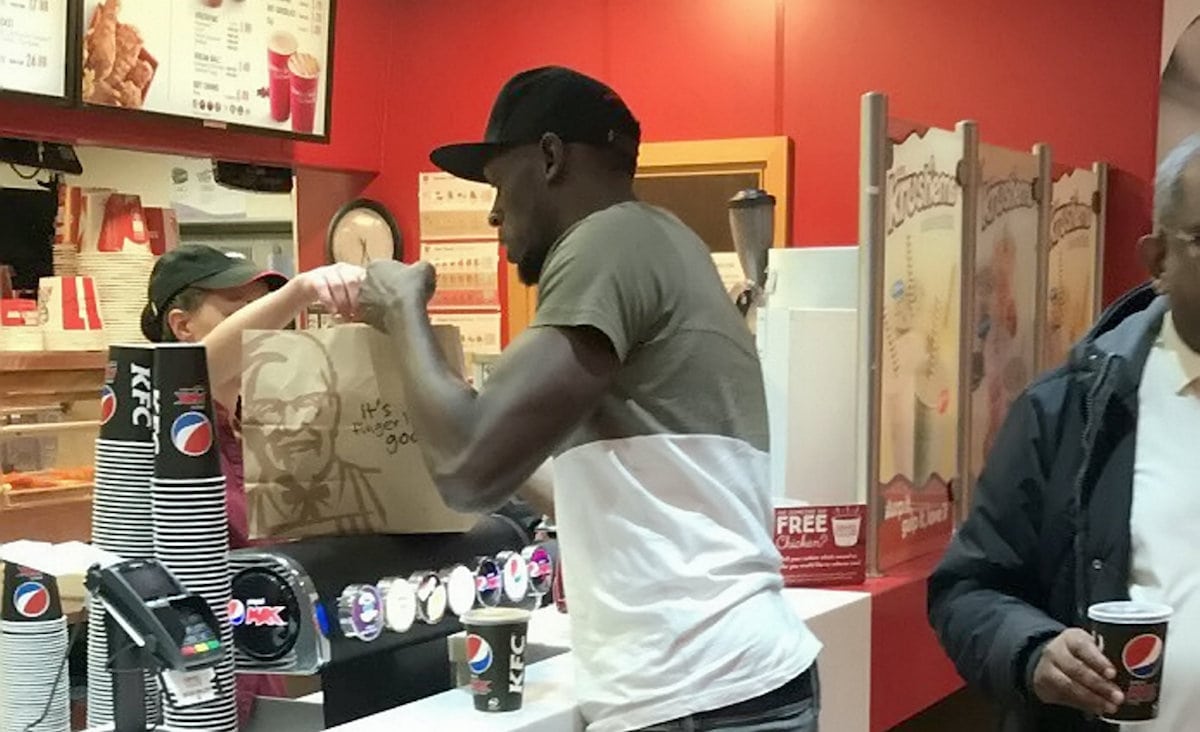 A stunned student says he spotted Usain Bolt – in his local KFC.

Louis Anderson snapped a photo of the athlete collecting food at the fast-food restaurant in Filton, Bristol.

Stunned Louis said he was “starstruck” when he spotted the eight-time Olympic gold medallist and world’s fastest runner.

The photo, snapped at a KFC branch, was taken on Wednesday evening in Filton, Bristol – where Bolt has family.

Bolt was later seen checking into a local hotel – carrying a kitchen dinner.

But UWE student Louis said that although he immediately recognised the world’s fastest man, other people appeared not to have noticed.

He said: “As soon as I saw him, I recognised him. But I’m not sure anyone else even noticed. I was starstruck, I was too scared to ask for a selfie.”

Louis said Bolt was wearing a black cap, jeans, and Puma trainers – his footwear sponsor – and picking up a big bag of food to go at the Filton branch.

The sprinter didn’t hang around for pleasantries, and was gone within five minutes after picking up his food.

Actor Rufus Jones, who is currently filming in Bristol, later wrote on Twitter: “Day 4 filming here in Bristol. Usain Bolt just checked in to our hotel, carrying a chicken dinner.”

It is unknown as to why the relay world record holder would be in the city, but he does have family nearby – his second cousin, Vinette Jones, who lives in Filton.

Mysteriously, just a few hours before Louis Tweeted his photograph, Bolt had posted a picture of himself on Instagram, which showed him popping open a bottle of champagne – in France.

And the runner was also snapped posing for a selfie with a fan last night in London’s upmarket Mayfair district.

Staff at the KFC branch in Bristol were unable to confirm that Bolt had visited the restaurant, and his cousin Vinette in Filton did not wish to comment.