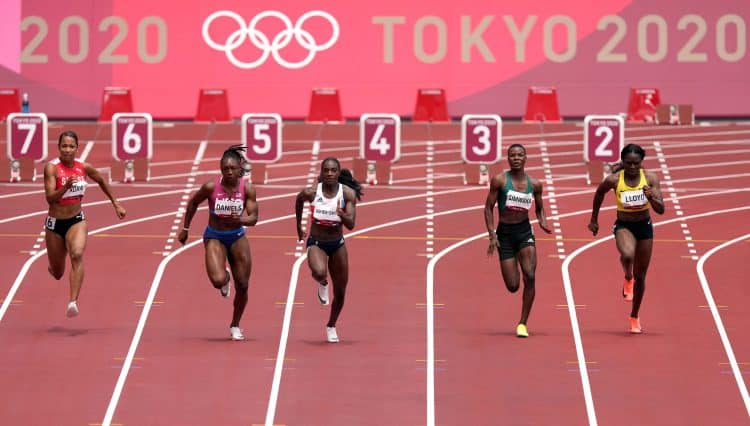 With the Tokyo 2020 Olympic Games finally underway after being postponed for a year, the world’s attention has momentarily turned away from the pandemic and towards the Japanese capital. Given the unprecedented conditions under which these Olympics are taking place, the usual focus on the medal table has been accompanied by an unprecedented level of interest in organisational details that would usually escape notice at an event held under more normal circumstances, especially in the days and weeks that preceded the opening ceremony.

Unfortunately, global media coverage of the preparations ahead of these highly unusual Games repeatedly fell victim to misinformation that spread widely on social media and invariably influenced the narratives put forward by trusted news outlets. A closer look at the exaggerated claims and flat-out fabrications propagated about the Tokyo Olympics offers valuable lessons for how new media and their audiences should approach potentially misleading information in the age of Covid.

A few days before the Olympics were about to begin, tabloid New York Post quoted a tweet by US distance runner Paul Chelimo in which the 2016 silver medallist claimed the cardboard beds provided in the Olympic village were made intentionally flimsy in an attempt to stop athletes from having sex because of the potential spread of Covid. After the Post’s website featured Chelimo’s tongue-in-cheek tweet, the claim that the Tokyo Olympics were planning to make athletes sleep on “anti-sex beds” became so widespread that Internet comedians and late-night show hosts took it as a fact and featured it on their programmes.

It was, of course, completely false.

Despite descriptions of the beds as “being made out of cardboard,” the frames are actually made out of an ultra-strong paper-based material that is structurally very different from regular cardboard. The mattresses, for their part, are made of polyethylene materials, which makes the beds completely recyclable. From the outset, the decision to use these materials had everything to do with making the Olympics greener.

The Tokyo Olympic organizing committee’s decision to produce the beds purely using recyclable materials (for the first time in the history of the Games) was reported by international media outlets like USA Today as soon as the Tokyo organisers announced it in 2019, with the Associated Press quoting Olympic Village manager Takashi Kitajima in saying the bedframes were “stronger than wood” in January 2020 – two months before Covid-19 became a planetary concern.

After arriving in Tokyo, several Olympians used the opportunity to dispel claims about the beds being flimsy. Irish gymnast Rhys McClenaghan became the most visible after posting a video on Twitter which shows him testing the strength of the beds by jumping up and down on one. As a group of Israeli baseball players proved in a viral TikTok video, it takes no fewer than nine grown men jumping on the bed at the same time to do serious damage to it.

Covid and the Olympics

The controversy over Olympic bedding was hardly the first example of misleading reporting about the coronavirus pandemic. Between the theory that Covid infections could be caused by 5G networks and the various “miracle cures” promoted without any scientific basis by unscrupulous public figures worldwide, it was perhaps inevitable that Covid falsehoods would also impact the Olympics.

The first, most widespread example of misinformation in this regard might be the current extent of the Covid-19 pandemic in Japan. While it is true the country is currently experiencing a new wave of infections, Japan has managed to keep the number of cases lower than most other industrialised countries and has far outperformed both North America and Western Europe in terms of controlling the spread of the coronavirus. Even with cases rising over the last few weeks, the incidence rate for new infections has consistently remained far below most of the rest of the industrialised world; as of July 29th, the rate of new cases per million people stood at 45 in Japan, as opposed to 185 in the United States, 289 in France, and 547 in Spain.

The effect the Olympics are having on the pandemic in Japan has also been overstated. The decision to hold the Games without spectators has substantially reduced the risk for the disease to spread, and while Tokyo has avoided imposing a full lockdown, city officials have heightened the security measures in place for the duration of the Games. So far around 20 athletes out of a total of more than 11,000 present at the Olympics have tested positive for the virus, but every single athlete at the event is tested daily and over 80% have been vaccinated, making the Olympics one of the rare places on Earth to enjoy herd immunity from Covid.

Some reporting on public opinion about the Olympics in Japan itself has proved problematic. While many news outlets have claimed a majority of Japanese people did not want the Games to go ahead, their reports have often conflated those who opposed the event outright with those who only wanted the Games moved to a more convenient date. Polling in late June showed that only 32% of the population wanted the competition to be cancelled outright. By comparison, the Rio 2016 Olympics were opposed by half of all Brazilians, even without the challenge of a pandemic.

Ultimately, despite the decision by some publications to call the Tokyo Olympics the “Covid Olympics,” the past several days of successful events have gone a long way towards vindicating Japan’s decision to press forward with the Games, with Tokyo’s organisers emerging as perhaps the most dogged competitors of them all.